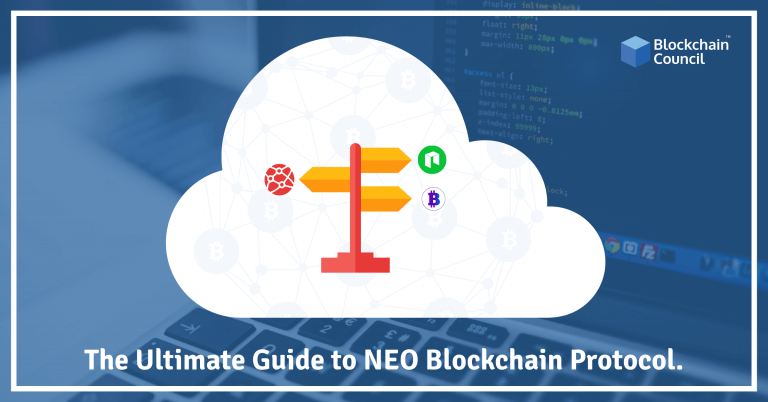 If you are passionate about cryptocurrencies and blockchain, you would have certainly heard of the ‘NEO blockchain.’

NEO is a blockchain platform which facilitates the development of smart contracts and digital assets. The word NEO originates from the ancient Greek language and translates as ‘new,’ ‘modern,’ and ‘young’. NEO aims to use smart contracts to become a decentralized, digital, and distributed platform for non-digital assets. Its specific goal is to become a digital alternative for asset transfers which are currently non-digital.

Formerly known as ‘Ant shares,’ NEO is commonly referred to as “the Ethereum of China,” as it is similar to the Ethereum blockchain. NEO was founded in 2014 by Da Hongfei and Erik Zhang. Antshares has been regarded as China’s first blockchain platform. In 2016, Da and Erik founded OnChain, which is a venture-backed company providing blockchain-based financial services. They established this as the interest in AntShares was growing and there was a need for a blockchain solution for both government regulators and private companies. AntShares was rebranded as NEO in the year 2017.

Though NEO is similar to Ethereum, there is one fundamental difference: While Ethereum is an abstract, foundational layer enabling other projects to build their Dapps on top of, NEO is more geared towards the components of a smart economy such as digital assets, digital identities, and smart contracts.

Let us now examine some of the interesting features of NEO.

NEO aims to use smart contracts to convert traditional assets into digital assets. These are centralized and are protected by law by using digital certificates on the blockchain which guarantee trust. Digital assets exist in binary format with the ‘right to use’ which qualifies it as a digital asset. Blockchain makes asset digitization of assets safe, trustworthy, and decentralized.

The two types of digital assets are:

Smart contracts are self-executing contracts which have specific instructions written on the code which gets executed when certain conditions are fulfilled. A smart contract must be immutable and can run on multiple nodes without compromising integrity. The three features required of a smart contract on NEO are terminable, deterministic, and isolated.

In NEO, developers need not learn a new smart contract language, unlike the Ethereum blockchain. If you are a developer who uses C#, Java, or any other mainstream language, you can now get started with coding your smart contracts. NeoVM, NEO’s Universal Lightweight Virtual Machine, provides the advantages of high concurrency, high scalability, and high certainty for smart contracts created on the blockchain.

NEO enables the creation of identity information of individuals, organizations, and entities in electronic form. Identity verification in NEO is done by the following methods:

For the smooth functioning of the digitization of assets, having trustworthy digital identities is critical. Digital identity can be defined as the information on an entity which is used by computer systems for representing an external agent. NEO uses X.509 digital identity standard. It is a widely accepted digital certificate issuance model. It is based on Public Key Infrastructure. Along with this, the Web of Trust point-to-point certificate issuance mode is also supported.

The NEO platform is equipped with numerous developmental mechanisms and tools to support the creation of decentralized applications. A few examples of Dapps currently being created on the NEO blockchain are decentralized exchanges, smart funds, and AI-assisted legal smart contracts.

The consensus algorithm used by the NEO blockchain is dBFT. It stands for Delegated Byzantine Fault Tolerance. In dBFT, consensus nodes are chosen by NEO holders for block generation and transaction validation. These nodes must meet definite performance requirements and must also simultaneously maintain a threshold of NEO tokens. An advantage of the dBFT system is that it supports a higher number of transaction volumes and consumes fewer resources. However, this is done at the cost of centralization, where consensus nodes must be trusted to act within the best interests of the network.

NEO is considered the fastest blockchain among all the major protocols. It carries out almost 1000 transactions per second. NEO’s streamlined dBFT mechanism makes faster transaction speed possible. This speed will help in further expansion of NEO’s smart economy. However, higher speeds mean higher centralization. This is evident where only a small group of miners called consensus nodes are given the power to mine transactions.

NEO, unlike Ethereum, does not have a native programming language. One disadvantage associated with this is that the functionality of NEO smart contracts is not as flexible and versatile as Ethereum. However, the main advantage is that developers can easily engage in smart contracts using a variety of mainstream computing languages such as Python, C++, and Java. This frictionless integration with the current developer ecosystem minimizes barriers of entry to millions of developers who are eager to explore smart contract functionalities and blockchain technology. NeoVM is concurrent and highly scalable.

The two native tokens of NEO platform are:

1. NEO- These are used to create blocks and manage the network. These represent the ownership of the NEO blockchain. If you hold NEO tokens in your wallet, you will be rewarded with GAS tokens.

2. GAS- These provide you the right to use the NEO blockchain. GAS is the fuel which powers transactions in the NEO system. It is similar to how Ether works in the Ethereum network.

The holder of NEO tokens is entitled to rights such as NEO network parameter changes, bookkeeping, etc. NEO is a token which gives voting and decision-making rights. GAS fuels smart contracts to get things done. GAS is the currency, which is exchanged inside the NEO ecosystem. For better user experience, the NEO network votes and sets a threshold to exempt GAS from a certain amount of smart contract operations and transfer transactions. In case of a large number of spam transactions, users with NeoID can prioritize their transactions and smart contracts over the others. Users without a NeoID can prioritize their transactions by paying more GAS.

With NEO being hailed as a direct competitor to Ethereum, let us now understand how they are similar to each other.

By market capitalization, NEO is regarded as one of the top cryptocurrencies. Considering its strong potential, it is looked at as a good option for long-term investment. The biggest advantage NEO has over Ethereum is the relatively low barrier to entry and the fact that developers need not learn a new language for the creation of smart contracts. Though the future of NEO remains to be seen, it is certainly an amazing platform for developers which can be added to the ever-expanding cryptosphere.