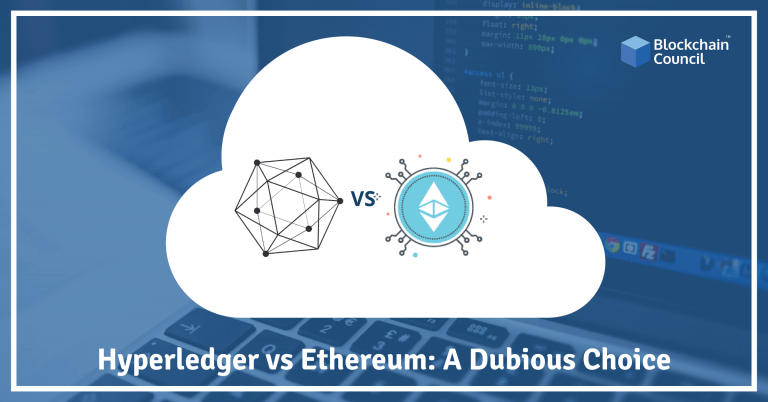 The year 2018 is just a few months away from coming to an end. It has been a year popular for things like matcha to sriracha and all things sparkly, and of course Blockchain. The concept of blockchain technology has taken over every little space of our lives in some way or the other.

To understand the differences between these two platforms we need to look at their definitions and what they imply.

Hyperledger is an open source development project to benefit an ecosystem of Hyperledger based solution providers and users. It is focused on blockchain related use cases that work under a variety of industrial sectors. It is an open source banner project hosted by the Linux Foundation. It has multiple frameworks under it.

Hyperledger Fabric was initially contributed by Digital Asset and IBM. It uses Go or Java as a programming language, and consensus can be reached in a variety of ways.

Ethereum is an open source platform that allows developers to build and deploy decentralized applications using smart contracts which are programmed in the Solidity language. It is a public blockchain network with its own built-in cryptocurrency called Ether. Ethereum’s public nature makes it a natural fit for developers.

The most crucial difference between Hyperledger and Ethereum is the way they are designed and their target audience. Ethereum is targeted towards applications that are distributed in nature with EVM, smart contract and a public blockchain. On the other hand, Hyperledger targets businesses wanting to improvise their process with the aid of blockchain technology. It has a very modular architecture and provides a lot of flexibility concerning the components you want to integrate or not.

This table below elaborates the differences between Hyperledger and Ethereum.

As you can see, the two platforms are not only different in their purpose but also in consensus mechanism. In Ethereum all the nodes (network participants) are required to reach consensus over all the transactions. For this purpose, the mining is based on Proof of Work (PoW.) Whereas Hyperledger allows nodes to choose between No-op, i.e. no consensus is required instead there is an agreement protocol called Practical Byzantine Fault Tolerance (PBFT) where two or more parties can agree on a key in such a way that both influence the outcome. This way Hyperledger provides greater scalability and privacy.

Moreover, the programming language for both of them is different as well. While Hyperledger chaincodes are written in the Golang (which was developed by Google), smart contracts are written in Solidity.

Currently, Ethereum is a more mature platform, functioning since July 2015. Hyperledger, on the other hand, was launched in July 2017, yet it has picked up its areas of business quite quickly. Both of them serve a different purpose; hence one should think through before getting a certification. Industries looking for Blockchain solutions also have to examine carefully as to which platform suits their needs.