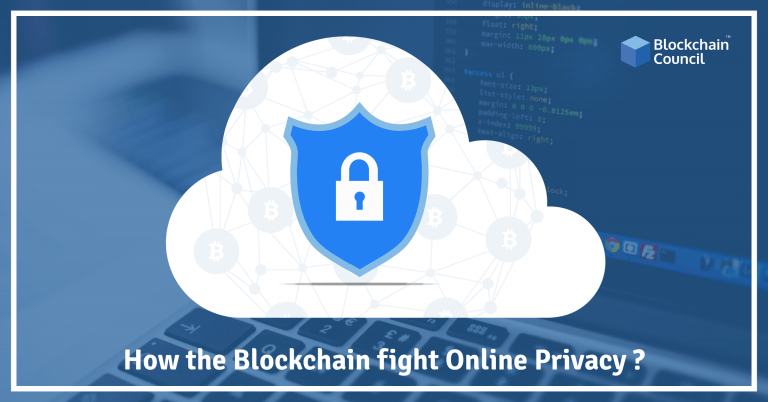 Blockchain, a revolutionary technology setting the platform for new developments. Many see this as a great way to ensure online privacy. The modern era is all about the internet and online platform. Whereas on one side we want everything online, at the same time the problem of data security, privacy and confidentiality are the biggest questions surrounding us. Although there are various ways to cater to these problems, it’s not hundred percent secure. You would have often heard about the online frauds, hacking and phishing. All these problems have created unrest. The features of transparency and security have made blockchain as a solution to all the problem of privacy and confidentiality. In the blog ahead I will highlight how blockchain will help in ensuring online privacy.

The reason that has made us think about a new technology which can help in resolving the privacy and online security issues. A study by Javelin Strategy and Research showed that around 15.4 million US consumers, $16 billion were stolen which was higher than 13.1 million victims in 2015. The gravity of online privacy or cybersecurity can go all. From the fact $107 billion has been stolen by the hackers in last six years. The numbers are alarming, and this is the case of just one nation. The figures are gross and need an immediate solution. The easy accessibility of online data in the current times is the reason for such losses.

Is Blockchain a panacea?

Well, it is too early to predict whether blockchain is a panacea or not, but for now, it is a ray of hope ensuring online privacy and security. Before heading further, it’s important to know what makes this technology so powerful and what are its key features.

The blockchain is an online ledger which has all the information or transaction stored in chronological order. Unlike the current technology, blockchain is a decentralized system which has information distributed or visible to different people in the network or the nodes. Any new transactions in the system are present in the ledger and become easily visible to people in the network. Moreover, if someone tries to modify the data, it needs the validation of the nodes in the network, which further reduces the probability of data alteration or change.

What will make this technology work?

Decentralization – Blockchain is a decentralized system which means that the source of information is stored at different places or nodes. In simple words, there is no centralized system. Since the data is distributed across the network, it is visible to only those people who have access to it or to those who are in the network.

To sum, the decentralized nature of blockchain makes it a perfect solution for people looking online privacy and creating a full-proof system. A system where there is the least probability of any change.

Transparency – The biggest problem with the current online system is lack of transparency. This information on the World Wide Web is highly vulnerable. Anyone can see it, and the weak system makes it easy for the identity thieves to hack into the system and steal the information or tamper it. But when it comes to the blockchain, all the information is visible to all. The transaction is transparent, and it becomes almost impossible for the hackers to break into the system and steal the information. Again, because of this feature of the blockchain, any change in the data, regarding addition or deletion is nearly impossible.

The rising cases of cybersecurity is a matter of concern especially when we are planning to create a digital era. Today, people shop online, buy medicines, do online transactions, and many businesses run online. With so much on the World Wide Web, it is effortless for the hacker to dig into it and extract all the information. Thus, blockchain can be a feasible solution for ensuring data security or cybersecurity.

We can say that Blockchain has all the fundamental approach to cyber security which is beyond the current approach that includes passwords and biometrics. With a clear and transparent system, securing the information becomes easy with blockchain. Although this technology is at an infancy stage, it holds a promising future in the domain of online privacy.

Can Blockchain And Machine Learning Work Together?
Scroll to top