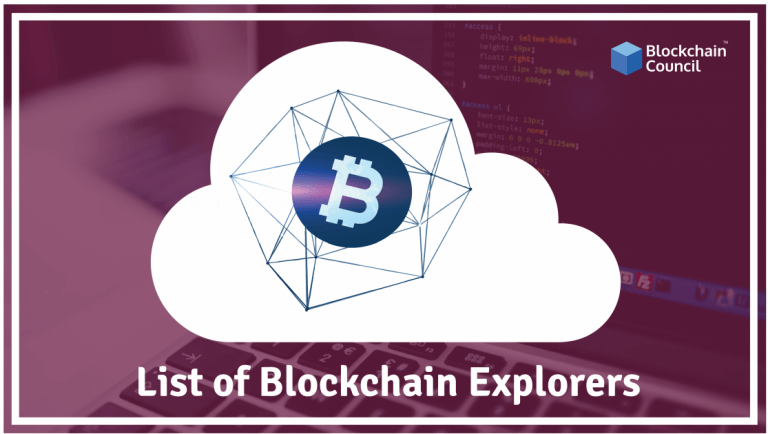 Blockchains are the large data structures which could be very hard to traverse. In addition to the daunting task of traversal, some block explorers also keep track of the technical metrics of the blockchains like block speeds, hash rates, network congestion and memory pools. Here’s a list of the best blockchain explorers available right now.

Blockchain.info is undoubtedly the most famous Bitcoin blockchain explorer with over 20,000,000 reported users as of November 2017. Blockchain.info remains popular because of its simple user interface that lets users track their transactions in real-time. In addition to that, Blockchain.info also offers many benchmarks for the Bitcoin network like Blockchain size, unconfirmed transaction count, and hashrate distribution. Blockchain.info does not support Bitcoin Cash.

Blocktrail is another favorite blockchain explorer that has a much more excellent user experience than Blockchain.info. Blocktrail lets users very quickly see all of the inputs and outputs for any transaction. With Blocktrail, it’s very easy to inspect any given block height and look who mined the block along with all of the data of the block. Users can also export all of the recorded transactions for any given address by using the Export feature of Blocktrail. Blocktrail also supports Bitcoin Cash.

The Tangle is IOTA’s explorer that lets a user see their transactions in real time and follow their money. Regarding network statistics, the explorer is quite basic and only allows users to view a rich list and the distribution within the rich list. But this could be attributed to IOTA’s being a new innovator in the space using Directed Acyclic Graphs instead of Blockchains. So users might have to wait before they would see more advanced statistics for the network the likes of which are employed by Etherscan and Blockchain.info.

CryptoID Blockchain explorer lets users access the Dash blockchain in a simple user interface, quite similar to that of Blockchain.info. CryptoID has all of the essential information like inputs and outputs of transactions along with Block height and address rank in the rich list. In addition to Dash, CryptoID has options to explore several other blockchains, like Atmos, BitBay, Blitz, PIVX,  and dozens of others.

NeoTracker is Neo’s blockchain explorer with a user interface which is similar to the other explorers discussed so far. With NEOTracker, users can traverse the NEO blockchain by Block or transaction height and see the transactions associated with any given address. In addition to that, due to NEO’s unique model, since every NEO address gets gas for holding NEO, NEOTracker lets users see how much gas their address has accumulated.

What is Dash?
Scroll to top