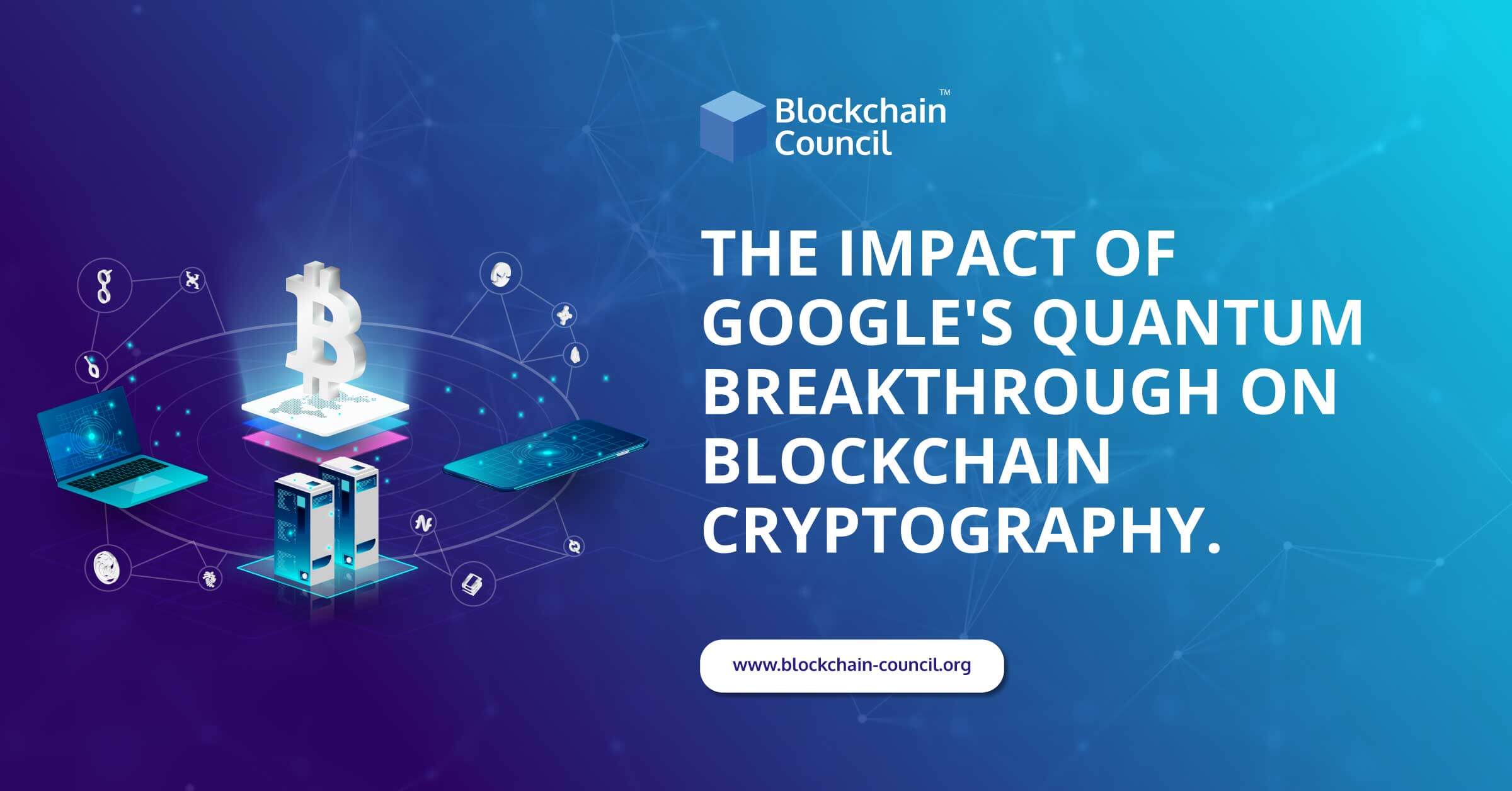 For some time now, tech computing has been on the radar but has also been in the background of the blockchain ecosystem for several reasons. Quantum computing is a new advancement in the field of computing that allows complex problems and equations to be solved exponentially quicker than what is currently available. For several years now, we have been warned about a quantum computing breakthrough that is just around the corner. It is believed that when such a day comes, it will threaten the security of every major blockchain and render existing encryption standards obsolete. It seems like that day has come with news emerging that Google has made a recent quantum computing breakthrough by achieving quantum supremacy.

Google Actually Did it!

There were news reports that claimed that a paper published by Google Researchers comprised of a description of a major quantum computing breakthrough. By using a quantum computer, the team at Google performed a calculation in just over three minutes that would take 10,000 years for the world’s most powerful supercomputer to complete. In an industry that is characterized by incremental improvements, this is like a huge leap that warrants comparisons with the Big Bang. The researchers claim to have attained ‘Quantum Supremacy’ which refers to the moment when a quantum computer, in a specific test, outperforms the world’s best classical computer.

The achievement was described by Google as a “milestone towards full-scale quantum computing.” Google predicted the quantum computing capacity to expand at a “double exponential rate.” If taken at face value, this technology sounds like it has the potential to destroy everything we hold dear, starting from Bitcoin. But the reality is more nuanced. There have been predictions of Bitcoin’s death due to quantum computing. But this has been greatly exaggerated.

Achieving quantum supremacy could mean panic stations for blockchain as there is a possibility for all that has has been achieved, to be wiped out and for all the promise and potential to be eliminated overnight. As Google has now achieved quantum supremacy, the spotlight is once again on blockchain to resist this kind of technology that has the potential to unravel its cryptographic algorithms in minutes. Though the details on how Google has achieved this are scarce, previous proposals essentially involve the quantum computer racing a classical computer simulating a random quantum circuit. According to Gizmodo, the science and technology website, it was known even long before that Google was in the process of testing a qubit device called Bristlecone, for achieving quantum supremacy. Financial Times also reported that the supremacy experiment was performed with a 53-qubit processor that was codenamed as Sycamore.

It would now be too early to start abandoning all hope with blockchain and the emerging technology as there are many technology and projects in place that have been trying to prepare for an age of quantum computing with blockchains being resistant.

Are Blockchains Prepared to Resist?

So, is there any evidence of blockchain being prepared for this new age and the new threat? There has been news regarding blockchain builders putting out quantum-resistant chains. Such as David Chaum, E-cash inventor, and Praxxis, his latest cryptocurrency. QAN is also another project that says that it is ready for the quantum computing age. Fearing that a quantum breakthrough might threaten the sanctity of all known encryption algorithms, cryptographers are striving to develop quantum-resistant blockchains that have the ability to withstand a Cambrian explosion in quantum computers. All the hashes and signatures within the QAN’s protocol that are prone to be susceptible to quantum algorithms are protected by post-quantum cryptography. This can be regarded as a school of cryptography that is dedicated to protecting networks in a world of quantum computers. Though there are numerous models of post-partum cryptography, QAN favors the lattice-based approach. The other variants of post-quantum cryptographic research are hash and code-based cryptography.

Andrew Yang, the American pro-tech presidential candidate, explains the following points in his policy on quantum computing and encryption standards. Quantum computers use Qubits that have the ability to theoretically perform the calculations necessary to break encryption standards within a day. If that happens, all the encrypted data will become vulnerable. This means that the communication channels, businesses, and banking and national security systems will become accessible. Andrew Yang suggests that this problem needs to be fixed right now. He suggests investing in and developing new encryption standards and systems and immediately shifting to using these quantum-computing resistant standards for protecting the most sensitive data.

Though advancements in quantum computing warrant close scrutiny, it does not mean that the private keys of Bitcoin (BTC) and Bitcoin Cash (BCH) are in the danger of being popped out anytime soon. As per a blog post written by Chris Pacia in 2013, he discussed about the commonly used 128-bit Advanced Encryption Standard (AES) stating that even if 7 billion people on Earth used 10 computers to test 1 billion key combinations per second, the entire population would need 77,000,000,000,000,000,000,000,000 years to find a single 128-bit AES key

Pacia further points out that quantum computing might double the size of a key that can be effectively brute-forced. Though this may cause AES-128 to fail, AES-192 and AES-256 will still be safe. SHA-256 is used for Bitcoin mining while for cryptography, the ECDSA (Elliptical Curve Digital Signature Algorithm) helps create private and public key pairs. If quantum computers also crack the SHA-256 algorithm, the obvious solution is to switch to SHA-512, which is a stronger algorithm of the same family. As far as blockchain cryptography is concerned, it is always wise to prepare for the worst. Even now, it is possible for people to rent quantum computers to experiment to test the theoretical approaches and possible attack algorithms.

Though it may sound like science-fiction, quantum computing is a threat to the world of blockchains and needs to be taken seriously. Though it may not be the kill switch, it is certainly one that must be on the radar for anyone involved in the blockchain ecosystem. This is not because of what has been accomplished in a blockchain till now but also because of the things that are being built and promised in the space. Blockchain is a major technology revolution that needs to be safeguarded.