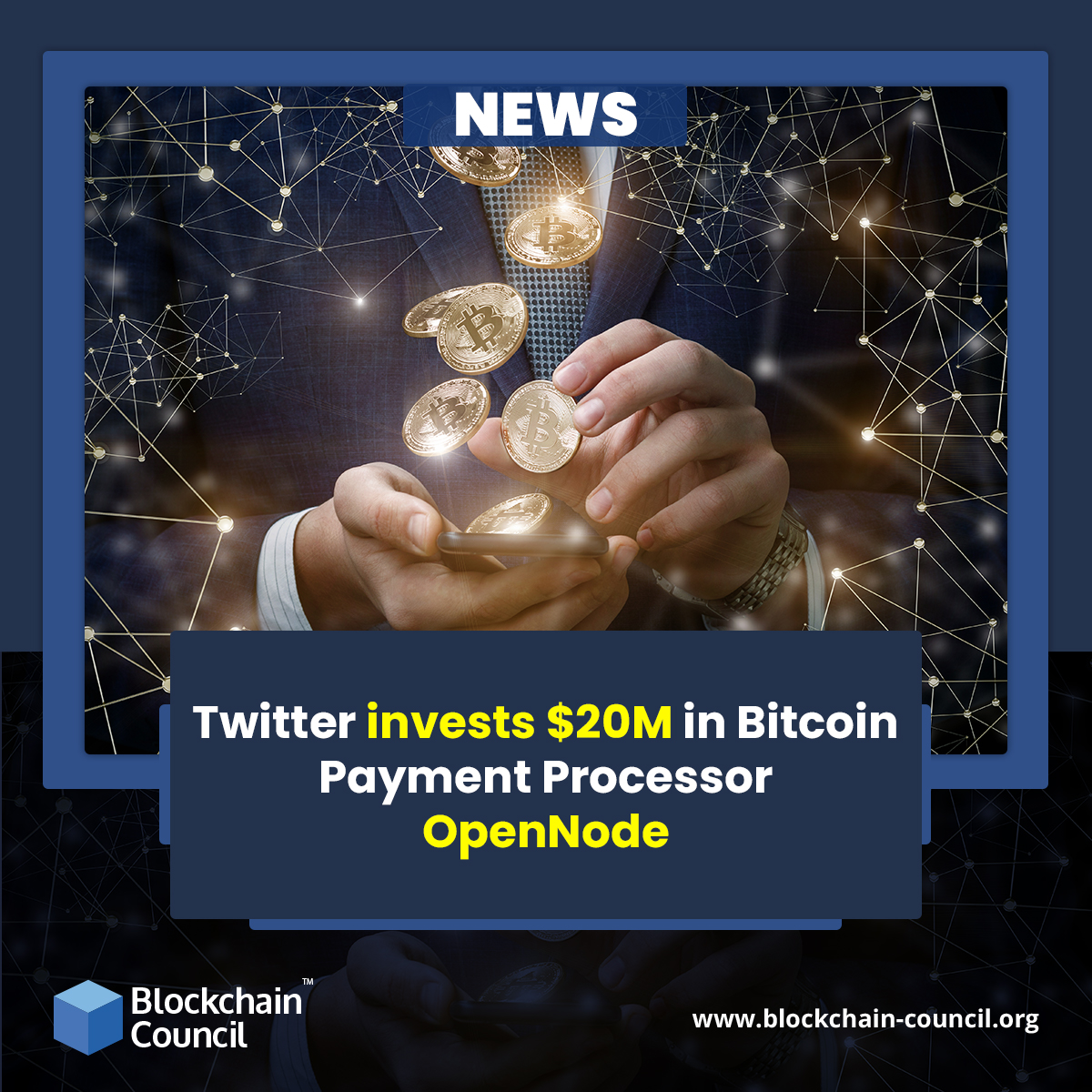 OpenNode, a crypto startup that helps merchants accept bitcoin payments from customers, has raised $20 million in a Series A funding round, raising its value to $220 million. Twitter is making its first foray into the payment firm’s cap table, as the social media company has always been interested in playing a meaningful role in the crypto ecosystem.

In 2018, OpenNode was funded to develop an infrastructure to support Bitcoin as “the next generation of global payments” and to create low-cost transactions based on Lightning Network.

Using Bitcoin for payments is on the rise

With the Lightning Network’s expanding ecosystem, hundreds of thousands of transactions can be processed every second at almost no cost. Payments benefit from the instant and final settlement, zero fraud, zero chargebacks, and the security of Bitcoin’s blockchain.”

As part of the funding round, OpenNode plans to expand its services and grow its team, as well as increase the use of Bitcoin as a payment method. Within a few months, the company will unveil new product features -such as a payment wallet and an account-linked debit card-, partnerships, and clients “that will drive significant adoption of bitcoin payments.”

The head of the strategy at OpenNode, Josh Held, stated that the demand for bitcoin payment solutions is growing exponentially, and the firm is investing in creating the infrastructure necessary for the world’s largest businesses to adopt bitcoin as a payment method. We believe this Series A financing will help the company realize its mission of making bitcoin payments simple and accessible to everyone, everywhere.”

Though the current transaction volume of OpenNode has not been disclosed, Held told The Block that the team hopes to reach the 25,000+ bitcoin mark soon, which would translate to around $1 billion at its current value.

Tim Draper, a cryptocurrency investor, and supporter, said, Retailers benefit from OpenNode because it allows them to accept bitcoins without having to pay the banks or credit card companies 2% to 4%, while using only a fraction of the energy required for on-chain bitcoin transactions.

This is Twitter’s first entry into the payment firm’s cap table, as the social media company has long been interested in playing a meaningful role in the crypto ecosystem. Group Product Manager Ester Crawford said in a press release:

By integrating bitcoin payments seamlessly into their platform, OpenNode creates easier pathways to access the digital economy for everyone, everywhere. Digital currencies encourage more people around the world to participate in the economy, and with less friction.”

Excited to have Kingsway and @Twitter on board.
Incredible proud of what all the team has achieved so far!
We still have a long journey ahead of us, so if you want to help Bitcoin payments go mainstream, we are hiring. Check our careers page. https://t.co/oItpvXpdOO

In his role as former CEO of Twitter, Jack Dorsey was a strong supporter of Bitcoin, and claimed that the cryptocurrency would contribute to the platform’s expansion.

As of right now, he believes it is of crucial importance to Twitter, its shareholders, and the public that we continue looking at the [crypto] space and investing aggressively in it.

In addition to integrating NFTs and growing its crypto team, Twitter is also moving forward into Web3. Twitter CFO Ned Segal has also talked about implementing Bitcoin as a tool to “facilitate commerce” on the platform.

want to help shape the future of crypto at Twitter? I'm looking for an experienced crypto PM to join the team!

btw – not mentioned explicitly, but this person will really be my thought-partner in exploring all the opportunities for crypto x twitter 😎https://t.co/WM6cwoJ28v