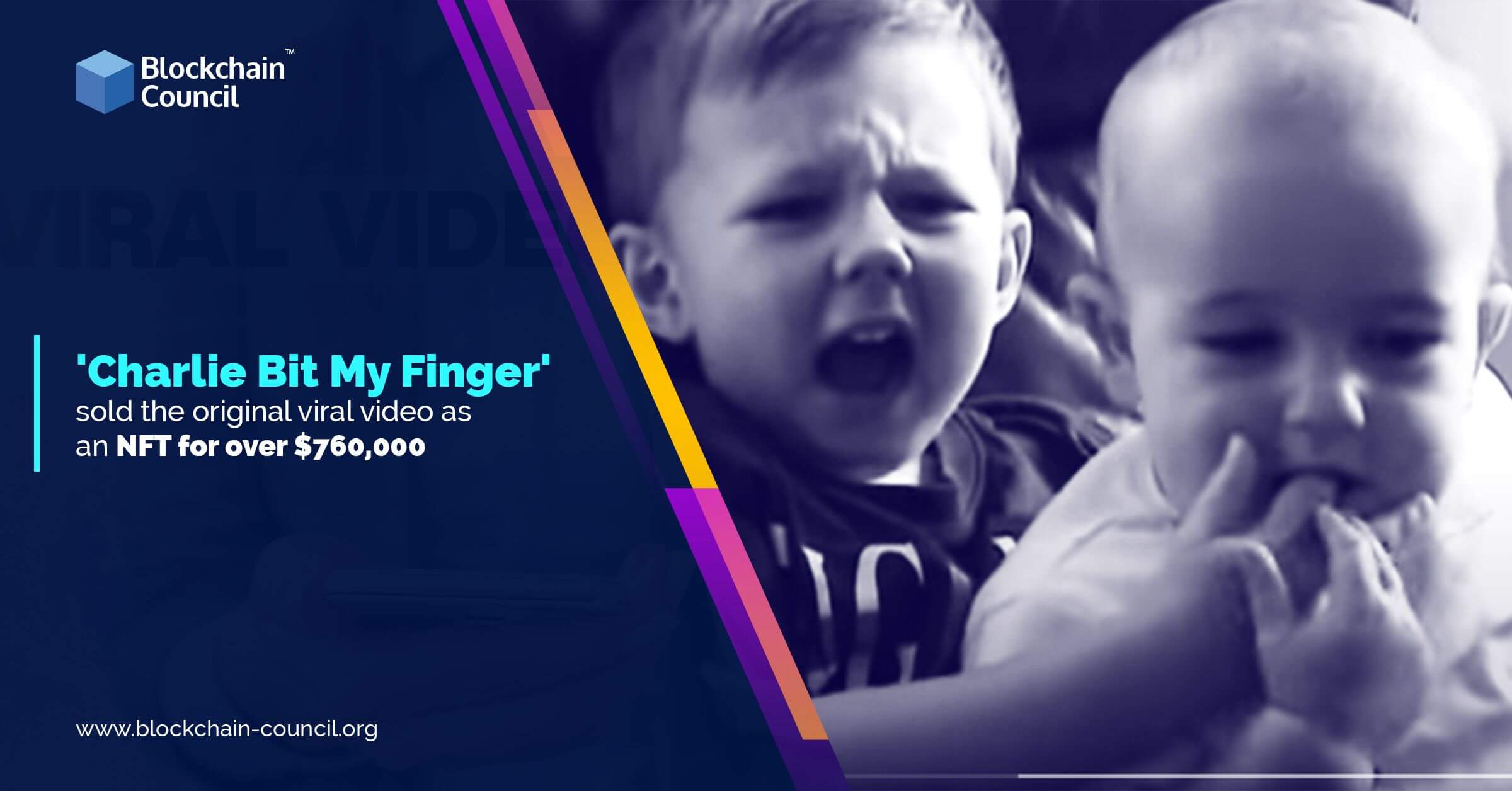 Another remarkable viral piece of internet culture has been auctioned for a six-figure amount; digital collectors of NFTs (non-fungible tokens) kneely snapped up the 2000s viral sensation. The infamous home video “Charlie Bit My Finger” got sold for almost $761,000 on 23rd May, at the 14th anniversary of its debut.

The video has been watched nearly 883 million times on YouTube since its owner first posted it. It has marked itself as one of YouTube’s most prominent videos, though it will shortly be withdrawn from the platform. The owner of the classic video ‘Davies-Carr family’ announced they would remove it from YouTube following Sunday’s auction, giving the exclusive ownership of the adorable piece of internet history to its new owner. Though it has been reposted,  shared, and copied numerous times across the web till now.

Want to know more about NFT? Read this article: What is NFT (Non Fungible Tokens) ? What does NFT Stand for?

What is in the video

In this 55-seconds YouTube clip which was originally recorded in 2007, a British toddler named ‘Harry’ holds his baby brother ‘Charlie.’ But this lovable familial scene takes a charming turn when toddler ‘Harry’ puts his pointer finger into the mouth of his little brother, and to his amazement, little Charlie clamps down Harry’s finger,

He then says, “Charlie bit me,” he again puts his finger back into Charlie’s mouth, and this time Charlie bits it harder. Harry repeatedly says, “Ouch Charlie,” on which little Charlie begins to giggle, to which Harry spawns the much-memed lines: “Charlie bit my finger,” following with  “Charlie, that really hurt.”

Harry, now 17, let out the information on Friday that the family is engaged with Origin Protocol — a known digital marketplace for non-fungible tokens. They proposed them with a “personalized auction” that is earmarked for sales of their one NFT. The auction was hosted on CharlieBitMe.com. This is a fresh switch from other popular platforms such as  Foundation and Rarible that other viral creators have used.

On the website, the family jotted down that the auction’s highest bidder will be allowed to film their version of the parody with infamous kids Charlie (now15) and Harry.

Harry explained the reason behind this move by the family came about because they wanted to partake into the evolving world of NFTs and give their creation a new life.

The auction at CharlieBitMe.com drew bids from 11 accounts and flared a bidding clash between users “3fmusic” and “meme master.”  Eventually, 3fmusic won with a proposal of $760,999.

NFT collectibles, especially digital assets with an authenticity certificate generated by the blockchain, have roared in fashionableness over the past year.

While the concept of paying for something endlessly reproducible may baffle some, a manic hunger for NFTs has taken a worldwide grip in markets as buyers rush to acquire rights to a certified original product.