We bring you the top headlines impacting the blockchain and crypto space on 27/10/21 so you can stay informed and updated on the latest information. 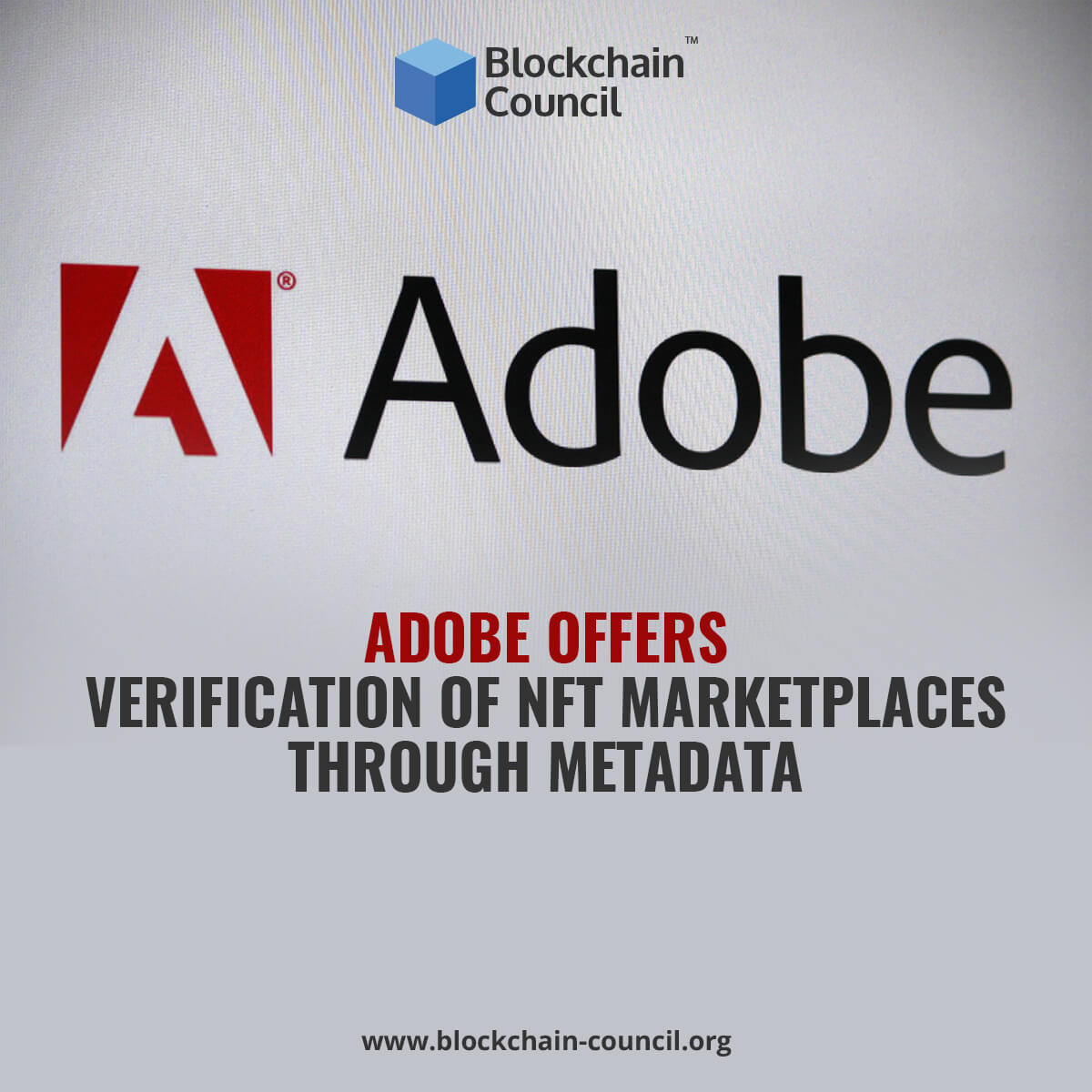 The software giant Adobe, has come up with a new feature which enables the Non Fungible Tokens or NFT Marketplaces to allow the digital collectors on their platform to verify the artworks based on the wallet address of the creator.

In an announcement made on Tuesday, Adobe declared that they will be partnering with some of the best NFT marketplaces in the world, such as OpenSea, SuperRare and KnownOrigin so that they can allow their users to verify the authenticity of the digital assets. The Content Credentials feature on Adobe can add the wallet address of an NFT creator to the metadata of the tokens listed on the respective marketplaces, along with their social media information.

This feature will enable the content creators to be completely pseudonymous, where they can choose to display their partial or full social media address with their artwork. Rarible, a popular NFT marketplace using the Adobe system for verification, stated that this feature would help fight misinformation with proper methods of attribution and verify truth of the content. 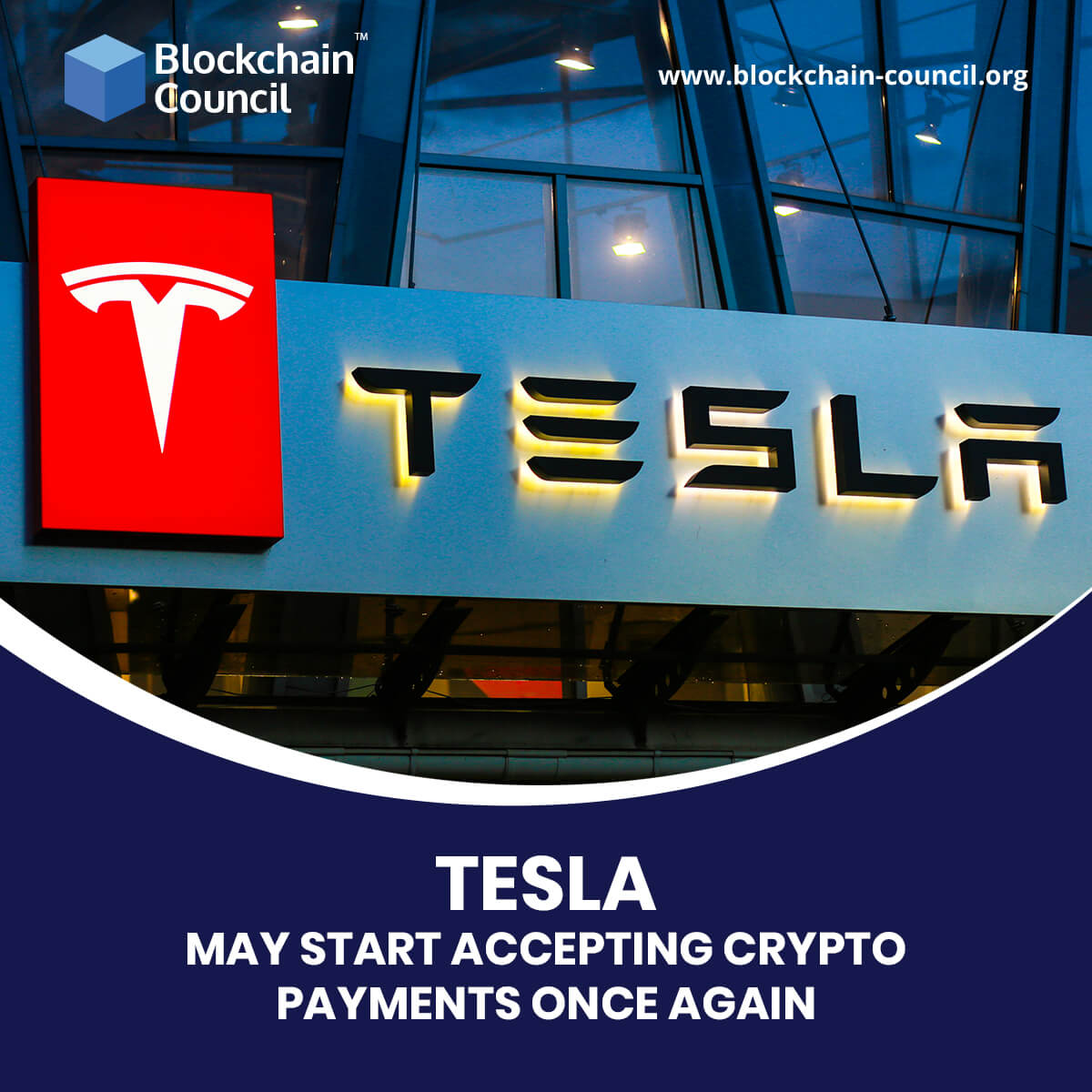 Tesla CEO Elon Musk has stated that the company may start accepting payments in crypto in the future once again. The tech billionaire had caused a huge stir earlier this year when he declared that he had purchased a staggering amount of Bitcoin worth $1. Billion and would hold on in reserve. He also made it clear that people can purchase the cars from his company using the cryptocurrency. However, after a few months, Elon had taken a complete turn and declared that he was suspending transactions in Bitcoin indefinitely.

His condition for accepting Bitcoin as payment was that the industry had to prove that at least 50 percent of the power they are using to mine the cryptocurrency was coming from renewable resources.

However a plethora of data and information point out to the fact that the biggest cryptocurrency in the world is increasingly becoming greener, and just sometime back, Musk had sent a filing to the United States Securities and Exchange Commission where he stated that he may start transacting in cryptocurrencies once again in the near future.

He clearly stated that he believes in the true potential of cryptocurrencies both as an asset class for investment and also as a substitute for cash. 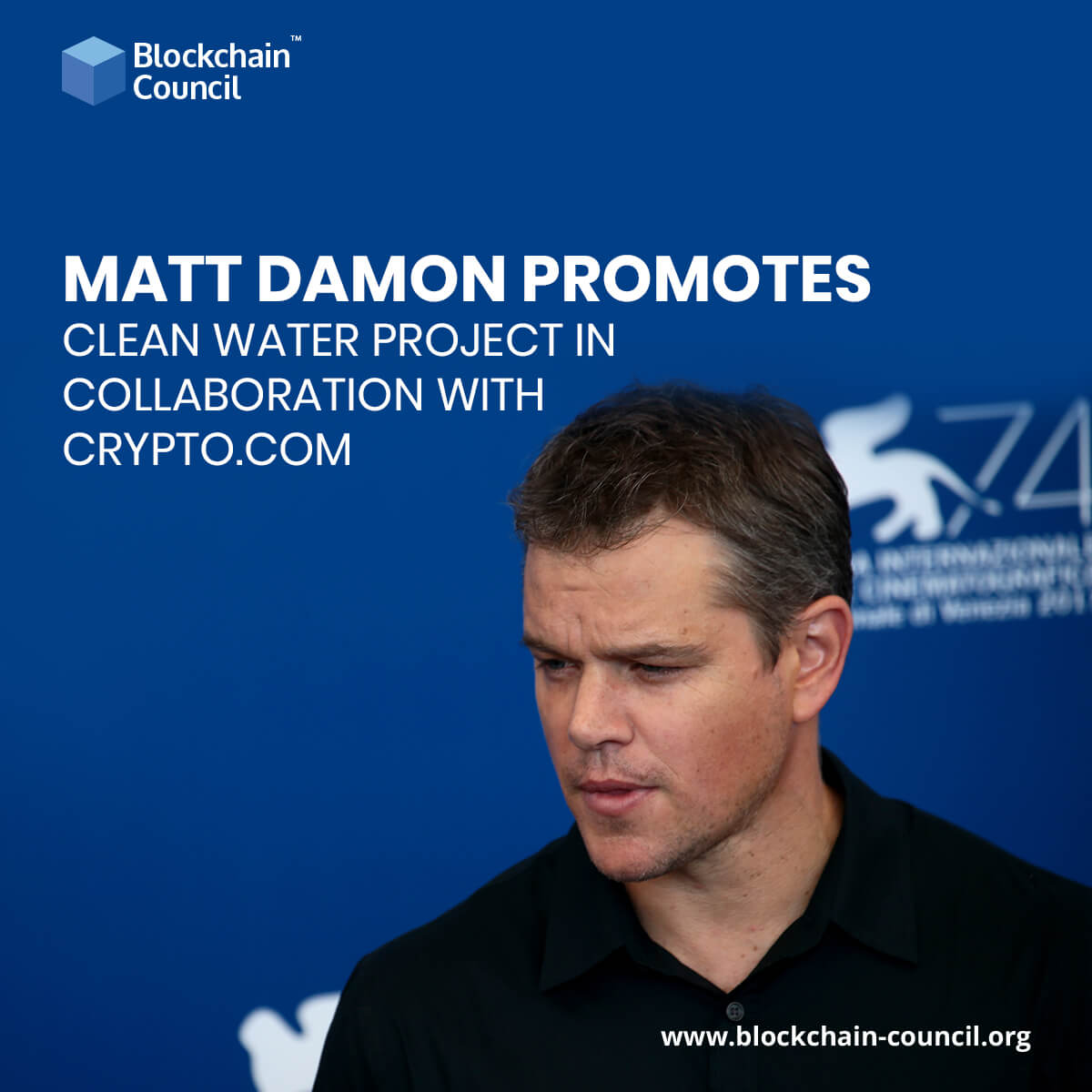 The popular crypto exchange platform Crypto.com has donated $1 million to Water.org, which is a global non-profit organization co-founded by one of the most popular stars of Hollywood, Matt Damon. Founded in 2009, the organization is working towards bringing water and sanitation to the impoverished parts of the world.

The donation will help eradicate the global water crisis, which is the vision of the non-profit organization. This partnership will also enable the millions of users on the Crypto.com platform to know more about Water.org and support them in their vision.

On Monday, the exchange platform mentioned the partnership with the prominent star and how they want to support their vision for working towards humanitarian causes. The exchange believes that this partnership will enable Water.org to receive donations from their huge base of 10 million users.

Ever since the organization was founded, it was Matt’s dream to bring safe and cost-effective drinking water and proper sanitization to the underprivileged parts of the world. The actor also pointed out that he is a firm believer in the idea that crypto could be a game changer when it comes to solving global problems and stated that it was his main motivation to partner with the exchange platform. 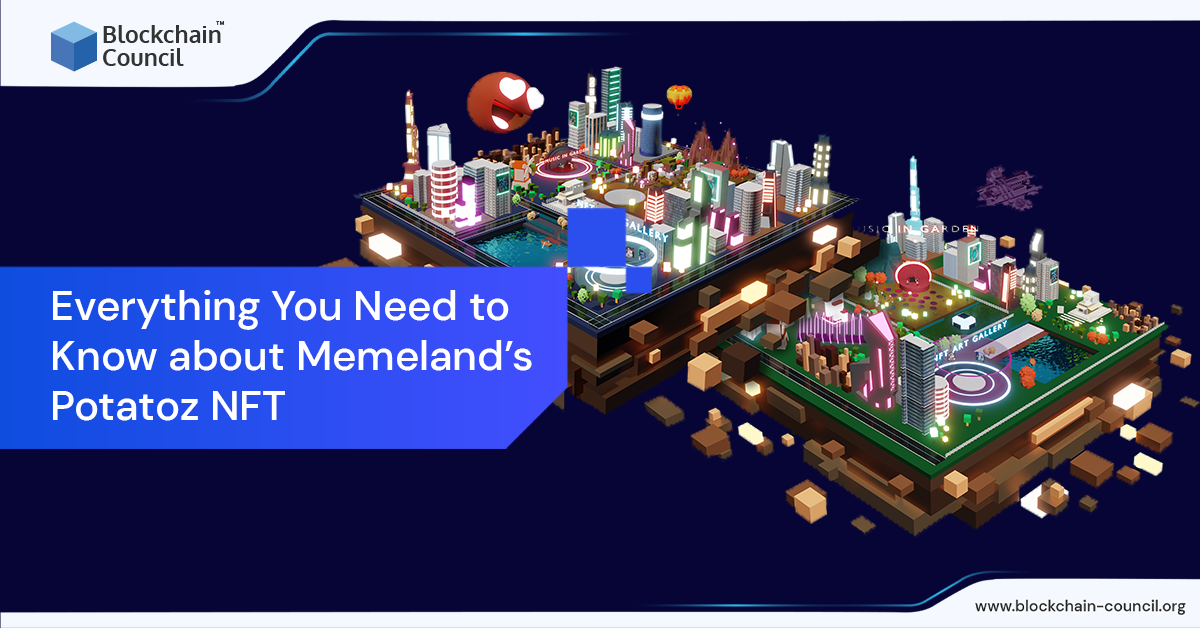 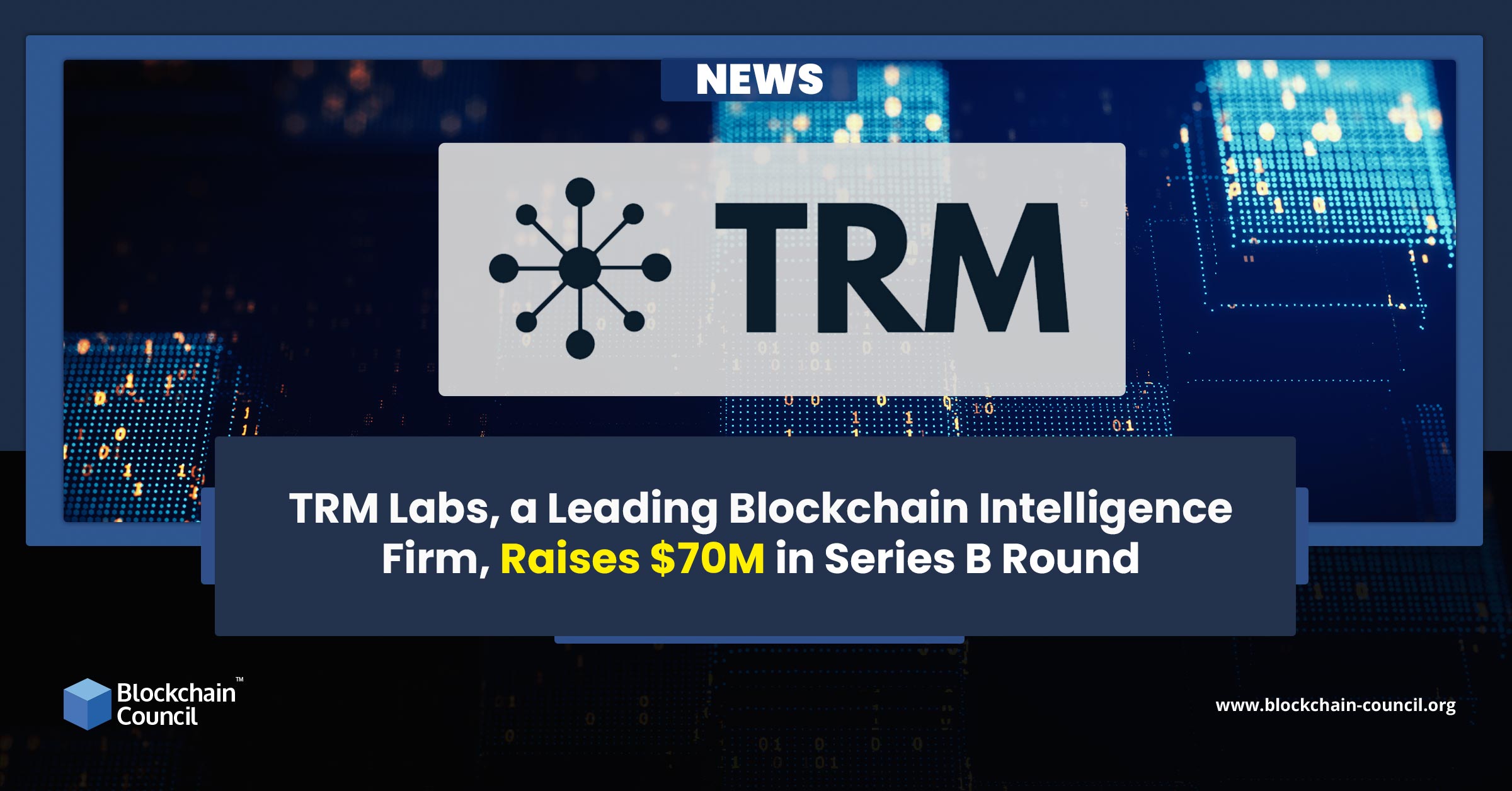