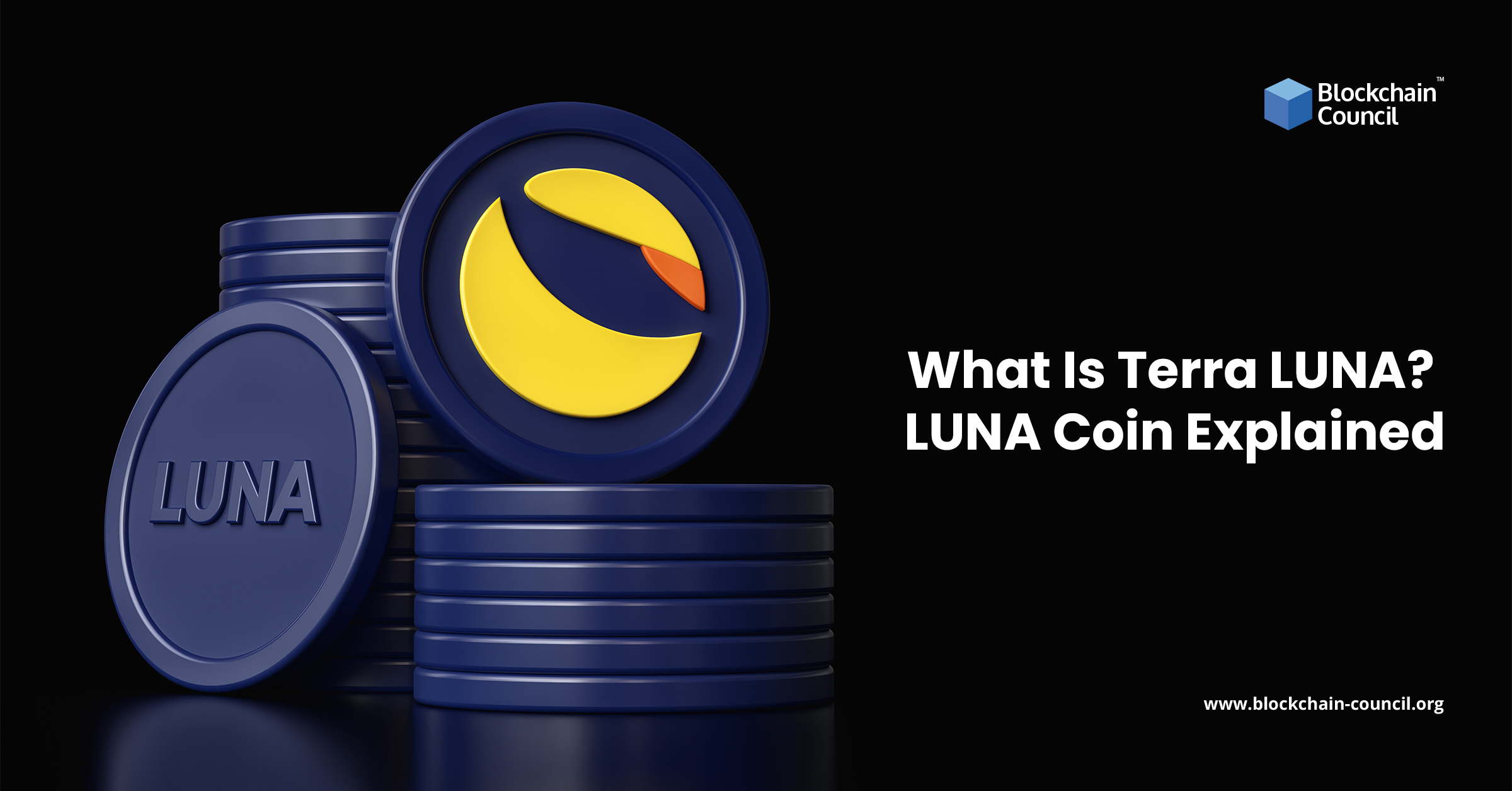 Stablecoins have developed as a vital component of the cryptocurrency ecosystem, bridging the fiat-to-digital currency divide. The total capitalization of the stablecoin market has risen from US$38 billion in 2021 to more than US$180 billion now.

Among the first blockchain networks with fully algorithmic stablecoins developed for e-commerce, Terra, whose terra LUNA coin has achieved all-time highs three times in the last month is quite astonishing. Terra’s smart-contract blockchain and stablecoin ecosystem are designed to provide next-generation digital currency.

Terra aims to provide easy-to-spend programmable money with minimal costs, rapid settlements, and cross-border transaction functionality. Terra, dubbed “alipay on the blockchain” by tech news site TechCrunch, has an interface that seems more like a mainstream finance platform than a stablecoin network, despite its use of blockchain technology cryptocurrencies.

The cryptocurrency market has been unpredictable for a long time, making it difficult to utilize as a medium of exchange. Terra intends to solve this problem by establishing a price-stable digital currency ecosystem that allows for faster and less expensive transactions.

What Exactly Is Terra?

Terra is a next-generation blockchain payment network that is interwoven with stablecoins and powered by its own LUNA token. Terra is a layer-1 blockchain technology with smart-contract capabilities that serve as a payments-focused fintech ecosystem with algorithmic stablecoins whose value is maintained by internal algorithms.

In April 2019, the white paper was issued for the blockchain the same month that the mainnet went live. According to the document, Terra is touted as a price-stable, growth-driven stablecoin that achieves price stability via an elastic money supply and stable mining incentives. The protocol also makes use of seigniorage, or the profit made from the creation of currency, to stimulate transactions and expand acceptance.

Terra USD is exclusively secured by smart-contract algorithms and the LUNA currency, not US money. USDT is known as the largest stablecoin in the market capitalization; on the other hand, it was advertised by the operator, i.e., Tether, as being backed by US dollars. Tether was fined US$41 million for making false claims about its reserves after it was determined that USDT was backed largely by commercial paper, certificates of deposit, and US Treasury bills.

Terra USD is exclusively secured by smart-contract algorithms and the LUNA currency, not by US money. USDT is widely known as the largest stablecoin within market capitalization; on the other hand, it was advertised by its operator, Tether, as being backed by US dollars. Tether was fined US$41 million for making false claims about its reserves after it was determined that USDT was backed largely by commercial paper, certificates of deposit, and US Treasury bills.

Terraform Labs still thinks that the financial foundations of its tokens, together with the protocol’s flexible monetary governance, will drive widespread adoption. Terra’s fiscal policy and spending are overseen by a treasury similar to a central bank. The community members can submit proposals for stimulus programs, which are examined and voted on by the rest of the ecosystem. The ones that promise the highest degree of adoption are approved.

Terra’s native currency, LUNA, is utilized for staking, governance, and collateral for the network’s algorithmic stablecoins. Holders of LUNA coins can stake their tokens to gain incentives and use their weight to vote on ecosystem governance initiatives. LUNA has a 1 billion coin supply that is constantly changing. For the past few months, LUNA has become one of the most popular crypto-assets. Thanks to this crypto asset, more than 60% of investors’ earnings have been repaid. Understanding what a LUNA coin is imperative as LUNA is already fundamentally positive, and other highs are possible if the price closes at 100 USD.

What Is Terra’s Mechanism Of Operation?

Consider purchasing a movie ticket, which is one of the most common things purchased through CHAI (one of Terra’s most popular decentralized programs, or dApps). To begin, you must first create your own Terra stablecoin on the website, burning the required number of LUNA tokens. You can use the CHAI mobile app to pay for your tickets online or in-store after your stablecoins.

Terra’s blockchain creates a small transaction fee when you buy a ticket with your stablecoins, which is divided to LUNA delegators – token holders who choose to delegate their LUNA coin to a staking pool to safeguard the network.

Terra is based on the Cosmos SDK and employs a delegated proof-of-stake consensus guaranteed by decentralized validators that resolve transactions for a fee. Validators and stakeholders can also vote in the network consensus, with voting power proportional to their stake allocated. The 130 active validators with the most LUNA tokens are picked to protect the network.

Terra’s stablecoins are algorithmic stablecoins, which means that the protocol is built around algorithms to achieve price stability. The value of UST, for example, is equal to $1 USD and should remain consistent thanks to the LUNA token. When the UST supply falls below $1, LUNA increases the supply to keep the UST pegged to the dollar.

Users who want to mint Terra stablecoins must burn a quantity of LUNA equal to one dollar. The community treasury receives a small fraction of the LUNA tokens used to mint stablecoins, known as seigniorage, making stablecoin minting beneficial for the network. It’s akin to the seigniorage that central banks earn from when they produce money.

This is a particular situation with Iron Finance’s bank run, when IRON, an algorithmic stablecoin, lost its peg and collapsed from US$1 to practically nothing in a single day owing to inadequate tokenomics, wiping away over US$1 billion in market worth.

Terra’s native currency, LUNA, is utilized for staking, governance, and collateral for the network’s algorithmic stablecoins. Holders of LUNA coins can stake their tokens to gain incentives and use their weight to vote on ecosystem governance initiatives. LUNA has a 1 billion coin supply that is constantly changing. If that quantity is exceeded, the protocol will automatically burn LUNA tokens.

At the time of writing, LUNA was the 9th-largest cryptocurrency by market capitalization, with a value of US$31.7 billion at the time of publication when the coin was trading for US$87.43. The token is critical to the ecosystem’s collateralizing process, which ensures that the price of Terra stablecoins remains stable. The collateralization algorithm of LUNA is designed to have a dynamic supply that fluctuates according to the protocol. The question, how to buy a LUNA coin is quite common.

In a nutshell, the stability of Terra stablecoins is ensured by LUNA and vice versa. The name of the protocol is meant to be a metaphor for the earth’s and moon’s symbiotic relationship and the way the two celestial entities provide gravitational stability to one another.

Each Terra token is a crypto-collateralized, algorithmic stablecoin that is tethered to a fiat currency. TerraKRW (KRT), a stablecoin based on the South Korean won, was the company’s first stablecoin. TerraUSD (UST), TerraJPY, TerraCNY, TerraEUR, TerraGBP, and TerraSDR are among the others.

According to Terra’s inventors, the system has a six-second average block time. All transactions on the Terra network are subject to gas fees, with each validator setting the minimum price. To preserve stability and combat foreign exchange arbitrage, extra fees are levied on top of the gas fees for transactions utilizing stablecoins. The most frequent type of stablecoin fee is charged on all non-market swap stablecoin transactions and ranges from 0.1 percent to one percent, with a hard cap of one TerraSDT. Market trades involving stablecoins and LUNA are known as spread fees. Its minimum charge is fixed at 0.5 percent and is subject to change depending on market conditions. On-chain governance imposes a “Tobin fee” on market exchanges between stablecoins. The majority of market swaps will be subject to a.35 percent tax, with some stablecoin combinations having to pay as much as 2%.

Another important ecosystem component is Terra’s CHAI payment app, which aspires to be as frictionless as existing mainstream payment apps.

Terra Bridge, a cross-chain technology that facilitates asset transfers between Terra, Binance Smart Chain, and Ethereum, also addresses interoperability. According to the creators, Terra stablecoins are also on the way to Solana.

Mirror and Anchor are two other projects that contribute to the ecosystem. Mirror Finance allows users to build synthetic assets, known as mAssets, that mimic stock prices to allow UST holders to obtain exposure to equities. The Shuttle bridge from Mirror also allows for mAsset swaps on the Ethereum network, making the ecosystem more interoperable.

The Anchor Protocol is a cryptocurrency that allows users to receive fixed interest rates. Users do not need to find their own liquidity pools because crypto put on the protocol is automatically staked to a proof-of-stake blockchain network.

DeFi is a tough market, and no platform is flawless, especially for early-stage companies like Terra. Terra has a long way to go before catching up to leading DeFi chains like Ethereum and Binance Smart Chain. Terra stablecoins are also catching momentum, albeit they are losing ground to Tether’s USDT, the most popular stablecoin at the moment.

Blockchain purists mostly criticize terra for being less decentralized than other networks. The Ethereum network’s 3,038 validators vastly outnumber its 130 validators. Another source of concern concerning decentralization is because the top ten network validators control roughly 40% of the delegated LUNA supply.

Finally, Terraform Labs has served a subpoena relating to the Mirror protocol as part of a Securities and Exchange Commission investigation into suspected securities law breaches such as unregistered brokerages and securities sales outside of regulated securities exchanges.

Terra is a decentralized, permissionless, and programmable payment network. The protocol enables low-cost payments and transactions between internet merchants and their customers. Terra’s open architecture lends itself nicely to decentralized applications, resulting in a thriving ecosystem around the protocol.

Tiki, Qoo10, Carousell, and Woowa Brothers are among the e-commerce companies Terra has formed relationships with. CHAI, a mobile payment service, and BC Card, a financial services provider, are other partners.

Arrington Capital, BlockTower Capital, Galaxy Digital, Hashed, and Lightspeed Ventures are among the investors in Terra’s US$150 million ecosystem fund. Developers can openly submit proposals to the fund, which is believed to speed up the ecosystem’s growth.

Terra today has a total value of US$12.9 billion locked up in the ecosystem’s protocols. Terra’s approach to creating an interoperable, user-friendly payment infrastructure may make it an appealing option for crypto newcomers, subject to the stablecoin space’s still-growing list of dangers and drawbacks.

The Terra network’s native tokens, LUNA and TerraUSD (UST), are two blockchain-based projects developed by Terra Labs in South Korea. The Terra blockchain is based on the Cosmos SDK. This platform allows developers to construct unique blockchains and decentralized apps on top of Terra for various use cases. There are already over 100 of these domestically produced projects in the Terra environment. Non-fungible token (NFT) collections, decentralized finance (DeFi) systems and Web 3 apps are examples.