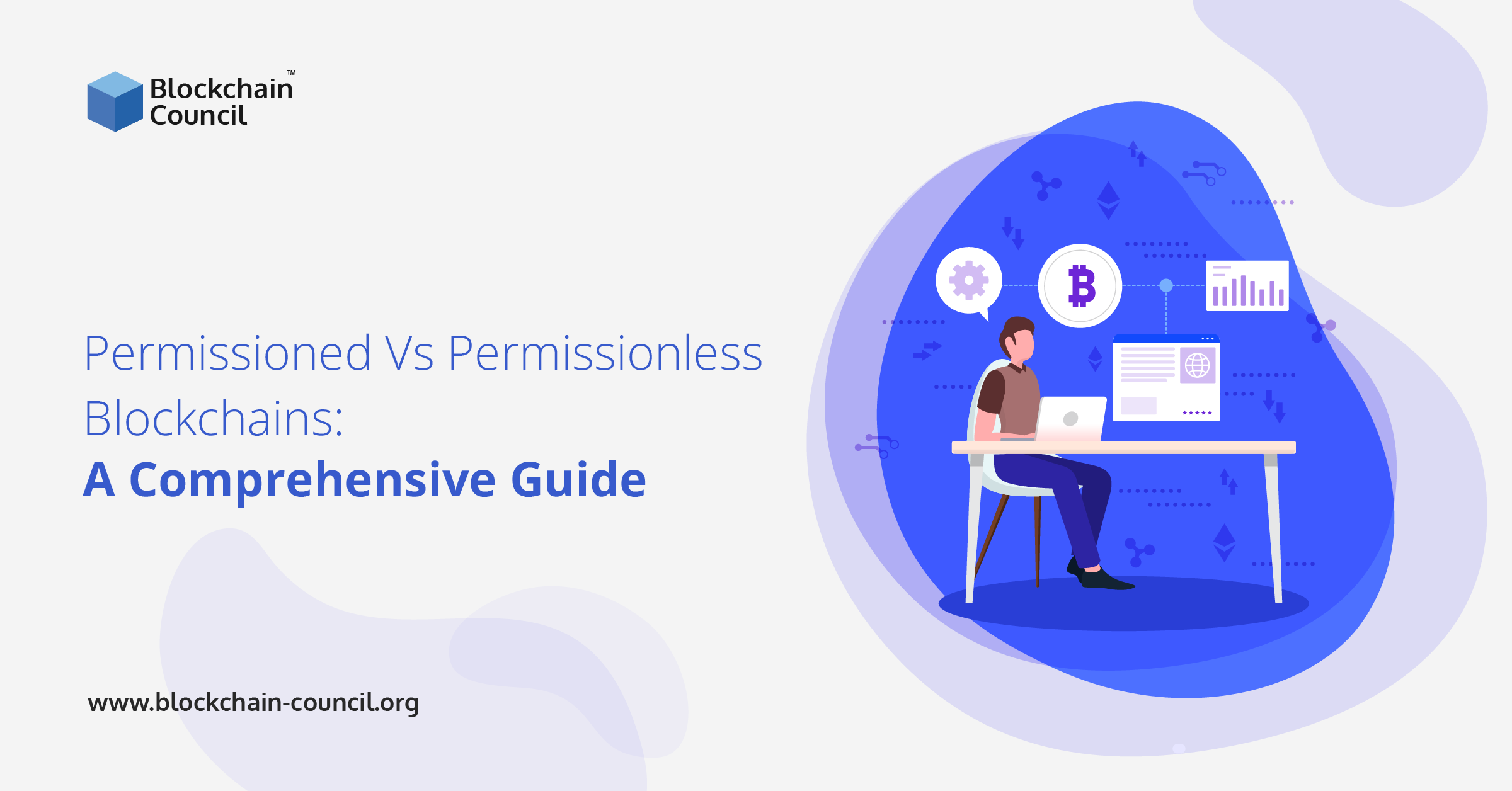 When it comes to security operations on a blockchain ledger, which can only be done by a few people authorized to do so, we use a permission ledger. In simple terms, the distributed ledger in this can only be accessed by a few people who have been allowed to do so by the administrator. These users are provided different types of privileges which allows them to do certain actions. However, it must be noted that anyone who is not allowed by the administrator, will not be allowed to access it publically. The major benefit of this model is that since the people accessing the ledger are limited, any kind of changes made in the ledger can be easily tracked and the user can be identified.

Users can be added or removed and use digital verification or certificates to access the data. Since the access is restricted, it becomes very different from a regular public blockchain. You can also say, that it is an additional layer of security for blockchain and are great for people who require role definition for certain individuals in blockchain with limited access. Since it brings security and privacy to the blockchain, this model is adopted by most of the biggest companies in the world and is becoming more popular with time. Permissioned Blockchain will be mainly used in business operations or where data security is the highest priority. It can be used in supply chains, creating contracts, and verifying payments.

A permissionless blockchain is completely the opposite of a Permissioned blockchain. In the Permissionless model, which is also known as a public blockchain, there are no restrictions, and the participation is not controlled by an administrator. Anyone can participate in the consensus and validate the data. There are no administrators allowing the users to participate or giving them the permission and rights to make the changes. It is a completely decentralized blockchain platform across unknown parties.

Just like Permissioned Blockchain, Permissionless blockchain also comes with a lot of pros and cons which makes it a great platform, but not for private entities or companies looking for a more secure platform.

Where can Permissioned and Permissionless blockchain be used?

Both Permissoned and Permissionless blockchains have different kinds of architecture which can be useful for some types of applications and not useful for some. However based on their usage, we have differentiated the applications they can be used on. For example, Permissionless blockchain can be used to build a strong financial platform that is based on a decentralized platform. It can be used in Digital Trading, donation, and crowdfunding and also as a file storage medium for the public. Since it does not come with any restriction, it can be easily accessed by users.

In a similar fashion, permissioned blockchain comes with restricted user access to the data and could be used in applications like supply chain tracking, claim settlements, and verification of identity. Since these applications are based on privacy with restricted access to certain individuals, permissioned blockchain suits it the best. The adoption of both technologies will depend on the kind of business application it will be used for.

Here are some of the factors that can help you decide whether to use permissioned or permissionless blockchain:

Difference between Permissionless and Permissioned

We have already explained how Permissioned and Permissionless blockchain works and how it differs based on the applications it is used on. Based on their usage, there are four major differences between the two.

Some differences that you need to understand in brief

Private and Public Use

It is one of the major differences between the two. For example, a company that wants its business to grow with more privacy and security features and restricted access to the data will go for permission blockchain. Since it has its own level of transparency and not everyone is allowed to access or edit it, it becomes easier for the company to define roles and manage the data. One such great example is the handling of the Supply chain through Permissioned blockchain. Similarly, things like Donation and blockchain platforms like Bitcoin need people to participate without any kind of restrictions, where the permissionless model comes into play.

Permissionless blockchain does not have any kind of restriction for users to view and access the transaction. Therefore, it offers less transparency as anonymity is more, and it is not easy to know who made the changes. Since transactions are encrypted, tracking a wallet address is not easy. Similarly, since only a handful of users with access can access the transactions, it is easy to track who made the changes in the data. It not only helps to track but also reduces errors, which is very important in private entities.