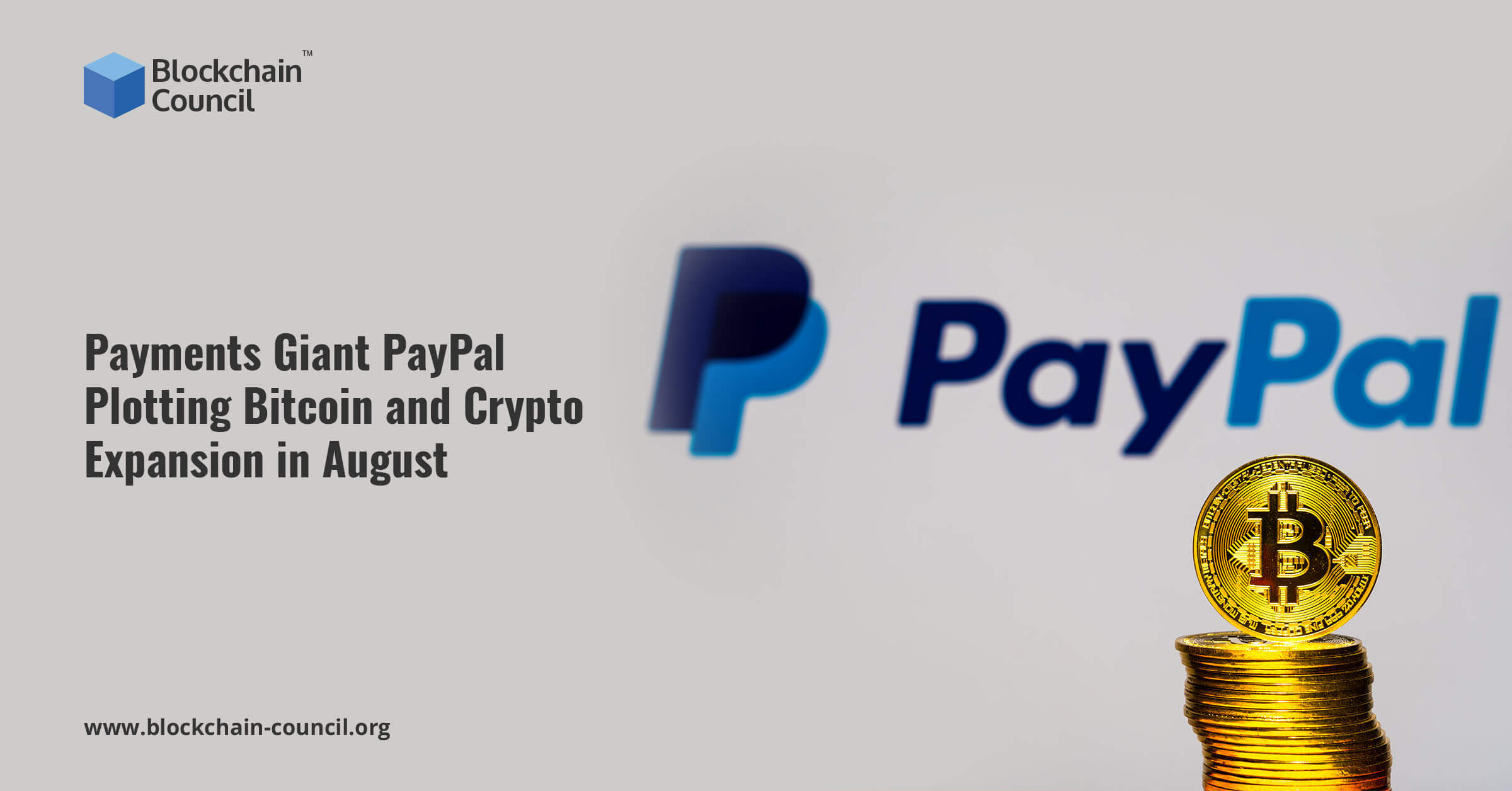 Global payments giant PayPal is willing to expand their offerings in the cryptocurrency space.

Recently on Wednesday, PayPal hosted their earnings call in order to discuss their overall earnings in the second quarter of the year. The Chief Executive Officer of the company, Dan Schulman shared how the introduction of cryptocurrencies had fuelled immense economic growth for the company during the second quarter of the year. Owing to the explosive growth rate in Q2, Schulman is now in favour of continuing adoption rates of cryptocurrencies in the company to maintain the accelerated rate of growth.

He mentioned that, fuelled by the product diversification strategy as adopted by Venmo, the company had witnessed revenue growth accelerating to almost 70 percent in Q2, which was their highest rate of growth in the past year. According to the statistics that were generated for analysis, it was found that more than 500,000 customers have successfully established new business profiles on Venmo, out of which 300,000 new profiles were created in the Second Quarter itself.

Venmo’s revenue percentage kept growing at an estimated rate of 183 percent year over year. The CEO also informed that since they are witnessing a phenomenal growth on the trading and adoption rates of crypto on Venmo, this year they have decided to extend the value proposition of Venmo by allowing consumers and merchants to pay for products and other related services and in exchange for that, Venmo would offer them buyer and seller protections for conducting commercial transactions. He added that this has been a widely successful feature on the peer-to-peer (P2P) services offered on PayPal and following the similar patterns of growth surge, they are expecting the same to be widely adopted on Venmo as well.

When asked about the company’s future agenda regarding cryptocurrencies and foraying into the crypto ecosystem at large, Schulman said that they are now assessing the capabilities of the company in respect to their crypto services. He added that he is exceptionally pleased to see the momentum that has gathered around crypto. He said that right at this moment the company is in the middle of an ongoing open banking integration, which will in actuality enhance their abilities to completely integrate into automated clearing house or ACH so that they can develop the ability to conduct transactions much faster.

He further added that if everything goes well, they will be planning to launch their services in the United Kingdom by next month, which is August.As of now the company is focussing on technologies that enable transfers to third party wallets and developing on them. Also, their goal is to make sure that they can build the best seamless experience for taxes and reporting of taxes. However, as mentioned by Schulman, while these developments taking place with these new features are exciting and interesting at the same time, the strategies and plans that PayPal have in terms of blockchain and other related cryptocurrencies are much broader and bigger in terms of scope and possibilities.

While speaking about it, Schulman said that they are now focussing all their energy in assessing and figuring out how the next generation of the financial systems would look like, how are they going to operate, how the fundamental changes that are taking place right now would impact the value system and moreover, most importantly, how can PayPal as a financial entity, come up with new innovations and help shape the future of this industry by playing a pivotal role in it. With this objective in mind, they are now working with several regulatory bodies and central banks which are spread out across the world.

There is a rising trend globally among many central banks, regarding Central Bank Digital Currencies or better known as CBDCs, which are basically digital currencies rolled out by Central Banks themselves, and this trend is on a continual rise. So much so that even a year ago, analysts point out that globally there were around 40 banks that were probing into the matter of CBDCs and now that number stands at more than 100 banks, who are interested in adopting the system of digital currencies in future.

Schulman concluded by saying that moreover this also gives them an opportunity to explore new infrastructures that can make these possible in a much more efficient way, and that too, at lower costs of transactions, so that everybody can benefit from the entire arrangement. At the end of the day, the aim of technology is to make life more convenient for us.