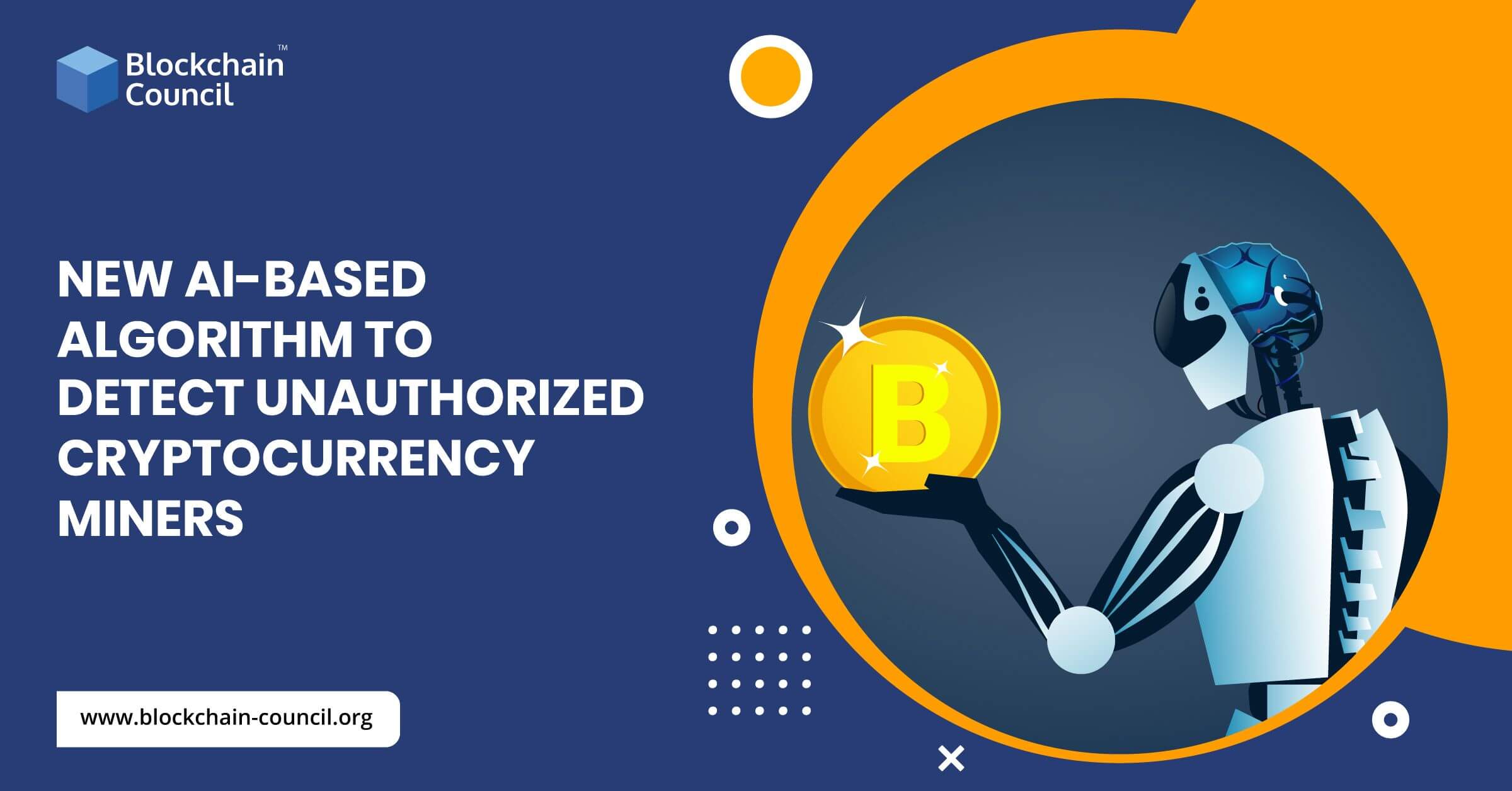 You must have heard a lot about the consequences of combining AI with Blockchain. In this article, we will discuss the latest AI-based system or detecting  illicit cryptocurrency miners.

If you are a technocrat, you might know that Blockchain and Artificial Intelligence are the two hottest technologies at present.

Blockchain is a peer-to-peer, decentralized, distributed ledger technology used to store encrypted data that operates without involving any third-party/central authority. AI, on the other hand, is how we make intelligent machines. It is a software that learns similar to how humans learn, impersonating human learning, so it performs jobs faster and better than humans ever could.

Combining the two trending technologies has the potential to perform in ways never before thought would be possible.

The integration of AI into the blockchain, and vice versa, will not only transform blockchain’s underlying architecture but will boost AI’s potential as well.

Want to become a Certified Blockchain Expert to give your career a head start? Wait no more. Sign up for the Blockchain Council now!

AI and Blockchain: A Powerful Combination

Due to blockchain and AI advancements, both technologies have the potential to benefit each other in numerous ways. From food supply chain logistics and healthcare record sharing to media royalties and financial security, the combination has the potential to revamp almost all industries and business operations. Their combo can lead to:

Blockchain, with its decentralized nature, is ideal for storing highly sensitive data. This is because blockchain databases hold their information in an encrypted manner. At the same time, AI technology is concerned with building algorithms capable of dealing with data while it is still in an encrypted state.

Another way by which both technologies can help is blockchain can help in tracking, understanding, and explaining decisions made by AI. If AI-based decisions are recorded on an immutable public ledger, it will be easy to audit them while ensuring that the records have not tampered. This will also ensure the level of transparency and helps in gaining public trust.

According to the latest edition of Microsoft’s Security Endpoint Threat Report, India experienced a higher encounter rate for malware and ransomware attacks than the regional average in the Asia Pacific last year.

Although the Microsoft report stated that drive-by download attacks had declined overall in the region, India still shows a rise of 140% in these attacks. It was noted that Singapore, India and Hong Kong encountered the highest incidence of such attacks.

Furthermore, the report also mentioned that users in Sri Lanka and Vietnam also faced a high incidence of such attacks.

Apart from this, security incidents were reported in May 2020, where supercomputers were hacked across Europe to mine cryptocurrency.

Such reports indicate that there is an urgent urge to improve cybersecurity posture and crypto jacking sophisticated attacks.

We have learned a lot about how AI and blockchain can work together to improve every industry in which they are implemented. Let’s talk about one of the unique and exceptional applications of AI in blockchain space.

According to the recent announcement, an AI-based system can spot unauthorized cryptocurrency miners. This new AI-enabled system claims to prevent systems from hacking and stealing precious computing resources.

The new AI system compares the programs based on graphs, which are like fingerprints for software that were used to misuse the supercomputers to mine the cryptocurrencies.

As criminals’ fingerprints can be compared with a fingerprint in the database, this new AI-based system similarly compares a program’s flow-control graph with a catalog of graphs for programs allowed to run on a particular computer system.

AI algorithm is reliable in the sense that it cannot be fooled by traditional techniques that unauthorized cryptocurrency miners use to disguise their codes to prove themselves legitimate.

As this new approach relies on graph comparisons to spot illegitimate programming, when tested, the researchers found that their system identified the unauthorized mining operation faster than conventional methods.

From the above discussion, it is clear that AI and Blockchain combination affects many aspects, including security, and their integration will offer a double shield against crypto-criminal activities.