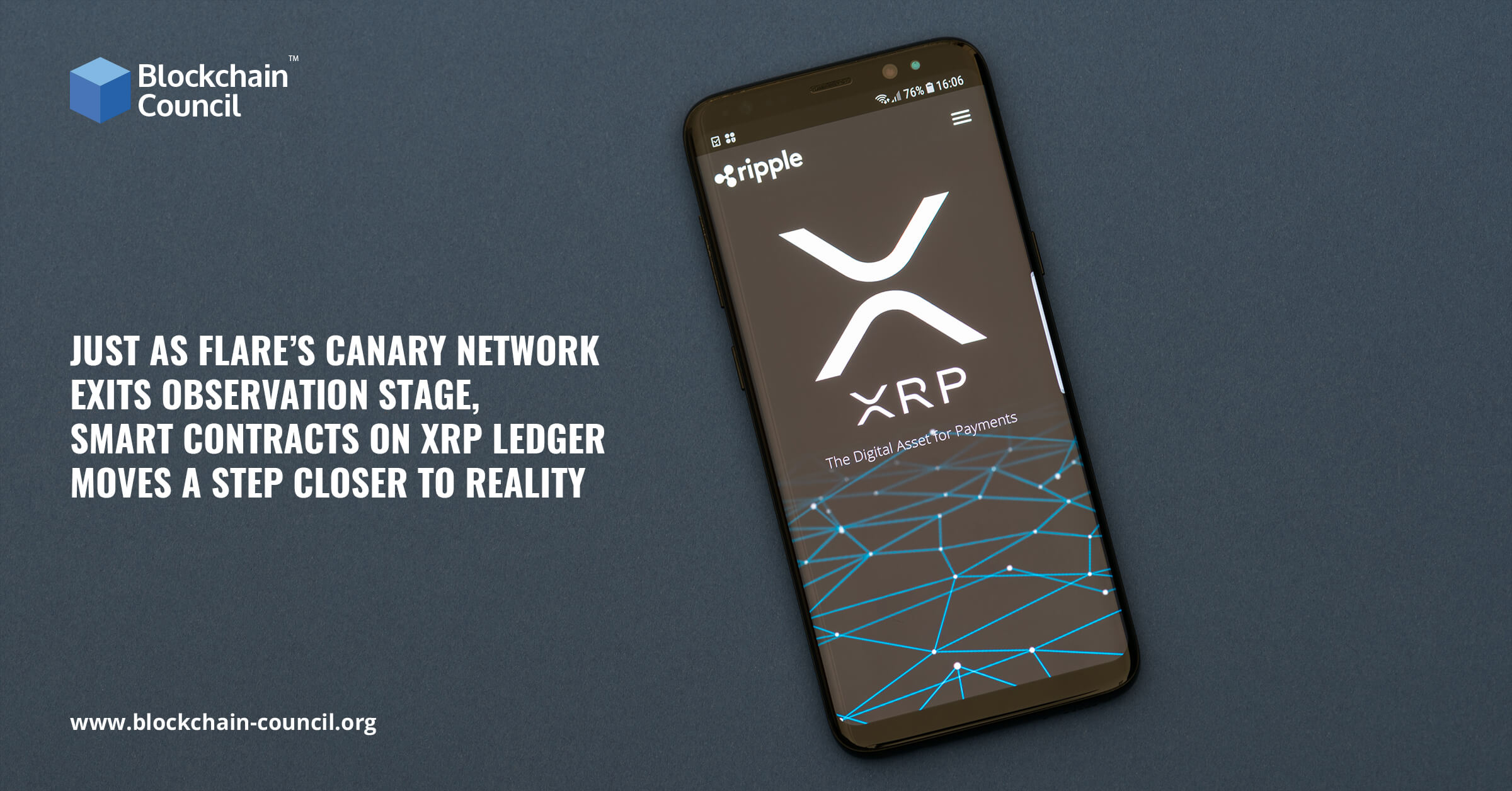 Songbird, which belongs to the Canary platform of Flare Network, has moved ahead a step towards success after successfully exiting an observation mode that lasted for ten days, getting closer to the dream of establishing smart contracts on the XRP Ledger and other blockchains.

According to a Press Release, the Songbird project was launched on the 16th of September, and the project is supposed to follow three distinct phases as it will gradually proceed to be used in the testing of the underground protocols, which in fact, will comprise of the Flare network itself.

The first of the three separate phases was termed as the “Observation Phase,” and it did terminate on the 27th of September. This phase was crucial for deploying, as well as testing the underlying network and the FTSO, which is an abbreviation for the Flare Time Series Oracle. This is the first of the three protocols that will be utilized by the FLare Network in its attempt to enable EVM (Ethereum Virtual Machine) based smart contracts on the XRP Ledger along with other networks too.

The remaining two protocols, named “State-connector” and “F-asset contracts,” will both be deployed on the aforementioned Songbird in the near future. The protocols will be allowing tokens that do not have smart contracts to back them up, to be directly accessible, and to be used on Flare scalably using dApps or decentralized applications.

Songbird had been deployed, and it passed the Observation phase quite successfully without bringing up any glaring issues. The success was followed by 40 data providers as well as 340 validators applying for whitelisting. To mention here, even the popular Polkadot had seen a similar number of applications during the launch of its coronary network, which goes by the name Kusama. Interestingly, Songbird even has a native token, by the name of $SGB, which, if the holders want, can use to give the blockchain different directions to grow forward.

The next stage of the process will witness Songbird testing the State-connector protocol, after which eventually it will eliminate the requirements for whitelisting and carefully surrender the consensus of the network to external validators.

In Conclusion: Are you interested in learning more about Blockchain, Smart Contracts or even Decentralized applications to get an edge in your business or career?

Becoming an expert on Blockchain , Smart Contracts, DeFi and Crypto is easy now, owing to a host of amazing courses from Blockchain Council, which is a premier organization offering superb online training and certification programs to aspiring individuals who want to have a successful career in the Blockchain space.

Proof of Work vs. Proof of Stake: Beginner’s Guide
Scroll to top