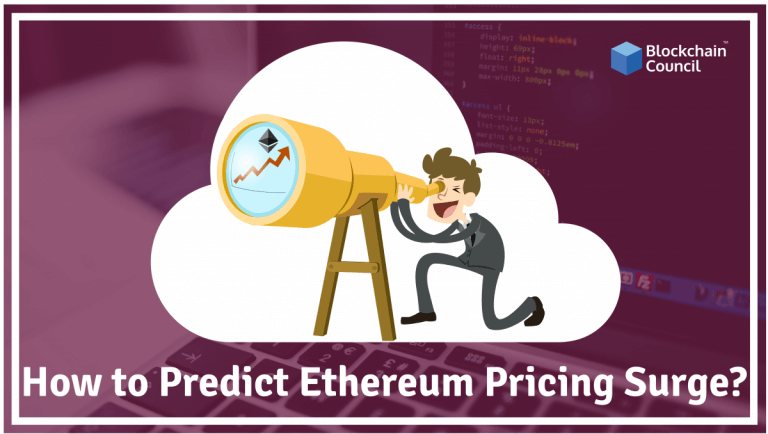 After stewing in the $300 range for several months after the initial surge to $420, Ethereum once again sees more steady growth towards the $500 new. Fueled by an overall bullish cryptocurrency market, and rallying cries of Wall Street veterans like Mika Novagratz, who have predicted $500 Ethers by the end of the year, Ethereum could very well surpass the psychologically significant $500 mark.

Ethereum is undoubtedly the cryptocurrency that the most talented developers are working for. The Initial Coin Offerings for various projects based on Ethereum this has already surpassed a whopping $2.8 Billion which is estimated to grow to $3 Billion by the end of the year. The most exciting among these projects is the decentralized exchanges which are going to be facilitated with technologies like the 0x protocol, Request Network, OmiseGo and the Kyber network. And if the Ethereum project related Github page is any indication, then the price will undoubtedly rise since the price has had a robust positive correlation with the development on the platform so far and is continued to extend into 2018.

According to a new study published at the Journal of Electronic Commerce Research and Applications, Metcalfe’s Law of Network Effects which states that the value of a network is proportional to the square of the number of its users applies very well to Bitcoin and Ethereum. The study measured the price of a cryptocurrency and compared it to unique addresses being used on the network and found a strong correlation between the two. This is excellent news for Ethereum is because the number of transactions for Ethereum has grown exponentially since the beginning of the year, helped in part by a large number of Initial Coin Offerings conducted on the platform. Another reason for the increased the number of transactions is the CRYPTO/ETH exchange pairs offered on every exchange since Bitcoin has very high fees and slow transaction speeds compared to Ethereum.

The Ethereum Metropolis Upgrade, which is scheduled to be deployed in two rounds of software updates – named Byzantium and Constantinople – brings a lot of improvements to the Ethereum platform. The first part of the upgrade, Byzantium was successfully deployed as a hard fork on October 16, 2017, and brought Zcash’s zk-SNARKS privacy technology to Ethereum along with other upgrades like more accurate gas price predictions for transactions. The second part of the update, which is expected to take effect in 2018 will bring more upgrades to enhance the robustness of smart contracts along with performance and stability upgrades.

Proof of Stake is newer, more environment-friendly consensus mechanism for newer generational cryptocurrencies that relies on the user’s economic stake to validate the network. Proof of Stake increases security, reduces the risk of centralization and requires a fraction of the electricity needed for Proof of Work. The improved functionality is expected to arrive as part of the Casper update included in the Constantinople hard fork sometime in 2018. Ethereum’s founder Vitalik Buterin recently said that he expects the stake requirements to be higher at around 1000 Ethers to stake at the beginning, but this condition could be brought down to just 10 Ethers eventually which would encourage more people to stake thereby increasing decentralization and driving the price further up.

A lot of decentralized applications are expected to launch in Q1 2018 which is excellent for the Ethereum network as more transactions mean more gas used for the network. Some of the apps are:

Augur: a decentralized prediction market which lets users forecast events and rewards them for being right.

Digix provides an auditable, and secure protocol that uses the Ethereum network in the creation of transferrable cryptocurrency assets that are backed by real-world assets like gold.

Maker Dai cryptocurrency that automatically reacts to new market conditions to stabilize its value against the major world currencies.

Ethfinex: Ethfinex is a decentralized exchange built on Ethereum by Bitfinex. It is under construction and should be launching in the first half of 2018.

From the Technical Analysis, the price may continue to increase until we face the major resistance at 0.068 ETH/BTC, which is about $600, then a moderate amount of correction may happen considering the overall bullish cryptocurrency market. Since we broke the all-time high recently, the ratio resistance is more relevant at the moment, since it shows us a more accurate picture of where are we standing. In any case, we have a bullish momentum going forward that is expected to last until at least the end of the year.

Where to buy Ethereum in India?
Scroll to top