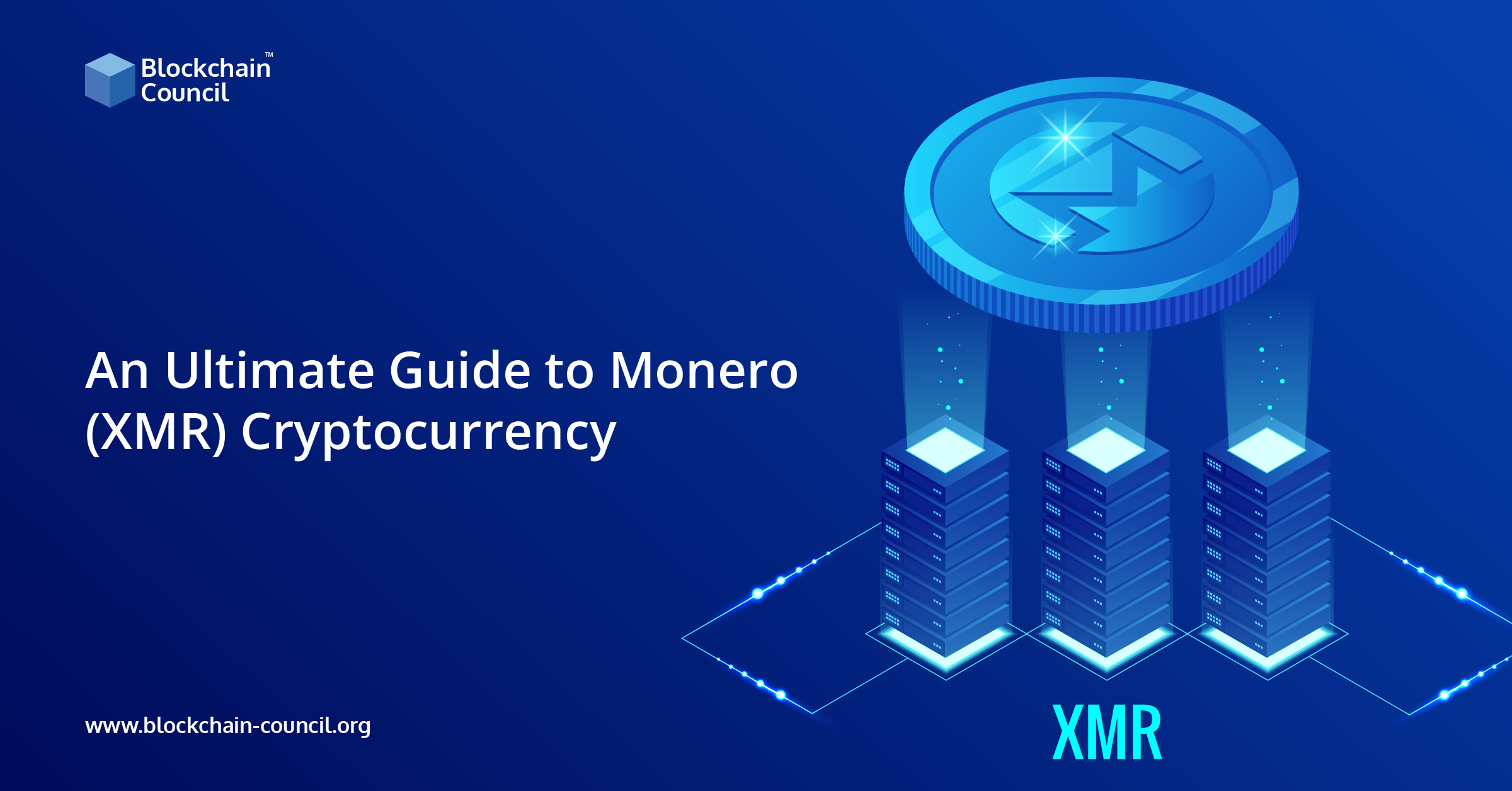 Monero crypto is one of the most popular privacy-focused cryptocurrency tokens in the world. The team designed the cryptocurrency keeping the principal objective simple yet resourceful. Monero focuses on enhancing scalability standards and offering a complete decentralized infrastructure. Furthermore, to keep transactions confidential, Monero utilizes several privacy-enhancing technologies. The network makes sure that the information related to the transactions, the sender, and the receiver are not compromised. As a result, many individuals and merchants accept Monero as a powerful substitute for the less-private crypto coins.

Let us now understand more about Monero in detail.

To know about the history of Monero, one has to understand another cryptocurrency created in 2012 by the name of Bytecoin. Monero is a by-product of a hard fork of Bytecoin. A hard fork in the cryptocurrency world means when a group of developers move away from the original software. The branch off from the original channel creates a new coin and its exclusive decentralized network. The new coin and its related network will have features identical to the original coin, along with an integration of a plethora of distinct and upgraded attributes within its cluster.

The CryptoNote technology uses one-time keys to make the transaction un-linkable. So, whenever a sender sends Bytecoin, they create a unique code that gets used in that particular transaction. The unique code created makes the coins appear to be sent to an altogether different wallet every time. Despite having a promising start, Bytecoin couldn’t make big in the sector. Unfortunately, the network faced an attack by a software bug that led to the coin’s rapid devaluation, leading people to question the developer’s intentions.

The bug encouraged a couple of cryptocurrency developers to work on Bytecoin to create a new coin through hard forks. This led to the creation of Bitmonero, the original name for Monero. Unfortunately, Bitmonero was not well-received initially. Certain features expected by the community were not there in this new coin. Due to this, the developers brought about some noticeable changes in their approach and incorporated the missing features distinctively. The project came with a new name, “Monero,” which means “coin” in Esperanto.

What is Monero (XMR)?

Monero is a digital form of currency that uses cryptography to settle transactions, secure the network, and generate new coins or currencies. XMR is the designated ticker symbol for Monero. Having built its strong customer community, the currency today finds its place in the diverse portfolio of several cryptocurrency exchanges worldwide. Unlike the majority of other cryptocurrencies, protecting user privacy is one of the main objectives of Monero.

In some private cryptocurrencies, users need to turn on their privacy feature, but in Monero, it is available by default. Since its creation, Monero has become one of the most sought-after cryptocurrencies globally. Users who are thinking about where to buy Monero crypto coins can switch to popular cryptocurrency exchanges for investment.

The blockchain network allows the creation of new Monero tokens through the mining process. The participant node that manages to solve the complex algorithm gets rewarded in the form of new coins added to the channel. Mining Monero blocks is a slightly different process from the mining procedures executed in other cryptocurrencies. Earlier, the reward generated through Monero crypto-mining plummeted with time, but since May 2022, it has been fixed at 0.06 XMR, thereby maintaining a perpetual decaying inflation rate for Monero.

One can mine new blocks with the help of a computer system or using the graphics card (GPU). Unlike the traditional crypto mining procedures, Monero miners need not have to own any special hardware or software to act as a node in this blockchain. Moreover, mining in Monero is not limited to large mining pools that only focus on mining the coins using expensive hardware. With the Proof of Work algorithm, Monero mining is made available to different parties irrespective of any pre-determined parameters.

As there is no maximum limit to the blockchain network, the blocks available in the Monero ecosystem are not similar to the Bitcoin blockchain. However, in the Monero cryptocurrency network, users get a dynamic block size and a block reward penalty that helps them make it more scalable. Furthermore, a new block is created in the Monero Blockchain approximately every two minutes.

For Block Reward Penalty, the median size of the last hundred blocks on the blockchain serves as the base. If the new block exceeds the median size of a hundred blocks, then the block reward is reduced accordingly. This discourages any spam transactions as the users, or the miners will not proceed if the penalty makes mining unprofitable. Furthermore, the Monero blockchain also considers the past median in the block size as one of the key elements to increasing or decreasing the cap on the block size, thereby giving ample space for scaling over some time.

Some of the most salient characteristics that make Monero stand out from its competitors are mentioned below, have a look:

Through the private view key, the user can allow anyone to view the account details only. Its primary purpose is to facilitate auditing and accounting. Furthermore, users can also check their funds in the Monero account using the private view key. At the same time, the public view key helps in stealth public address controls. With the help of the public spend key, one can verify the signature in the transactions, whereas the private spend key plays a role in managing outgoing transactions.

The privacy feature is the most elaborated reason people opt for Monero in place of other cryptocurrencies. In addition, the Proof of Work algorithm paves the way for various other features like the Stealth Address, Ring Confidential Transactions (Ring CT), and the Ring Signature. Furthermore, the software in Monero gets updated every six months.

This feature ensures that the sender’s identity remains hidden from the other participants. Furthermore, the sender’s anonymity remains intact with the combination of the account key of the sender and the public keys in the Monero Blockchain. The combinations make it private and unique, which does not allow anyone to decode the signature of the actual sender.

Ring CT is the improved version of Ring Signature, called “A Multi-layered Linkable Spontaneous Anonymous Group Signature.” The Ring CT hides the transaction amount transacted between the participants in the blockchain. Now Ring CT is made mandatory for all the transactions executed in the Monero blockchain network.

Ensuring privacy is one of the most significant advantages of using XMR. The unprecedented privacy offered by the network makes it rank amongst the top 15 cryptocurrencies in the world. This feature helps the sender and receivers to remain anonymous while the amount of the transaction involved between them is also not traceable easily.

Scalability is a long-time issue for crypto tokens. However, such is not the case with Monero. Due to the dynamic nature of its core infrastructure, the platform offers enhanced scalability to users. As a result, the transaction fees involved won’t be volatile. In addition to that, the transaction fees won’t get higher as the demand for this cryptocurrency rises. Thus, making it one of the most scalable cryptocurrencies.

There are multiple keys that the Monero Blockchain gives when the user creates an account. One of the keys, i.e., the private view key, can be given to the tax authorities or used for auditing purposes. Hence, the possibility of getting on the radar of the regulatory authorities is quite slim.

The virtual coin has been on the rally since the beginning of 2022. In April 2022, the Monero coin (XMR) moved at a price value of $285 in the marketplace. On 16th July 2022, the Monero maintainers announced an upgrade called “Fluorine Fermi,” introducing many new features into the Monero Blockchain network.

The maintainers said the network would enforce an upgraded version of their Bulletproof algorithm. Implementing this will decrease the transaction size by 7%. In addition, this up-gradation will improve the scalability of the network enabling every transaction to be faster and lighter. This shows how huge Monero will become.

Unfortunately, data security and privacy have become a considerable concern for people in the present world. The constant intrusion into the private life of people by the official bodies and firms has made people quite uncomfortable and cautious.

Monero has one of the best privacy-focused ecosystems within the crypto space. The digital currency network strives to live up to the very essence of cryptocurrency when it comes to anonymity and safety. It offers a wide range of valuable and user-friendly features that allow holders to indulge in an exclusive trading experience. The crypto world is highly dynamic, so users should act prudently before investing their hard-earned money in any project. However, projects like Monero have been in the industry for a long time and so can be seen as a trustworthy option for investment. After reading this article, you must have analyzed the scope of Monero (XMR) and its potential future. So, pull up your socks, and start investing!!!

Polkadot vs. Cosmos: A Detailed Comparison
Scroll to top