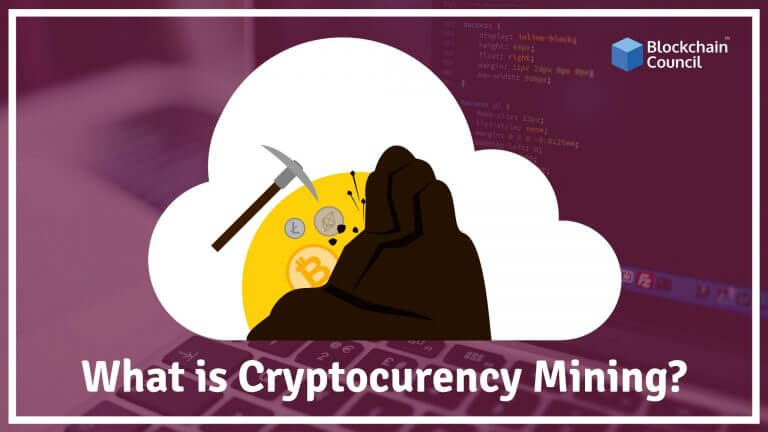 We all know that the process of mining generates digital oriented currency. This is mainly a technology which needs pressure and processing power to do the complete mining of intensive work.

What is Cryptocurency Mining and how it works? from Blockchain Council

The technology of Cryptocurrency has a public ledger which has transactions from the past. The addition of these transactions happens for estimating and understanding the previously used records for mining.

The miners usually find the blocks for mining. It is absolute that this process remains steady for mining. This technology is designed to be resourceful and tough to understand due to its complex nature. The proof of work always plays a key role for the blocks as it provides the information of validity.

The Cryptocurrency always receives a block to their nodes once they verify the proof of work. This process is a secure consensus because that is the primary purpose of initiating mining in Cryptocurrency. The systems mainly include Cryptocurrencies with the help of this mining technique to for the process of mining.

Miners are also there who have paid for their transactions at the start. They are also given subsidy for the newly mined coins. However, Commodities also follow the process of mining, but the mining of Cryptocurrencies are also the same because the mining process remains the same. The rate of mining such Cryptocurrencies is just same to the rate of mining the other commodities like gold are mined from below the ground and from other sources.

Firstly the mining process started from their CPUs for mining the Cryptocurrency. Now after the arrival of GPU, GPU mining is wise to use in this field, and CPU mining gets the unwise tag. The cost of operating the CPU is higher than the price for the initiation of Cryptocurrencies.

This mining process in GPU is very flexible and efficient. The process is faster than the CPU mining methods.

However, if GPU and CPU mining is compared with ASIC mining, they are faster for the amount of power that they consumed is low.