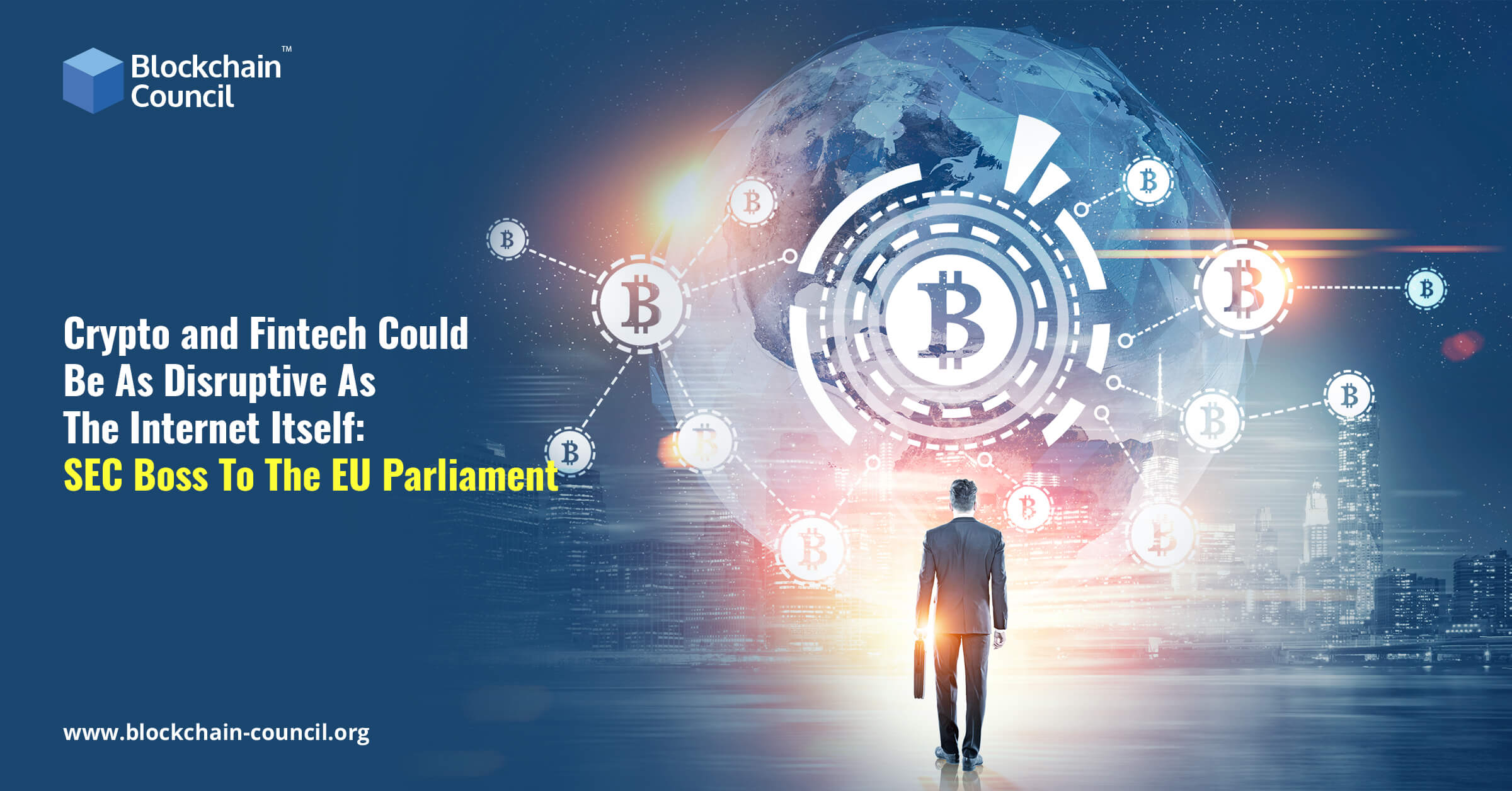 Gary Gensler, the Chairman of the United States SEC, which is better known as the Securities and Exchange Commission, has appeared before the European Parliament through a virtual mode of communication in his effort to promote a degree of cooperation between the United States and Europe regarding his opinions and suggestions on policies that concerns the regulation of crypto and digital assets, and also to regulate decentralized financial technologies.

On the 1st of September, 2021, during the course of his discussions with the Parliament’s Committee on Economic and Monetary Affairs, Gensler highlighted the dynamic role and activities of the sophisticated financial technologies that are employed across the world nowadays and how they help to globalize the flow of the economy and at the same time, how these technologies undermine siloed national markets.

Gensler also highlighted the fact that the humongous $2.1 trillion cryptocurrency market can also be described as a truly global and valuable asset class and also stated that this is such a revolutionary concept for a market that does not confine itself within boundaries or borders. The crypto market is always open the whole day, 24/7, and also seven days throughout the week. That is what separates it from the traditional systems of finance.

During his virtual meeting, Gensler tried to stay with the same pitch that he had been using for a span of a few weeks prior to that conference, and it was mostly focused on his pro-regulation position on this subject. However, he had to deviate from his usual line of speech when Eero Heinäluoma, who is a Finnish politician, asked Gensler about the environmental footprint that has been infamously associated with the mining of crypto and other activities around it.

The Finnish politician also mentioned that the consumption of electricity by the most popular cryptocurrency in the world, Bitcoin, is even greater than the electricity consumption of the entire countries of Sweden and The Netherlands. He also pointed out that the aforementioned greenhouse gas emissions have exceeded the total emissions reductions in case of the electric vehicles.

It is, however, true that there have been genuine concerns around the world regarding the harmful environmental footprints that are caused by the mining procedures of Bitcoin and other cryptocurrencies. This was exactly the reason why the Chief Executive Officer of Tesla and SpaceX, the super-popular Elon Musk, who is a widely known crypto figure, stated that he would refuse to accept payments in his companies that are made in Bitcoin unless and until they address the environmental concerns that come with it.

However, the miners gradually shifted to more eco-friendly ways of mining Bitcoin, and the emission was reduced to a considerable degree. Even now, there are various experiments going on that are trying to harness the power of alternate sources of energy that can be used to mine the cryptocurrency.

While Gensler described the environmental footprint of bitcoin as a considerable challenge, he also spoke about the increasing popularity of Proof of Stake or PoS based crypto networks that are a lot more energy-efficient. For instance, cryptocurrencies such as Ethereum and Cardano can be termed as examples of PoS crypto networks that are a lot faster and more energy-efficient. Gensler also stated that the concerns that have surfaced regarding the issue of emissions from crypto mining would eventually become focussed only surrounding Bitcoin. This is because the PoS systems are gradually rising, and that will be the future of crypto in the years to come.

The chairman of the SEC urged the attendees that there is a compelling necessity to develop sturdy public policies that would eventually help support the innovations that are taking place in the entire world of decentralized finance or DeFi applications and crypto-assets. At the same time, it is highly important to maintain a strong system of protecting the interests of the investors. He mentioned that since the DeFi and Crypto space has been riddled with various kinds of scams and frauds, it is very important to have clear and well-defined investor protection obligations protecting the investors from any such unfortunate events on these platforms.