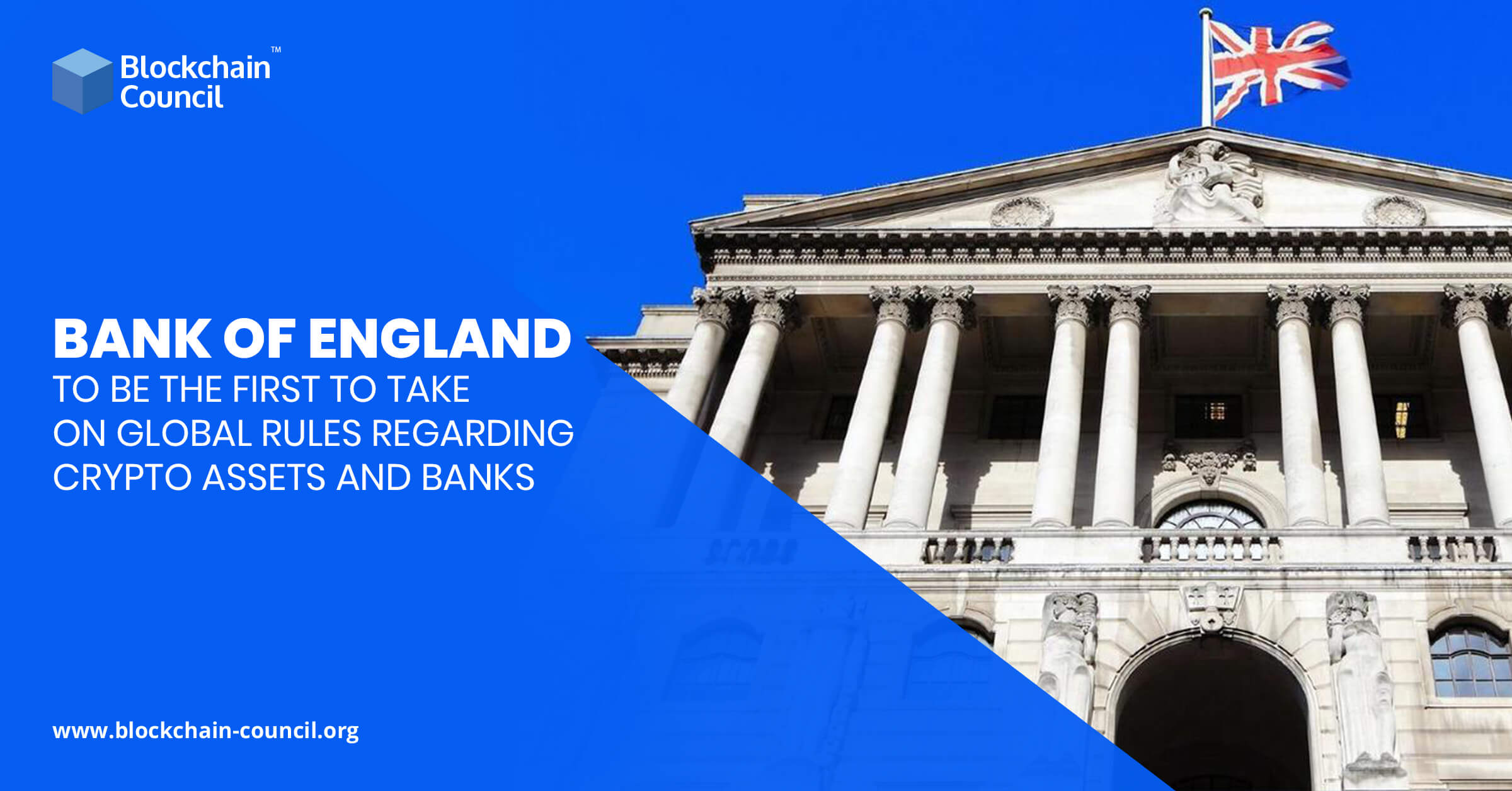 The esteemed Deputy Governor of the Bank of England has decided to stand by in compliance with the rules that were recently dictated by the Basel Committee of Banking regulators with regards to crypto and other digital assets.

Sam Woods, who is the Deputy Governor of the Bank of England, has stated that his country would be the first one to take a stance on the global standards of regulations on matters of crypto and related digital assets. This endeavor would actually be in avoidance of the banks in Britain which gained major exposure to the world of digital assets even without any substantial capital backing. The central bank declared that they would be front-running the rules as dictated by the Basel Committee on the subject of capital backing of crypto assets.

The rules which are being referred to by Sam Woods are actually proposed and dictated by the Basel Committee of Banking Regulators. Very recently, the committee has just started the procedures in order to develop the regulations properly, and according to the experts, these regulations might as well become the standard for most of the major global banks.

According to the rules as dictated by the Basel Committee, the major banks across the world that are in possession of crypto and digital assets must have sufficient capital backing, which would be equal to that of the amount of crypto in possession. In addition to that, these rules also include a bunch of disciplinary fees, which may be effective enough to make sure that the lender’s involvement in the crypto space is prohibited. The Deputy Governor has called out these rules to be sensible enough and even went on to mention that the banks do not have adequate exposure to crypto assets.

The Deputy Governor also stated that they would not want to prevent any of the firms from undertaking activities that are commercially viable and sensible. However, he also stated that they would be adopting a pretty conservative perspective on the issue of capital treatment, and if they deem it necessary, they might as well put some capital measurements in place, even if they have to do it in some other way.