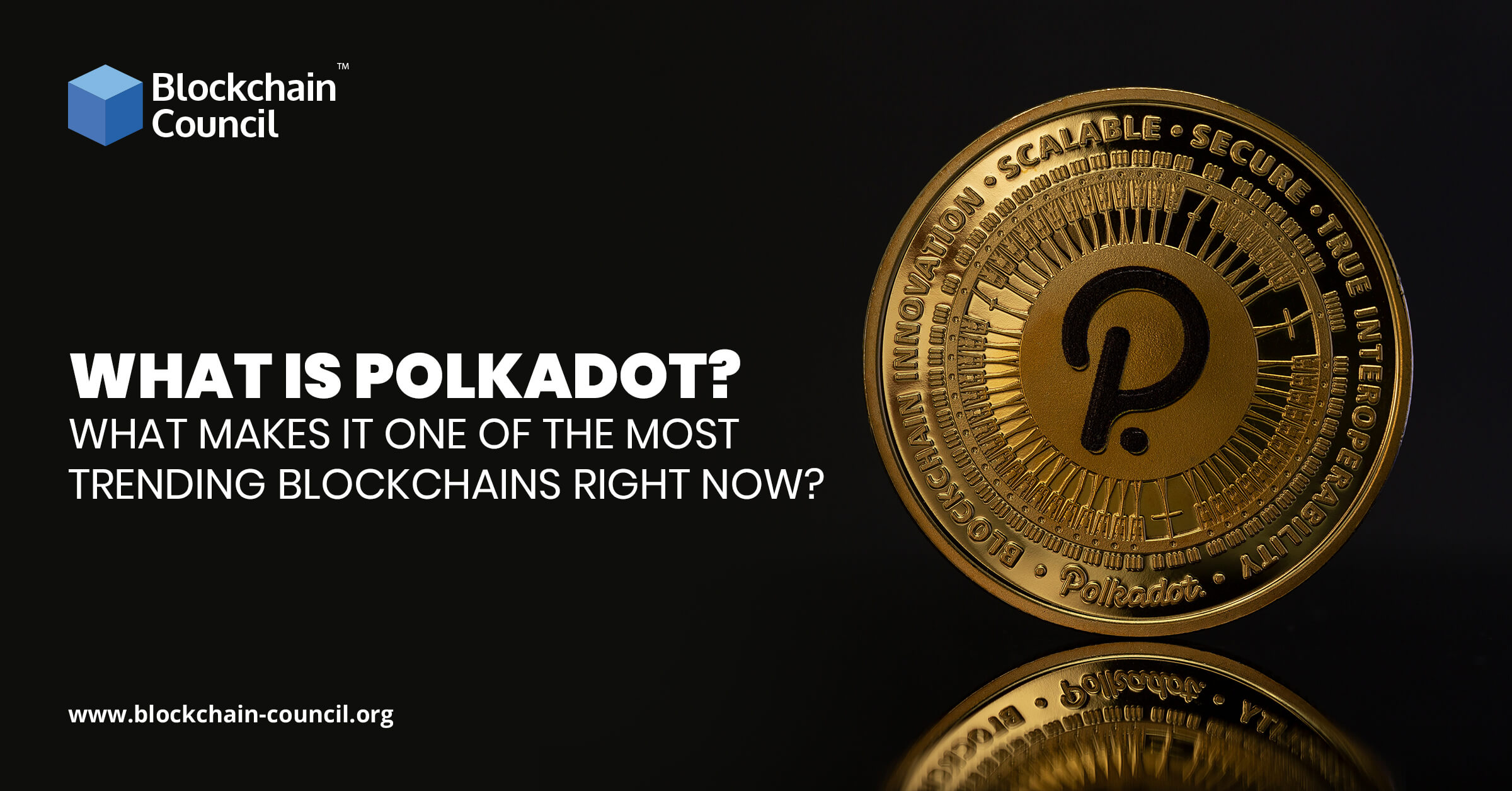 The blockchain ecosystem is undoubtedly dominated by the crypto whales like Bitcoin and Ethereum. However, in such a scenario, Polkadot is emerging as a next generation blockchain network with a host of features and services.

The capability of Bitcoin in transferring value without the presence of central authority was limited in terms of scalability as well as interoperability. This helped pave the way for the Ethereum blockchain to rise. Ethereum brought about a platform where one can build and run multiple applications without intermediaries; it also introduced value transfer through smart contracts.

However, owing to the extremely high gas fees and congestion in the Ethereum network, many projects are being dropped. This is exactly where Polkadot comes into the picture. The rise of Polkadot has been stratospheric ever since it was released in the market. DOT, its native currency, was listed among the top 10 cryptocurrencies just a few months after its launch.

Polkadot was founded by Gavin Wood, a brilliant computer scientist who also helped co-found the Ethereum network. This platform allows users to use multiple blockchains in order to transfer values in a trustless environment while leveraging only one secure channel. According to Wood, Polkadot is the answer to the network upgrade of Ethereum 2.0, which is currently underway.

Polkadot has focused seriously on emerging as a heterogeneous and fully scalable network aiming to develop multi-chain technologies. The Swiss organization named Web 3 Foundation, which basically governs the network, believes that Polkadot is the future of blockchain.

How was Polkadot created?

Polkadot began as a white paper that was developed by Wood back in 2016. Gavin Wood was a former CTO of Ethereum, and he is the one who had developed the Solidity programming language.

Polkadot came into being from a precursor project which was named Kusama, in 2019. It was developed as an unaudited canary project. The Kusama project also boasts of faster parameters for governance with low entry barriers. It is also an independent and standalone network.

Polkadot was initially launched back in May 2020 as a PoA or Proof of Authority protocol. A single Sudo or super-user account was used to control its governance structure. Validators joined the network after it was launched in order to participate in the consensus protocol.

On the 8th of June, 2020, the network quickly shifted to a more well-tested Proof-of-stake (PoS) protocol. The super-user account was abandoned in July last year as a decentralized group of validators secured the blockchain network. Thus, the network was gradually moved in the hands of the DOT token holders. This ingenious paradigm shift helped Polkadot achieve its objective of becoming a decentralized network.

DOT- the native token of Polkadot

The DOT token currently ranks number 8 among the largest cryptocurrencies by market capitalization. DOT is a utility token that provides features such as bonding, staking, and governance in their network.

The feature related to governance allows the holders of the DOT coin to have a sense of control over the Polkadot network. For example, the holders of the coin can determine the operating fees of the network, schedule the addition of any new parachains, and the auction dynamics. The holders also have the authority to decide when to execute upgrades and carry out fixes on the network when and if necessary.

The DOT token has the ability to add parachains. This function is known as ‘bonding,’ and during this time, the tokens are unavailable for use. However, they are again released once the parachains are removed.

The architectural technology of Polkadot

In its objective to become a heterogeneous network, Polkadot functions in a different manner than Ethereum. Parachains and parathreads are used, which connect to Polkadot’s primary Relay Chain. In addition, the platform contains bridges through which the chains can connect to external networks.

This is the central point of focus in the Polkadot protocol. It is the primary driving factor behind the network’s consensus, cross-chain interoperability, and shared security. It is also the primary blockchain operating in the network. This is exactly where transaction blocks are completed. Also, the Relay Chain takes care of the value transfer as well.

Parathreads have the same functional capacity as parachains, with only a few exceptions. These are basically parachains developed based on a pay-as-you-go model instead of leasing an entire slot. As a result, these are ideally suited for projects that do not require steady access to the aim network.

Other notable features of Polkadot include:

Conclusion: the future of Polkadot

The overwhelming popularity of Ethereum has led to extreme network congestion, and highly expensive gas fees have led to dissatisfied users. As a result, they are searching for better and safer alternatives. Experts believe that Polkadot can provide a more viable and better solution. In addition, developers believe that its multichain Heterogeneous Network is easier to build And allows projects to be deployed with much more ease.

The developers prefer to leverage the blockchain community of Polkadot to create awareness for their projects. Polkadot appears to be ready to continue its quest to develop a perfect blockchain network that can function in a trustless environment, transfer values, and seamlessly validate data. To understand the investment opportunities in the DOT coin, it is always advisable to learn cryptocurrencies or get a blockchain certification done to understand the pros and cons better. With its roots in the DeFi ecosystem and many other areas of digital assets, the Polkadot blockchain has a long way to go.