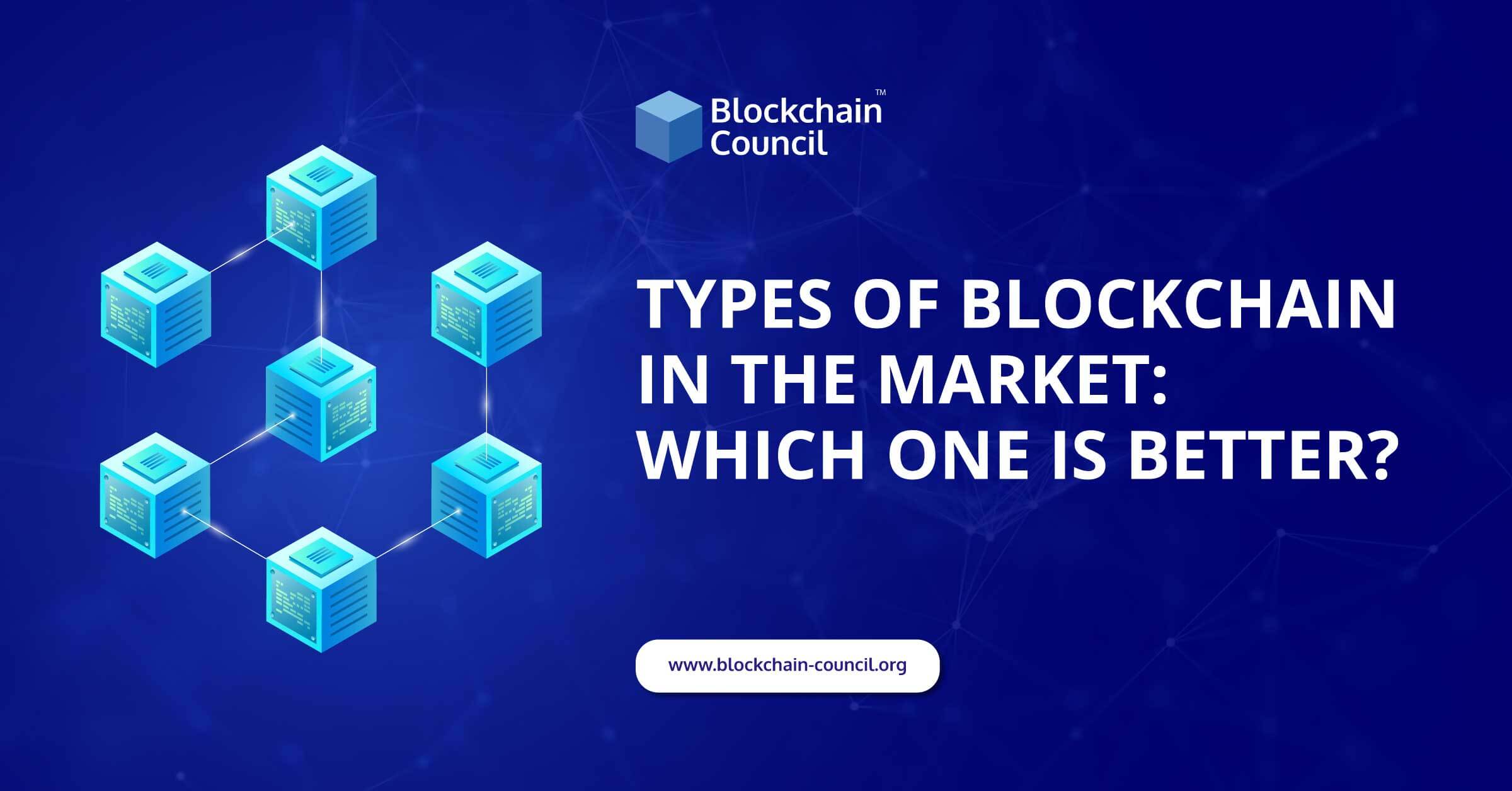 A blockchain, as most of us, are aware, is an encrypted, distributed database that aids in the secure transfer of ownership using public-key encryption methods. In other words, it is a transparent, trustless, publicly accessible ledger that uses decentralized consensus to maintain the network. This implies that it eliminates the need for a central authority such as a bank, corporation, or government. It is a digital ledger of transactions and contracts that need to be recorded independently. Multiple copies of the same data are stored in different locations and different devices. This is what makes blockchain a peer-to-peer network.

The two most common types of blockchains that we most often hear of are private blockchains and public blockchains. There are other variations such as the consortium and hybrid blockchains. Let us now understand each in detail.

The notable types of blockchains available in the market are:

It is a non-restrictive, permissionless distributed ledger system. It marks the beginning of the major types of blockchains we know today. Bitcoin, Litecoin and Ethereum are the blockchain platforms that are typical examples of a public blockchain. So, what are public blockchains? As the name suggests, this blockchain is ‘for the people, by the people, and of the people.’ Anyone having access to the internet can become an authorized node by signing in to the blockchain platform. They are then considered part of the blockchain network. A node or user of a public blockchain has the authority to perform mining, access current and past records, and verify transactions, or perform the proof-of-work consensus protocol for an incoming block. In this blockchain, there is no one in charge, and anyone can participate in writing, reading, or auditing the blockchain. These blockchains are open and transparent. In a public blockchain, decision making happens through consensus algorithms such as proof-of-work proof of stake. Consensus algorithms refer to a decision-making process for a group, where individuals of that group support the decision that works best for everyone.

A public blockchain network lets people do the following things.

This refers to a closed blockchain network, and this network is not completely decentralized and distributed like a public blockchain. It is a restrictive, permissioned blockchain that only operates within a closed network. It is the private property of an organization or an individual. Unlike public blockchains, there is a person who is in charge here and looks after important things like read /write and to whom access must be given to read. Here, consensus or decision-making is achieved on the whims of the central in-charge who will decide whom to give mining rights or will even decide not to give at all. Private blockchains comprise of specific constituent nodes on the network that are given the rights to create, view, and authorize transactions. The blockchains developers will decide on the node that will get the transaction rights. The authorizations, permissions, accessibility, and level of security in the hands of the controlling organization. Public blockchains have a small and restrictive network. The blockchain platforms that fall under the private blockchain category are Hyperledger Fabric, Hyperledger Sawtooth, Corda, and Multichain.

In a public blockchain, the following things are not possible:

It is a combination of a public and private blockchain as it combines the features of both because it lets one have a public permissionless system and a private permissioned system. The nodes or users can control the feature of who gets access to which data on the blockchain. Dragonchain is a perfect example of a hybrid blockchain. It provides businesses with the flexibility the data that they want to keep public and transparent and the data that they want to keep private. The hybrid nature of the Dragonchain blockchain platform is made possible through the patented interchain capability, that helps us connect easily with other blockchain protocols. This allows businesses to operate with transparency without having to forego security and privacy. A hybrid blockchain works by generating the hashed data blocks using the private blockchain network. This is then followed by storing the data in the public blockchain without compromising data privacy. It provides flexible control over the blockchain. Hybrid blockchain is used for scalability and decentralization.

I hope you have now got a clear understanding of the four types of blockchains and how they differ from each other. The answer to the question, ‘Which blockchain platform is the best?’ is largely subjective and depends entirely on the specific needs of an individual or a business. Selecting the right blockchain technology for implementation must be based on the respective business case and the potential benefits that one expects to gain out of implementing a blockchain.

If you wish to become a blockchain expert, check out Blockchain Council.

Why the Demand for Blockchain Developers is ‘through the roof’?
Scroll to top