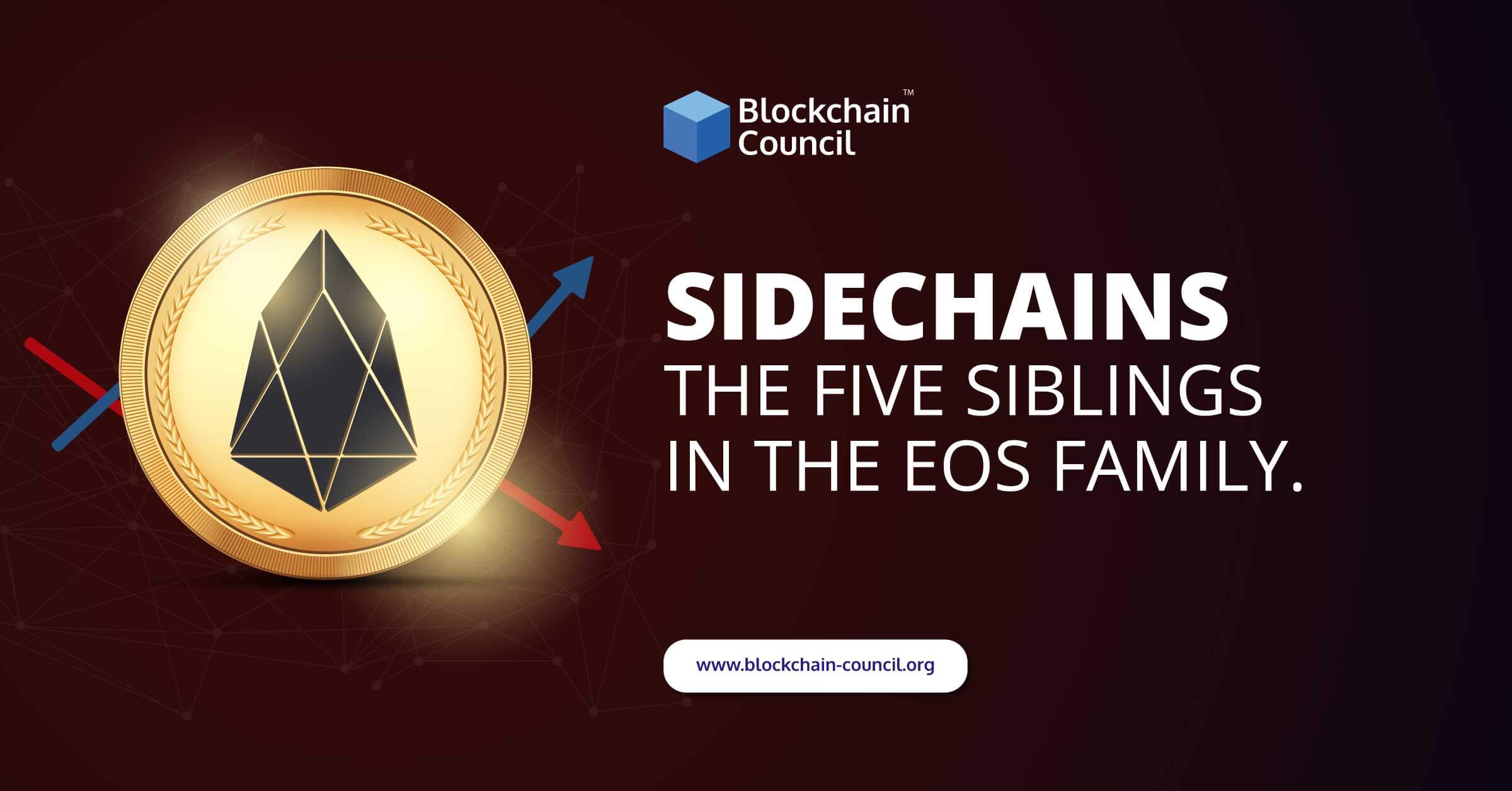 EOS is a decentralized platform which is designed to support decentralized applications (DApps) similar to the Ethereum blockchain. Though the EOS blockchain is only a year old, it has rapidly risen to prominence as one of the leading blockchain platforms that help develop distributed applications. The model of EOS is slightly different from that of other proof-of-work blockchains such as Ethereum. The EOS system relies on 21-high powered block producers to drive its network, thus providing maximum performance speed and efficiency.

Though EOS’s model has been successful, there are certain parts of the EOS community that have their own idea of how the platform should work. Due to this, several complementary projects have sprung up on the EOS mainnet. These projects are commonly referred to as sidechains or sisterchains. Each of these sidechains runs a modified version of Block.one’s EOSIO software.

Let us now list down some of the most prominent EOS sidechains.

Telos makes life easier for app developers. The Telos solution was introduced in response to the RAM market of EOS, that makes participation in the network prohibitively expensive. One of its main goals is to eliminate account creation costs and stabilize fees. Although Telos’s goals are humble, EOS has already mitigated most of these concerns using features such as REX and RAM.

Telos intends to distribute voting power. Wealthy coin holders have the majority of the voting power in on EOS, thus allowing only a limited number of wallets to set the course for the entire network. To stop this from happening, Telos limits the number of TLOS tokens to 40,000 tokens for its EOS Genesis Snapshot accounts. This will help make the elections more fair and decentralized.

Telos, that went live in December 2018, has been quite successful. Since then, the TLOS token has managed to rank among the two hundred largest cryptocurrencies, in terms of market capitalization. As of March 2019, 40 projects have committed to developing applications on Telos.

2. Worbli- for finance and enterprise

It is an EOS sidechain that intends to provide services for financial institutions and enterprise users. It is more centralized than EOS. In EOS, users are allowed to vote for block producers. In Worbli, the block producers are picked by hand. Worbli maintains strict regulatory compliance. All the block producers and account owners must undergo KYC (Know Your Customer) or AML (Anti-money laundering) background checks.

In terms of market capitalization, its token is one among the 2,300 largest cryptocurrencies. Worbli is one of the earliest EOS sidechains.

WAX or Worldwide Asset Exchange is a game asset trading platform that is based on blockchain technology. The EOSIO mainnet was launched in June and this qualified it as a new member of the EOS family. It deals with the exchange of virtual goods like character skins and in-game items. The WAX token is one among the ninety largest cryptocurrencies.

The WAX sidechain was not designed only to confront the existing EOS problems. It relies heavily on features from other projects such as Ethereum’s ERC-20 token standard.

4. EOSForce- a sidechain with new governance

EOSForce is a Chinese-based EOS sidechain, that primarily makes changes to the default governance model of EOS. The EOS mainnet allows vote splitting, where coinholders can vote for multiple block producers with each token they hold. But in EOSForce, coinholders can only vote for one block producer with each token. EOSForce provides token rewards to users voting for block producers. This is a feature found on other blockchains with vote delegation like Tezos and Cosmos.

These are a few governance changes introduced by EOS. The mainnet upgrade performed by EOS on 1 July 2019 helped improve the interoperability and performance of the sidechain.

This focuses on business applications. It is designed for DApp construction. Its main focus is on solving real-world problems. It emphasizes on interblockchain communication. Boscore is capable of handling tokens like Bitcoin and Ethereum. This ensures that its app developers can work with some important blockchains. It provides a few other features as well. It aims to provide higher transaction speeds when compared to EOS and currently offers more plugins than EOS.

EOS developers are currently working on many problems that sidechains are trying to solve such as voting distribution and resource costs. The end result is many sidechains becoming redundant in the future. EOS sidechains benefit the EOS blockchains by providing horizontal scalability This means that they offload some of the transactions and activity that would otherwise have to be handled by EOS. But this needs the participation of both block producers and developers. On the whole, sidechains are useful additions to the EOS ecosystem.

To know more about blockchains and enrol in blockchain certifications, check out Blockchain Council.

Token vs Coin: What’s the Difference?
Scroll to top