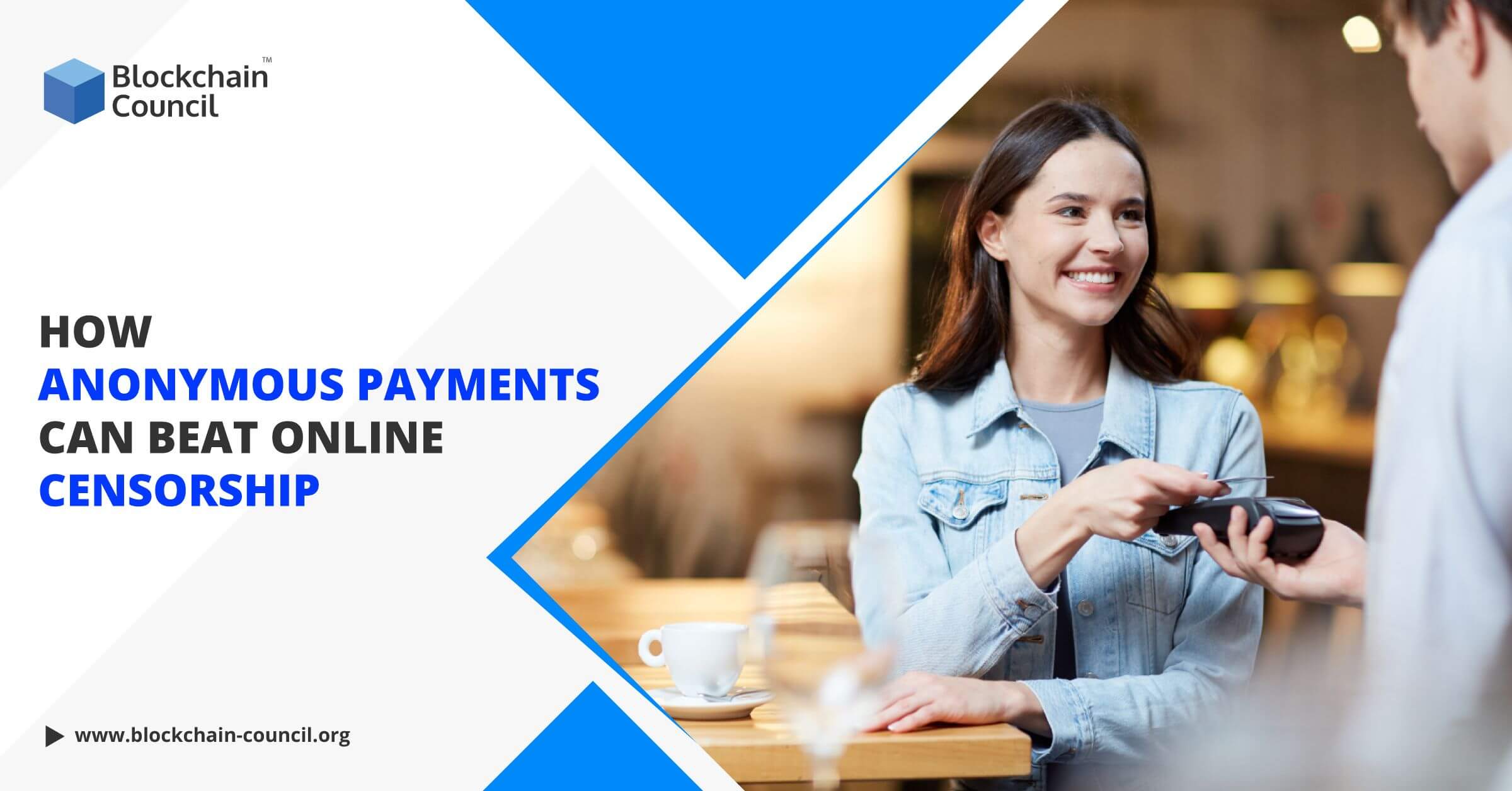 As the risk of online censorship and surveillance is becoming a growing concern, blockchain developers are figuring out solutions for anonymous payments. In this article, we will explain how anonymous payment systems like Lightning Network can beat internet censorship.

What is Online Censorship?

Internet censorship means controlling what can be accessed and published on the Internet set by regulators. In simple words, the objective of Internet censorship is to obscure information and hide truths. As this is becoming a major growing concern globally, publishers need to accept anonymous payments from their subscribers and advertisers. Online censorship leads to violation of rights, limits educational resources, and affects business in a way that businesses and enterprises are unable to compete entirely on a global scale, or access the best resources they require.

According to the latest announcement, “Online censorship and surveillance will continue as long as local fiat currencies are the only paying methods for telecommunication services.”

Anonymous Payments- A One Stop Solution

When it comes to anonymous payment methods, cryptocurrencies are the most widely used online payment method. Technologists believe that the combination of bitcoin and orbital communication may be a new method for stopping other powerful entities from suppressing news they don’t prefer. Netblocks, an Internet Shutdown Observatory, uses routines for detecting internet disruptions, online censorship, and cyber-attacks for several usages.

To solve the issue of communications suppression, a lot of blockchain developers are looking forward to viable solutions. Iridium Go, satellite internet systems can be considered as a way to bypass local censorship, but since they are not cost-efficient, they cannot be massively adopted. An alternative to this approach can be a low-earth-orbit satellite system that offers high-speed internet access at cheap prices, but in return requires huge investments in proprietary satellites and for customers to buy costly receiver equipment.

Blockchain developers are considering Blockstream’s Blocksat Transmission service, as the best solution to deal with such issues. This platform allows anyone on the internet to uplink data to be broadcast alongside the startup’s dedicated Bitcoin network data feed.

Founded by veteran cryptographer Adam Back, Blockstream Satellite network broadcasts the Bitcoin blockchain globally and protects against network interruptions and provides regions without reliable internet connections to use Bitcoin.

Blockstream solves the issue of allocating insufficient download bandwidth by asking uploaders to bid for space in their broadcast on the basis of per-byte. It allows content uploaders to pay using the Bitcoin Lightning Network (known for enabling faster transactions among participating nodes and a solution to the bitcoin scalability issue) without disclosing their identity or even that the purpose of their payment is Blockstream.

But such global internet providers will still be subjected to related online censorship from payment providers in every one of the jurisdictions they work. They will also receive requests to reveal their customers’ identities without powerful human rights protections.

Originally, the Lightning network was designed for Bitcoin, but at present, it is developed for the varieties of other cryptocurrencies as well. It is a “second-layer solution that suggests that it is a network that sits on top of the Bitcoin blockchain. In this network, lightning nodes can send and receive from the blockchain, but can also open off-chain “channels” between each other that can send value almost immediately and for a fraction of the cost.

Internet access provided by conventional telecommunication companies in last-mile locations is generally expensive, limited, and unreliable, and they even lack high-speed data than cities and high metered rates relative to income.Lightning nodes that concentrate on giving connectivity in last-mile locations could supply this market by charging routing fees based on demand. For example, High-altitude balloons, community WiFi networks, CubeSats, mesh relays are some communication technologies that can be encouraged with Lightning micropayments. Such payments allow any two devices to settle a payment in exchange for the delivery of data. As this network adds another layer to Bitcoin’s blockchain, it enables users to make payment channels between two participating parties on that added-on layer. These payment channels can exist for as long as needed, and transactions are almost instant, and the fees will be extremely non-existent.

Although Lightning is not the final solution, this can significantly improve the network scalability. Transactions based on lightning networks are almost instant and do not require the approval of the whole network. Furthermore, it reduces congestion on the main network and facilitates super-fast transactions. For now, the network is not quite ready yet, but in the years to come, we can expect the Lightning Network to experience a surge in popularity and adoption.

Types of Blockchains Explained- Public Vs. Private Vs. Consortium
Scroll to top