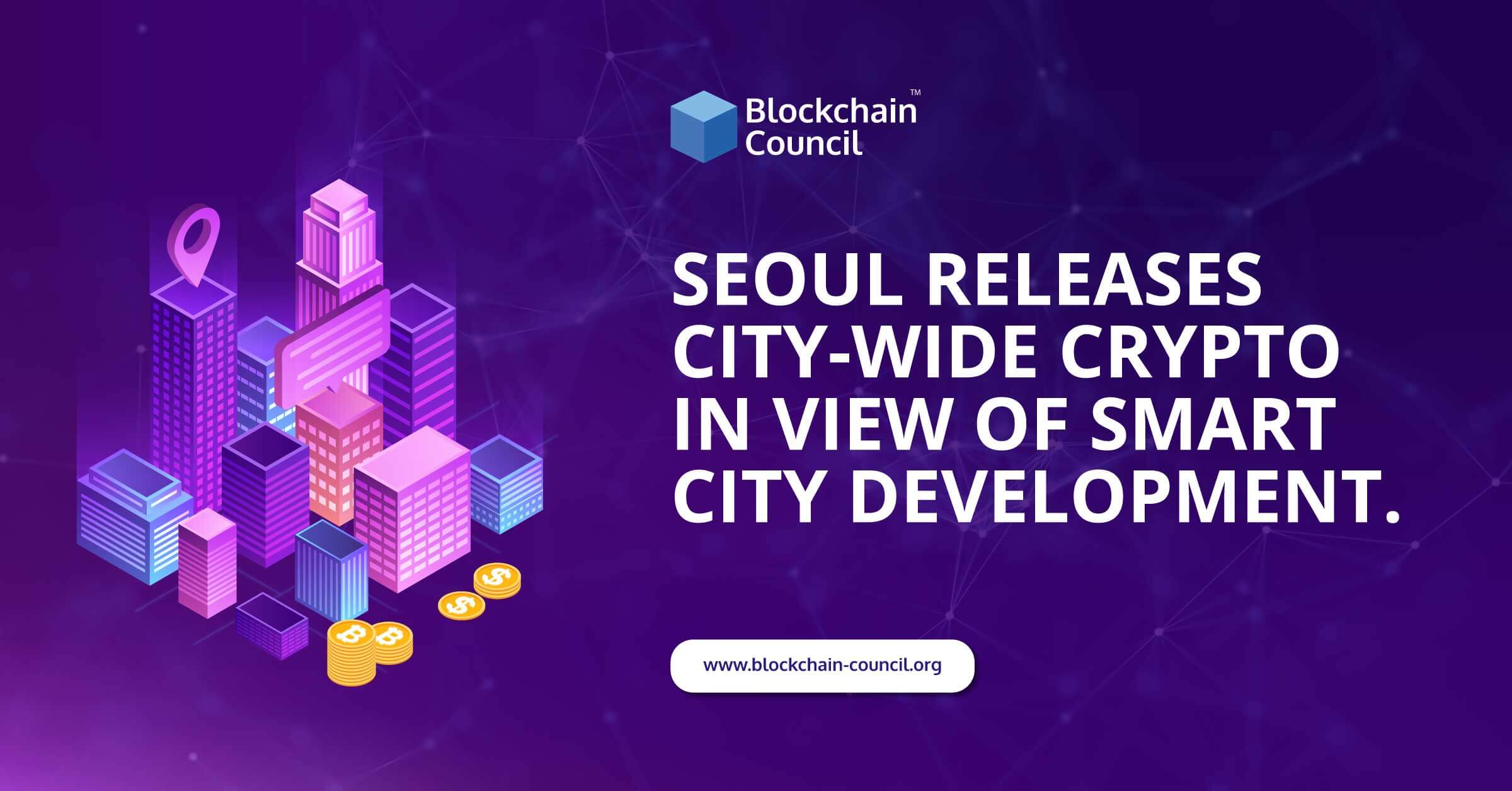 Seoul, South Korea, plans to launch its own digital currency by November 2019, with the aim of transforming into a blockchain smart city. The city-wide digital currency dubbed as ‘S-coin’ operates on the objective of encouraging citizens to participate in governance, collect information, and facilitate cooperation among citizens. It will act as a document filing system and an identity system for Seoul residents. Seoul also plans to leverage blockchain for improving the work of the ‘Seoul Resident Card.‘ The S-coin will act as a reward to city residents for participating in surveys, charities, and social activities.

South Korea plans to put the following things in place by November 2019:

Rewarding active citizens with the S-coin will provide them with a sense of importance and that their voice and vote matter. This is a good way to promote active citizenship as citizens can be incentivized to give their own suggestions or make proposals which will then be voted on by others. Information of citizens is very crucial and is of great importance, especially in smart cities like Seoul. However, it is tedious to commission surveys and making citizens take those surveys for providing their data. People will agree to share their information if it is needed for some useful public service. But, if the purpose of data collection is unclear, and it does not directly benefit the citizens, they would not be too willing to share. On the other hand, rewarding them with digital coins will make them feel as if providing the information needed by the government is their civic duty.

While commenting on regulatory innovation with regard to blockchain, South Korea’s President Moon Jae-In, stated:

“While regulatory innovation in the era of industrialization was a matter of choice, it is now a question of survival as we are experiencing the fourth industrial revolution, characterized by fusions across industries and fields.”

Another interesting use case of the S-coin is that parents will be able to gift it to their children as rewards. The coin will be programmed to be redeemed to get specific treats at certain stores and to be spent exclusively by children. The Seoul Government expects the S-coin to act as an instrument of influence on people’s behaviour and developing a smart city. Recently, Busan, South Korea’s second-most-populous city after Seoul, decided to launch a blockchain-based digital currency in collaboration with BNK Busan Bank, which is a subsidiary of the local holding company, BNK Financial Group. The city aims to revive the local economy and secure a leading position in blockchain development by issuing a local digital currency.