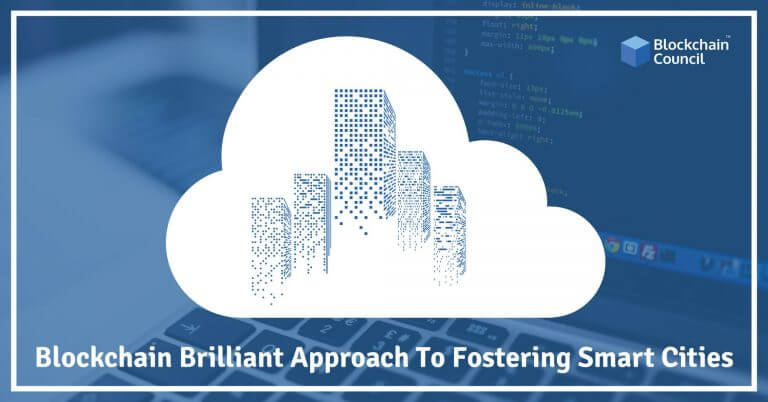 The past few decades have seen an incredible amount of growth in urban migration due to various factors like opportunities and lack of resources in rural areas. As more and more people move into cities, there is no doubt that cities would need to upgrade their infrastructure to become more efficient and secure. As we become increasingly reliant on the internet of things devices, we would need to make sure that they can handle the load and also keep us secure. This is where Blockchains have a lot of promise for the future.

What the Future holds for Smart Cities?

The last decade has witnessed incredible growth for Internet of Things (IoT) devices as the internet has reached a much more comprehensive audience. The availability and ubiquity of low budget smartphones have helped create a more connected world than ever before. Because of the growing number of Internet users and devices, it is now much easier to traverse the biggest cities in the world using just your smartphone. From subways to restaurants and cabs, nearly everyone accepts some form of electronic payment in the cities. The significant shift in the future lies in making devices themselves receive these payments and provide services.

Self-driving cars, now very much a reality, need a payment processor that is not only cheap and fast but also capable of handling millions of transactions per second to keep the hundreds of cities worldwide functioning. For the cab industry in the future, we would not require humans to do all of the tasks that machines can handle. A typical cab transaction would go as follows: a self-driving cab is parked overnight in an automated parking facility. Upon getting a request for pickup, it settles its bill with the parking facility and drives off to purchase fuel for its next trip. The fuel cell charging station which would also be automated charges the cab and cab can finally make its journey. The rest of the process is relatively similar to our current system where the user’s smartphone handles the user boards the cab and the payment. A similar automated set up is also feasible in a plethora of other places like automated bike stations, self-service machines, etc.

How Can Blockchains Help Security?

The scenarios described above relies heavily on the security of the underlying systems that constitute it. It is, therefore, necessary that the internet of things devices can defend themselves against malicious actors. This is where Blockchain tech could help us gain an edge over the attackers as Blockchains help us to create applications which provide data immutability, integrity, and confidentiality. IOTA is one the most ambitious Blockchain projects in this space as it is trying to be the backbone of the whole internet of things market as a payment processor and a smart contract platform. IOTA promises near instant and feeless transactions and boasts of near infinite scaling thanks to its revolutionary new approach to the distributed ledger technology, called The Tangle. IOTA keeps the transactions free and secure by forcing every node that wants to make transactions to verify two more transactions before it can send any. Using this small amount of proof of work, IOTA ensures that everyone on the network contributes in some ways and overall network grows as the number of users does.

The most significant news for smart cities in 2018 has been the partnership that IOTA has formed with the city of Taipei. Taipei is pioneering a move to the new paradigm of smart cities by using IOTA’s tangle technology to help create a range of new technologies for its residents. Currently, IOTA is working with the city to create the first smart service, citizen identity cards which will be called TangleID Cards. These ID Cards will help reduce the risk of voter fraud and identity theft while ensuring safe storage of government records like health history and other official information. IOTA is also working on a side project that is a small card that will assess real-time data on light, temperature, humidity, and pollution. This card is intended to provide citizens up to date information about pollution levels.

Ways to Invest in Blockchain without Buying Cryptocurrencies?
Scroll to top