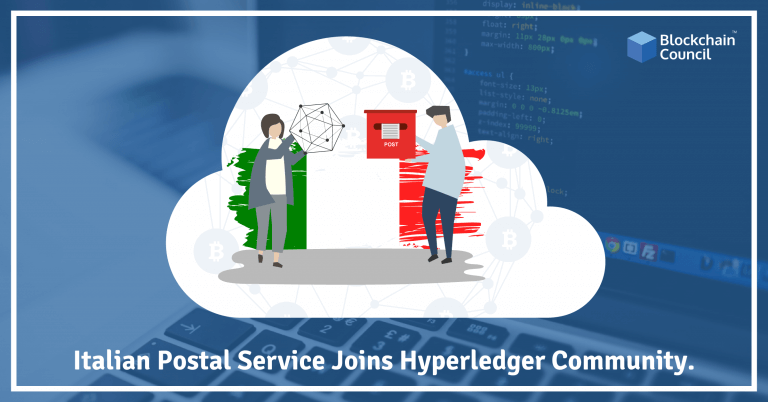 Blockchain has laid the foundation stone for the next generation of technological development. In a decade long journey, Blockchain has given us many innovations that have transformed the business operations. All this aim at improving the business functionality while ensuring transparency, provenance and data security. Hyperledger is yet another wing of Blockchain that surged in the year 2016.  It is a collaborative Blockchain project which is spearheaded by Linux. The company has many big names on board, and the latest addition to this is the Italian Postal Service. Read ahead to know more on this news.

Whenever you would read about Blockchain, one of the most common terminologies that you would come across is Hyperledger. Linux Foundation created this platform in December 2015, and it started to gain momentum from February 2016. Many of us confuse Blockchain with cryptocurrency and hyper ledger, but the fact of the matter is that these are entirely different. You must know that Hyperledger is not a cryptocurrency, it is not a Blockchain; instead, it is like a hub where open source Blockchain-based applications are developed. Whenever you read about Hyperledger, you would stumble upon some innovative projects for non-currency and industrial Blockchain applications.

Who Are The Contributing Members Of Hyperledger?

Linux Foundation’s Hyperledger started with ten members on the list, and today it has extended to more than 100 members coming from different industries. It has technology giants like Dalmer, IBM, SAP, Nokia,  biggies like American Express, BBVA, Well Fargo. Hyperledger list of members is not merely restricted to just these members; instead, it has also onboard the Blockchain startups like Consensys, Factom, Blockstream, Lykee, and Netki. It would not be wrong to say that Hyperledger creates a hub where tech and finance giants come together with Blockchain startups to create a more efficient and proficient Blockchain framework.

What Are The Key Features Attracting More And More Industries To Join The Hyperledger?

We all know how fast Blockchain is developing and is affecting every industry. Blockchain has its own set of bottlenecks which Hyperledger overcomes. One of the critical features of Hyperledger is that it is a framework of permissioned networks. It means that the identity of all the participating members is known. With this feature, Hyperledger promises to be more protected and secured. This becomes beneficial for industries where data security is prime like finance, academics, and healthcare.

Hyperledger is built on a modular architecture. This bifurcates the entire transaction process in three parts:

Because of this, an exchange of information has to go through a lesser level of trust and verification, and at the same time, it also enhances network performance and scalability.

The reason companies are shifting to Hyperledger provides both technical knowledge and software framework to the industries. All this aims at creating strategic goals of Hyperledger to develop industrial applications of Blockchain technology.

Poste Italiane Joining As The Member Of Hyperledger

On January 29th, 2019, Poste Italiane joined the Hyperledger. This successful goals completion of its Deliver 2022 Business Plan. With this Poste Italiane aims at promoting and accelerating new technology to improve its business operations.

Syncing its business operation s and functionalities with Hyperledger, Poste Italiane aims to resolve problems like :

Apart from Poste Italiane, FedEx also joined the Hyperledger as a member in September 2018.

The reason companies are making a shift to Hyperledger is because they want to enhance the efficiency of business operations while ensuring the safety and security of data which remains a prime concern for many. While Blockchain orients more around cryptocurrencies and tokens, Hyperledger focusses more on non-monetary and industrial applications of Blockchain technology. With its advanced features, we are expecting Hyperledger to create a more efficient ecosystem of growth for companies which will help them get a competitive edge.