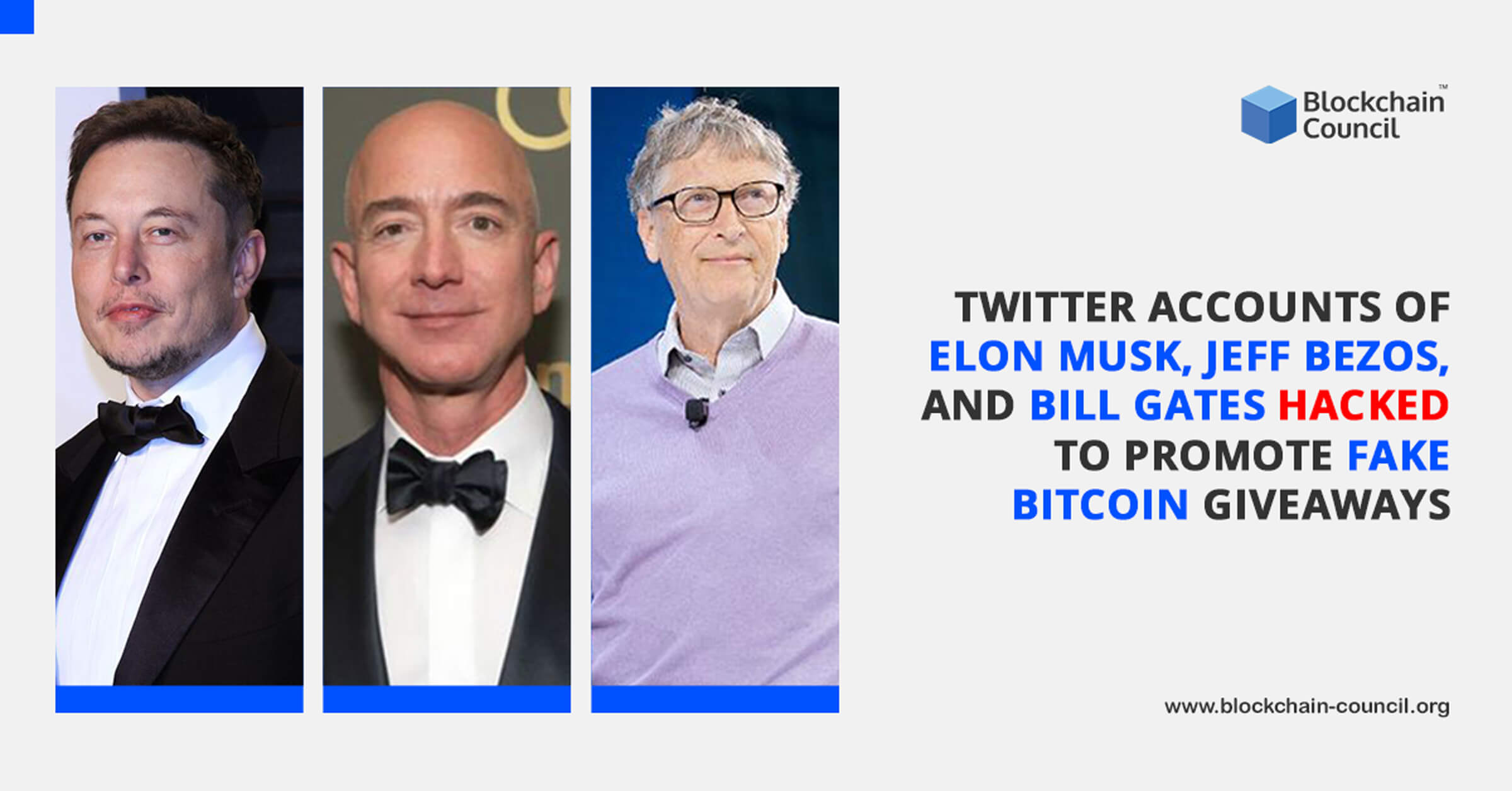 Twitter accounts of the most influential accounts in the world have been hacked to a crypto-related scam. Prominent and high-profile accounts were targeted in the Twitter attack, including Bill Gates, Elon Musk, Joe Biden, George Wallace, Kanye West, Kim Kardashian, Wiz Khalifa, Warren Buffett, Mike Bloomberg, and Jeff Bezos. The scams appear to be part of a widespread hacking operation affecting multiple twitter accounts of celebrities, politicians, and billionaires.

The scam was posted on Twitter on behalf of Bill Gates and Elon Musk, stating that Bitcoin wallet address and the promise of sending back double the amount of BTC if a user agrees to send a particular amount to the designated wallet.

Apart from this, giant tech companies such as Apple and Uber also appeared to have their accounts hacked where similar posts were twitted, instructing people to send cryptocurrency to the same bitcoin address.

The hacking appeared to happen in two rounds. Scammers posted similar Bitcoin-scamming tweets from both Gate’s and Musk’s accounts for the second time after their first tweets were deleted.

The Twitter accounts were hacked with a message promising that if users sent BTC to a particular address, they would get a 2:1 return ratio. The origin of the scam was traced from Musk’s Twitter account saying, “I’m feeling generous because of Covid-19. I’ll double any BTC payment sent to my BTC address for the next hour. The tweet was deleted, and the next scam message posted from Musk’s profile read, “I am doubling all payments sent to my BTC address for the next 30 minutes. You send $1,000, I send you back $2,000.”

The tweet also contained a bitcoin address, presumably one associated with the hacker’s crypto wallet. The Warren Buffett’s account was also hacked, tweeting similarly to Musk.

Accounts for giant tech companies like Apple and Uber also appeared to have been hacked along with several high-profile financial-services and crypto-exchange accounts, such as Cash App, Ripple, Binance, and Coinbase.

These scams do not seem to have happened for the first time. Earlier also such high-profile individual accounts on Twitter were hacked, including Twitter chief executive Jack Dorsey.

Musk is often the target of cryptocurrency scams, with scammers impersonating his account to get followers to send them digital currency. In February, he twitted warning his followers regarding the scams, stating that, “The crypto scam level on Twitter is reaching new levels, which is not cool.”

But this recent twitter hack suggested unusually broad access to internal controls. Twitter has taken cognizance of the matter and stated that it is investigating and taking steps to fix it.


To get instant updates about blockchain certifications and become a blockchain expert, check out Blockchain Council.