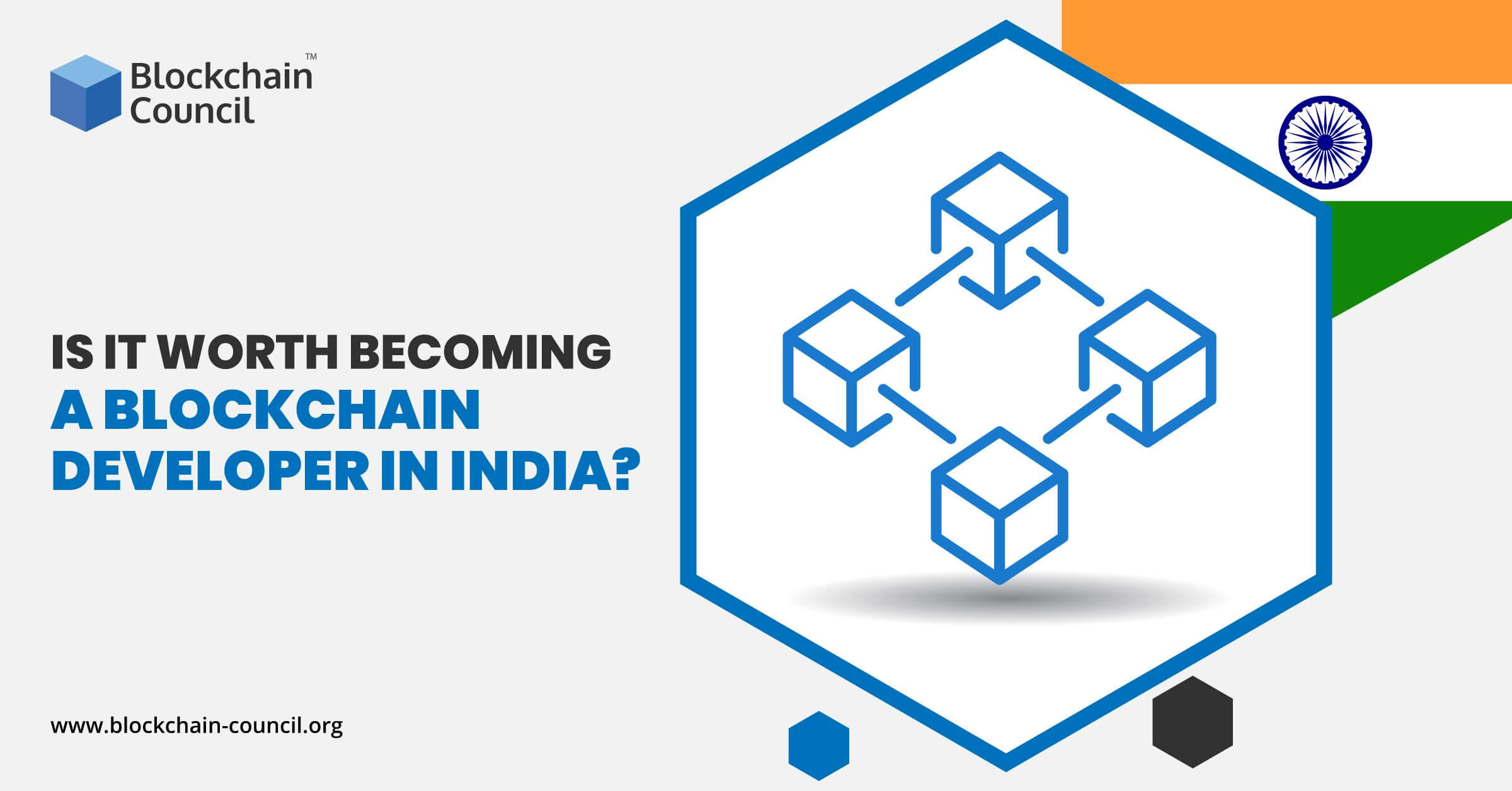 Blockchain, a Peer-to-Peer, decentralized distributed ledger technology, has the potential to revolutionize almost all industries by simplifying all the bureaucratic procedures and providing complete transparency and accessibility. Large companies and startups are also looking for developers; however, the demand is still greater than what is available in the current talent pool.

Since Blockchain’s adoption is occurring at such a rapid scale that Gartner predicts the business value of Blockchain tech will exceed $3 trillion by 2030.

The yearly income of Blockchain developers have improved considerably over the past couple of years. This is because demand is high, but the resources are limited. Tech Giants and top enterprises are leveraging blockchain technologies as their long-term strategy, but they need the right professionals in this field to realize their business goals.

Want to become a Certified Blockchain Developer? Get enrolled now!

Average Salary of a Blockchain Developer in India

Being an emerging technology that started gaining public attention from the past few years, finding Blockchain talent is challenging. Presently, Blockchain is one of the fastest-growing skills, generating tremendous opportunities for blockchain developers. But remember, the salaries of a blockchain developer depends on various aspects such as how much experience and skills a developer has along with the position he/she holds in this domain. The other factors are location and type of company and obviously his/her previous package.

Talking about the most in-demand Blockchain skills right now, Ethereum, Hyperledger, and Quorum top the list.

Ethereum: The King of Smart Contracts

Ethereum is the first smart contract and dApp-enabled Blockchain that holds an exceptional place in the blockchain space. Despite the fact that numerous competitors have entered into the dApp scene, Ethereum still remains number one. It is often recognized as the King of dApps because of the fact that compared to any other smart contracts, there are multiple active dApps built on top of it, and it has a strong and active developer community focused on continually improving the underlying blockchain infrastructure.

Due to its potential, top brilliant companies are utilizing dApps built on Ethereum blockchain. Moreover, it occupies a dominant market place in the decentralized finance domain, which shows it is here to stay for the long-term.

It is an open-source global collaboration that helps to develop enterprise-grade and distributed ledger frameworks to promote business transactions and encourage cross-industry blockchain technologies. Hyperledger aims at educating individuals about the market opportunity that blockchain technology holds and, in addition, provides a community-driven, open infrastructure supported by technical and business governance. At present, the demand for hyperledger developers is soaring.

Corda was initially introduced for the requirements of the financial industry, but at present, the platform has broader applicability beyond the banking sector.

A corda developer is one who uses this blockchain-inspired distributed ledger platform to guide industries across finance verticals for automatically managing financial agreements by eliminating errors or friction.

Whether it is finance, healthcare, education, government sector, or public utilities, Quorum specialists are high in demand. Quorum is an ideal platform for applications requiring high speed and high throughput processing of private transactions. Quorum development is a highly sought after skill as Quorum addresses specific challenges to blockchain technology adoption within the financial industry.

Owing to the shortage of talent and skills in this domain, blockchain developers are earning higher salaries than other IT professionals.

According to Payscale, the average salary of Blockchain developers is around ₹801,938.

How to Learn Blockchain Development

The salary package of a blockchain developer depends mainly on the right skills and whether a candidate holds an advanced certification.

As the demand for blockchain developers is soaring, there are multiple courses out there. But getting certified from a globally-recognized platform like Blockchain Council has its own perks.

Lots of startups in India have started experimenting with Blockchain technology, which indicates that Blockchain will bloom in the years to come. Technology has lucrative opportunities for all those who have the required knowledge in this field.

Remember that to achieve the best salary; it is imperative that one holds efficient knowledge and makes a secure position for oneself.