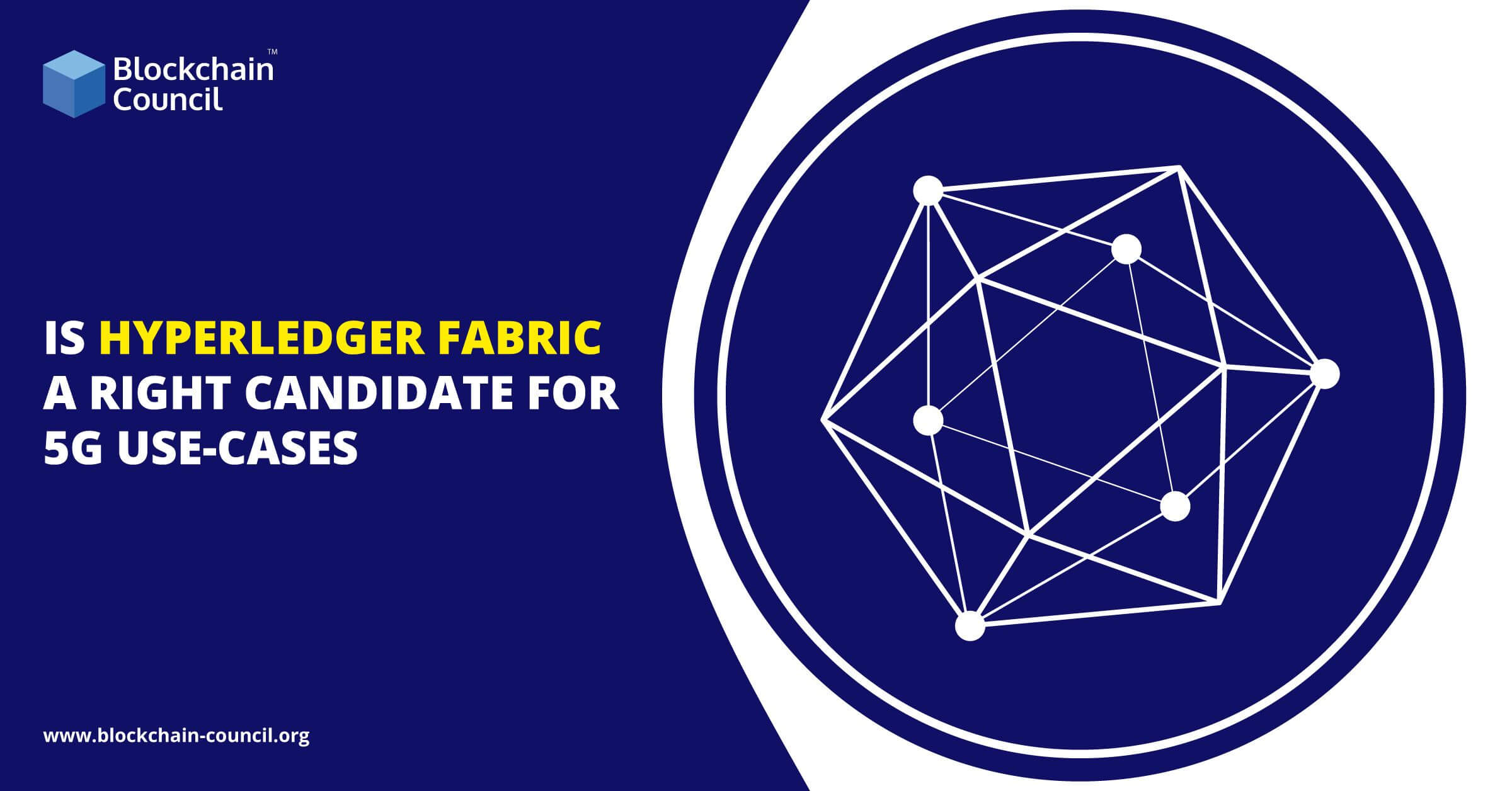 Wondering how blockchain technology can transform 5G? What are the current challenges associated with this new generation cellular network? In this article, we will see how Hyperledger Fabric can provide a decentralized marketplace for fifth-generation, thus benefiting and enhancing its use-cases.

Hyperledger Fabric is a popular project under the Hyperledger umbrella, which has a private and permissioned network and whose modular architecture maximizes blockchain secrecy, flexibility and facilitates decision-making capabilities. The Fabric platform is permissioned and has a highly modular and configurable architecture, which enables a wide range of industry use cases, including finance, healthcare, human resources, among others. It is the first distributed ledger platform to promote the use of standard programming languages such as Java, Go, and Node.js.

Due to the versatility, scalability, and security that it provides, Hyperledger online training has recently gained popularity. If you want to learn more about the Hyperledger family and become a Certified Hyperledger Expert, sign up to Blockchain Council.

What 5G promises? What are the Glitches?

As telecom companies start functioning out the fifth generation of cellular networks, 5G is becoming ubiquitous. The 5G network promises innovative improvements compared to 4G and is expected to offer a variety of internet-based services, including vehicular communications and smart city infrastructure that require on-demand infrastructure and resource access to function efficiently. Given the sky-high expectations, there are few concerns to operate the new technology. To meet the sky-high expectations of the vertical industries using the 5G infrastructure, there are few concerns that 5G wireless cellular network has to deal with. Securing bandwidth to operate the new technology, establishing trust in applications with strong privacy requirements, supporting and adapting to sudden changes in demand for resources are the few significant concerns that need to be considered. As the world is getting crazy about 5G, excessive human traffic can cause network congestion, and low throughput can be the other issue.

Basically, infrastructure network sharing requires two-sided agreements and is limited to long-term sharing of seldom active network resources. They can neither support on-demand short term sharing requests nor the broader markets. Since there is intense competition in the telecoms industry, and therefore a centralized marketplace is not going to be a viable solution. In a centralized marketplace, a trusted third-party is responsible who takes the final decision about allocating the resources and the price.

The idea of a decentralized marketplace built using a private blockchain and smart contracts can be advantageous to the telecom industry. The decentralized marketplace can be achieved by the Hyperledger Fabric market, where multiple players, including infrastructure providers, network operators, and other service providers, could participate in the decision-making capabilities like resource allocation and pricing process in a transparent and trustworthy way without involving any third-party intermediary.

Hyperledger Fabric aims at developing a marketplace that does not rely on a central authority to determine the market.

Blockchain in 5G can transform privacy. This is because Blockchain uses cryptographic hash functions, which ensures that all the crucial information is encrypted and secured. Decentralized Blockchain makes use of asymmetric cryptography and various hash algorithms, which helps in protecting user identities. Technology enables multiple devices to be registered with their blockchain address; thus, there is no point of identity loss.

The implementation of Blockchain with 5G gives the world a new meaning. Although it is not solely responsible for its growth, it can be seen as a key enabler that plays a significant role in transforming the telecommunications industry. Fabric makes itself a one-stop solution for 5G use-cases with its high transaction throughput and low latency rate. But the fusion of both technologies can face several challenges. Many structural and technical aspects need to be addressed to reach the detailed 5G standards. There is a need to identify and discover specific regulatory mechanisms for the application of various agreements, such as smart contracts.

Are You a Blockchain Enthusiast? Best Online Training, Certification, and Degrees...
Scroll to top