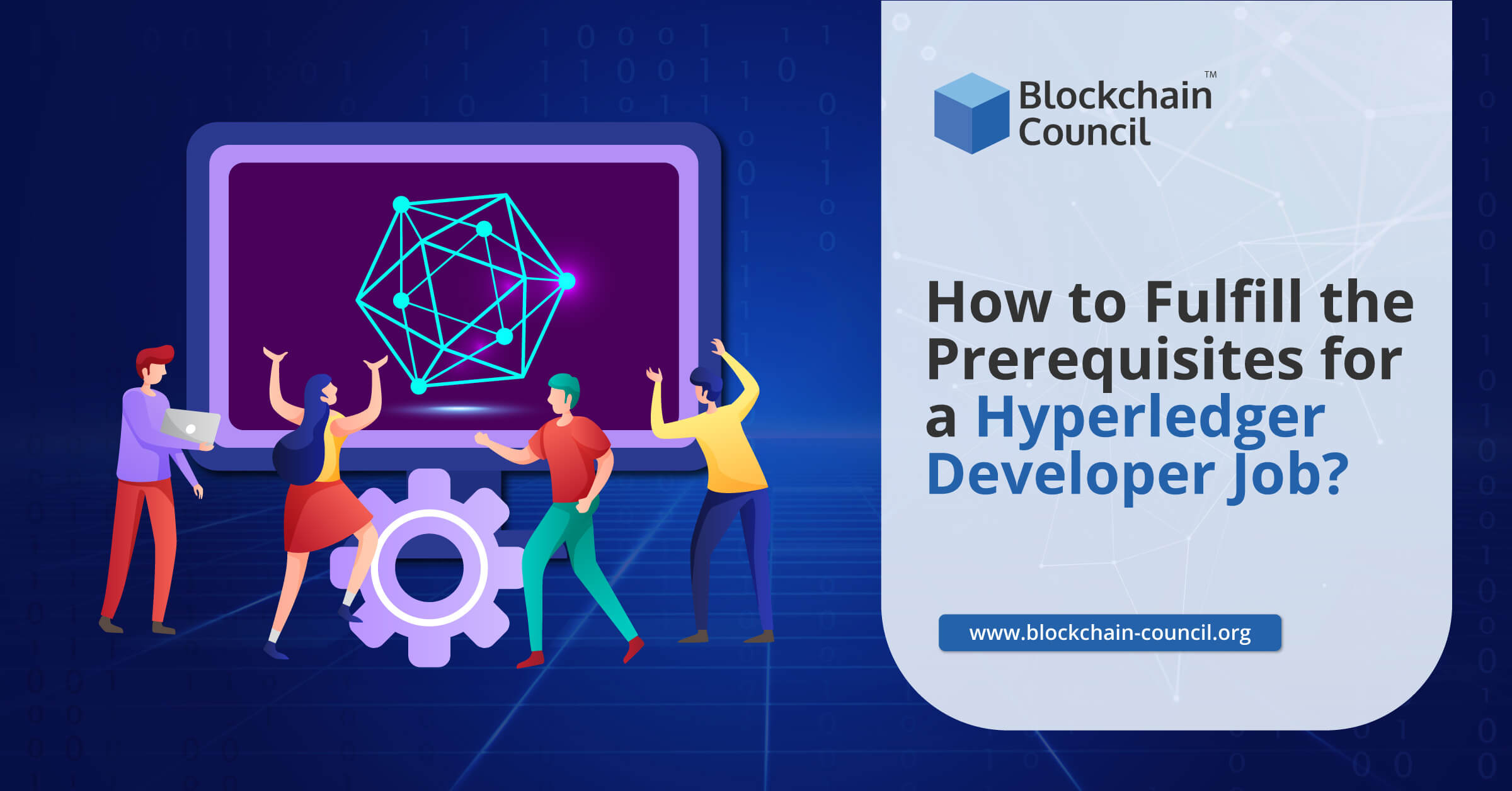 Blockchain technology is growing fast. A survey conducted by Deloitte says that 61%, 47%, and 54% of US, China, and Singapore citizens respectively believe that this is an extendable technology that is eventually going to be adopted in the mainstream. In fact, many international organizations like the United Nations, World Bank, and NATO have already begun incorporating blockchain technology, especially for issuing bonds.

To begin your journey as a Hyperledger Developer, you should have deep knowledge of programming, blockchain, and cryptography. Moreover, there should be a willingness to learn, since this is a new technology.

Blockchain developers can be broadly defined into two niche streams.

Core blockchain developers are responsible for laying the foundation of the blockchain architecture system. From designing consensus protocols to all other fabrication, decisions are overlooked by them.

Blockchain software developers, on the other hand, use this architecture and the protocols designed by core blockchain developers to build decentralized applications powered by blockchain technology.

Whether you decide to become a core blockchain developer or a blockchain software developer, there are specific skills that are a prerequisite to becoming a developer in this domain. They are mentioned below.

Prerequisites for a Hyperledger Developer Job

As a blockchain developer, you should have in-depth knowledge of how blockchain functions and its architecture. Moreover, important concepts like cryptographic hash functions, consensus, distributed ledger technology, etc. should be absolutely clear to you. However, if you need any help starting, you can always sign up for online blockchain training from Blockchain Council. It will help in building a strong foundation.

For a blockchain developer, experienced in working with data structures should be on their fingertips. In order to meet the network requirements, existing data structures like Merkle trees and Patricia trees have to be constantly monitored and tweaked. This enables you to build a secure and immutable blockchain because, without understanding data structures, your skills are technically incomplete.

Sound knowledge of cryptography is essential to becoming a blockchain developer because it is at the confluence of data structures and cryptography that blockchain flourishes. For example, cryptographic methods like hash functions of SHA256 or KECCAK256, etc. are in blockchain technology. Apart from this, cryptography is also used for generating authentics digital signatures.

Since the release of Ethereum, smart contracts have gained a lot of momentum. And nowadays, every blockchain incorporates smart contract functionality into the architecture, so that business logic can be easily applied to it. Along with that, proficiency in network-specific languages like Solidity, Viper, Chaincode, etc. is necessary. A blockchain developer course can teach you all that and more.

Web-development comes naturally to a blockchain developer because a majority of them were employed for basic designing of decentralized applications before blockchain came into play. Thus knowledge of both front-end and back-end development is a prerequisite for a hyperledger developer. It includes creating interactive graphical user interfaces for Dapps, API handling, request handling, etc.

One should have that enthusiasm to learn about Blockchain and its current uses. This will better prepare you for the profile. And by gaining knowledge and insight, we don’t mean that you should become a day trader in cryptocurrency, but looking at the range of crypto coins in the market, gives you a chance to understand how they’re working. The same goes for mining, you don’t need to mine, but you should know how to.

It would help if you were flexible when it comes to building systems, whether it’s a traditional centralized way or the latest decentralized and distributed form of ledger. It would be best if you were alert and not had any preconceived notions about what you can create with the help of technology. All blockchain engineers and developers start with the conventional ways of developing products and solutions but incorporate new technologies as and when they come.

Still being a niche space, you can learn a lot about blockchain from various online communities and real-world events. You can try your hand at trading or mining or maybe just try some DApps. You can even participate in Initial Coin Offerings. It’s really essential that you should engage with the blockchain community from the whole world, because every time, you’ll learn a little more.

We hope that this gave you a better insight into what are the technical and non-technical requirements for a Hyperledger Developer job.

Do you want to learn more about blockchain technology and build a career in it? Feel free to check out the Certified Blockchain Developer offered by Blockchain Council. There are instructor-led live training and real-life project experiences. It will help you in gaining in-depth professional knowledge of the Hyperledger Fabric.