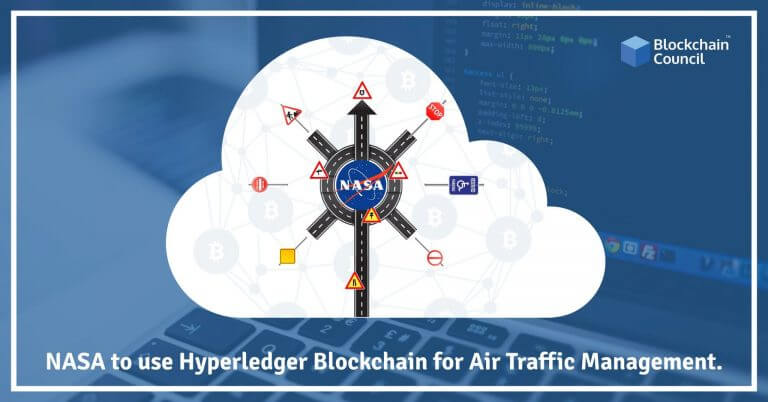 In 2017, the National Aeronautics & Space Administration awarded a $330,000 grant that supported the development of an autonomous, blockchain-based spacecraft system and making its first move toward blockchain adoption. Called the Resilient Networking and Computing Paradigm (RNCP), the new system relies on blockchain and requires no human intervention. Continuing its foray into the world of the blockchain, NASA released another report in which the organization has pointed out that the current air traffic management systems are prone to a number of cyber attacks and blockchain can improve the security greatly. The report comes out of the NASA Ames Research Center in California was authored primarily by the aero-computer engineer Ronald J. Reisman who has extensive experience in the aerospace industry and is highly skilled in software development. Here’s a look at the challenges faced by the military due to the adoption of the Automatic Dependent Surveillance-Broadcast (ADS-B) and how blockchain can solve the issues.

The Challenges Due To Current Air Traffic Management

Privacy is of the utmost importance to sensitive operations like the military and our current radar-based systems rely extensively on air traffic service providers maintain that privacy. However, that can change soon with the Federal Aviation Administration’s (FAA) mandate to adopt the Automatic Dependent Surveillance-Broadcast (ADS-B) in 2020 which does not include provisions for maintaining the same privacy features. The report released by NASA claims that ADS also suffers from the risk of spoofing, denial of service and other potential cyber attacks. Reisman claims that even though the FAA has scheduled that “aircrafts flying in the National Airspace System (NAS) must equip with the Automatic Dependent Surveillance System (ADS-B) by 2020, general aviation and the US military lag behind with their implementation schedule.”

Reisman in his report claims that a lot of ADS-B security issues can be mitigated using an open-source permissioned blockchain to enable secure and anonymous communication with air traffic services. According to the abstract published with the report on NASA’s official website, the blockchain based “framework features certificate authority, smart contract support, and higher-bandwidth communication channels for private information that may be used for secure communication between any specific aircraft and any particular authorized member, sharing data in accordance with the terms specified in the form of smart contracts.” In his report, Reisman uses the open source blockchain platform Hyperledger Fabric that is specifically designed for enterprise transactions that resemble typical air traffic management interactions.

Hyperledger Fabric is a set of developer tools which help any entity establish their own private blockchain quickly without worrying about the implementation details. A private blockchain created using the Hyperledger fabric gives permissioned access to trusted users, as designated by the creators of the blockchain. Private blockchain does not have to deal with the additional overhead of synchronizing with millions of distributed devices and therefore private blockchain has much higher speeds. The report includes a prototype of the communication network in which a trusted party like the Fabric Certificate Authority is employed for the registration of entities, issuance, renewal, and revocation of Enrollment Certificates.

Reisman notes that it has been difficult until now to implement the public key framework in a manner that can be utilized by aircraft in flight. Hyperledger also allows for air traffic systems to have a Public Key Infrastructure (PKI) which would be crucial for maintaining secure identities for communication. The report claims that one of the biggest advantages of public keys used by hyperledger is that end users are not required to belong to any single organization or adhere 6 to any single client/server protocol making the platform much more interoperable. According to the paper, a communication network powered by the blockchain would enable ADS-B systems to meet or exceed the same level of privacy and security currently provided by radar-based systems in the NAS.

How Blockchain Can Help Banks In The KYC Process?
Scroll to top