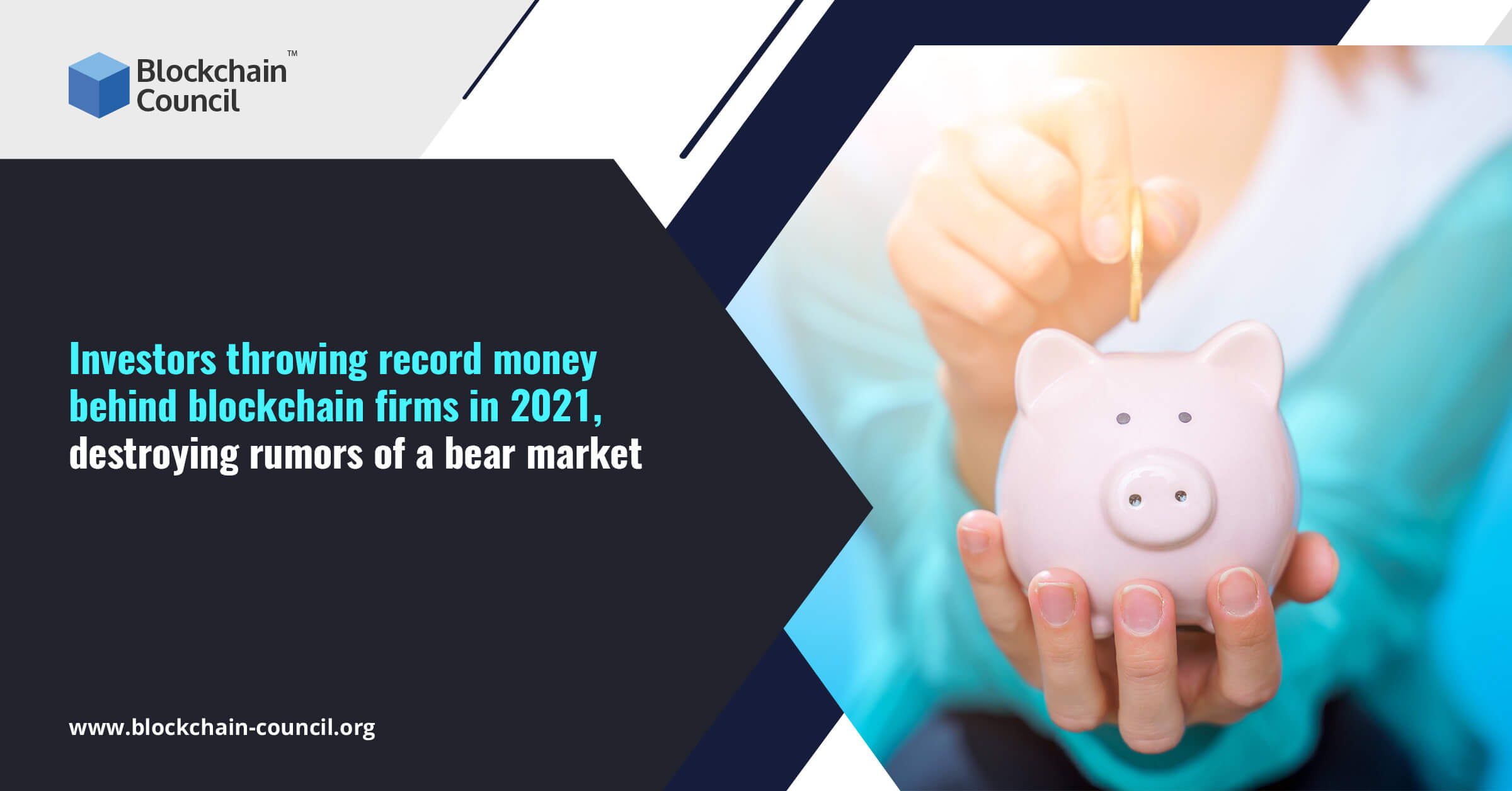 There is no denying the fact that the entire crypto market has been witness to great volatility in the past few months. It was pretty much evident from the fact that the market capitalization for the global crypto market slumped from $2.5 trillion to a valuation of around $1.8 trillion and this recession took place over a span of only 45 days during the earlier phase of the year. However, the market is yet again on the road to recovery.

Even though there have been notable fluctuations in the market, one thing has been constantly on the rise amidst these tumultuous times. The global crypto market has been witness to steady and staggering sums of capital on a regular basis as the entire blockchain ecosystem is continually undergoing an evolution of its own. According to reports, only during the first half of the year, it is estimated that the venture capital (VC) funds alone had poured in a whopping $17 billion into the various startups and companies that are all related to crypto or working around it.

Johnny LYU, who is the CEO KuCoin which is a cryptocurrency exchange platform, mentioned that the early investors have already gathered an idea through experience, about the development fundamentals of the crypto market and having achieved considerable profitability, they now deeply understand the market and are more than willing to make investments even though there are certain fluctuations.

He further mentioned that in the case of traditional investors, this industry has proven to be a very lucrative one since it can get them heavy returns in a much shorter period of time. While using Bitcoins as an example, he opined that when the market is volatile, it is the most suitable time for the investors to dig in, and be rest assured, they will make profits off those investments.

What the Numbers Reveal

The majority of the amount of the hefty $17 billion mentioned above, came from a particular deal that marked the exchange of an entirely new cryptocurrency called Bullish. The deal had raised around $10 billion in the form of cash and various other digital assets. Following this deal, Block.one had made an initial injection of 20 million EOS tokens, $100 million and a staggering 164,000 BTC.Peter Thiel, Galaxy Digital, Alan Howard and other notable investors helped raise the bar along with investments made by Block.one.

This single deal was more than enough to make 2021 the biggest year so far in terms of investment in crypto but as if it wasn’t enough, the remaining $7.2 billion can easily contest in terms of equality with the $7.4 million raised in total in the year 2018. This is, in itself, a super impressive fact because there are still 5 more months remaining in this year.

Igneous Terranus, who is the head of communications at Bybit, another cryptocurrency agency, said that the venture capitalists are extremely interested when it comes to taking risks. According to him the venture capitalists do see a lot of potential for the industry to thrive in the coming years and they are willing to collaborate with the innovators and partners aiming for long term ventures togethers.

Just about a month back, Andreessen Horowitz, which is a Venture Capital firm based out of Silicon Valley, launched their crypto fund that was worth $2.2 billion and one of the spokespersons from the company mentioned that the firm is maintaining a radically optimistic outlook regarding the entire crypto space, no matter the fluctuations that are happening. Chris Dixon and Katie Haun, who are partners working at the firm, mentioned that they are firm believers in the fact that the next generation of innovations taking place in the world of computers will happen in regards to crypto, and they sure do not want to miss out on that.

Moreover, it should also be noted that the firm’s first crypto-related fundings took place nearly three years back when the entire market was not even as close to what it is today. Therefore, Andreessen Horowitz has done really well on their determined position regarding the future of this industry.

Similar examples include Fireblocks, a company who within the span of only six months, has raised the value of their company by an estimated $2.2 billion after securing $310 million dollars in Series D funding. Many other companies such as FTX, Solana, Dapper Labs, are raising mammoth amounts of funding as they are engaged in bringing innovation to the blockchain industry and as a result, we see a growing trend of investments from the leading companies and institutions across the globe, which is only going to grow even more. The future of technology and businesses will be heavily dependent upon blockchain technology as the adoption rates are increasing phenomenally.