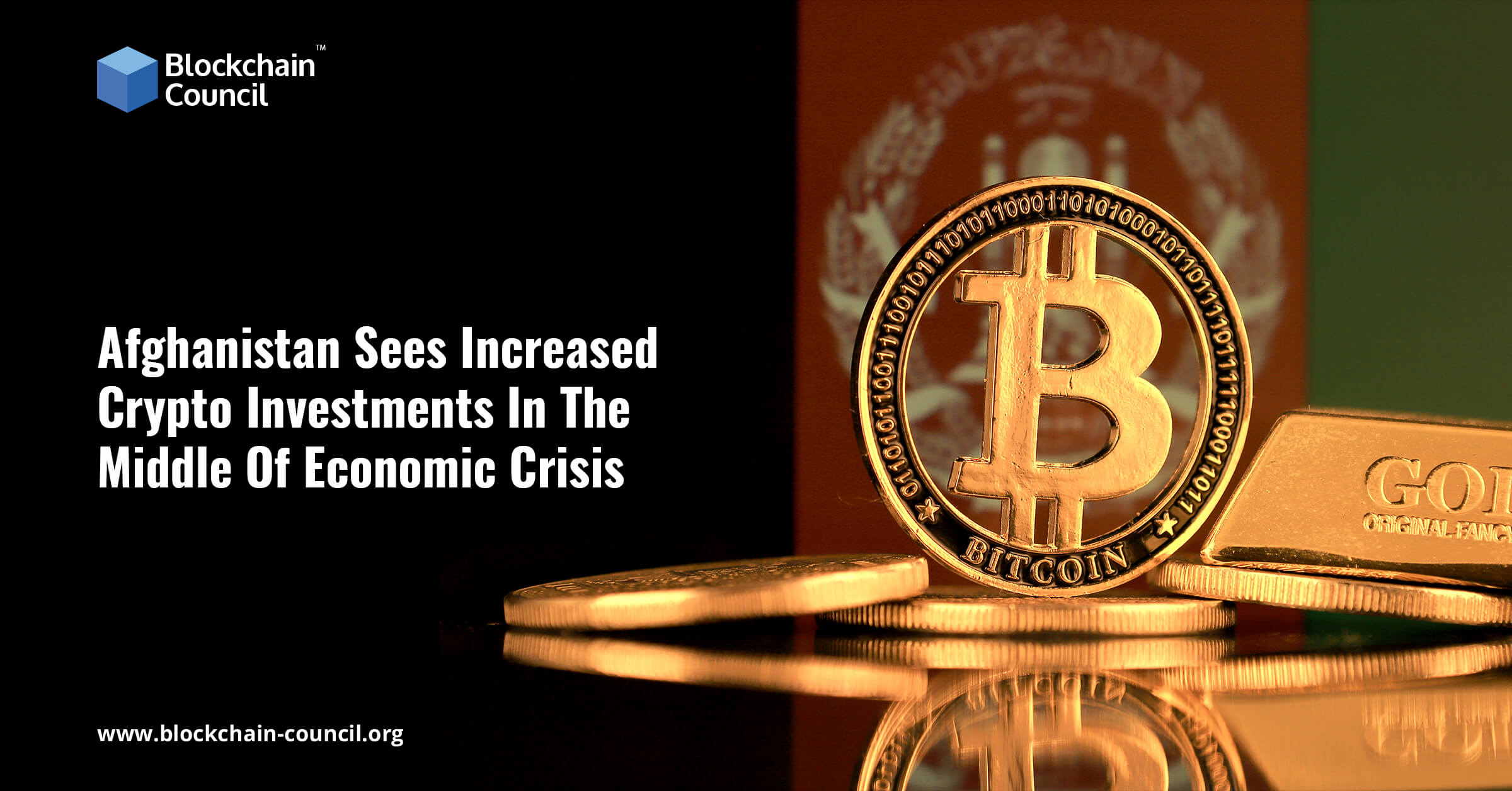 The crisis in Afghanistan is making headlines all over the world as the situation tends to worsen everyday. In the face of uncertainty and economic crisis, the crypto investors in Afghanistan are facing an acute problem even with the investments being made in cryptocurrencies. The country is ravaged by the sudden and dreadful takeover by the Taliban militants. This sudden coupe has triggered intense hysteria, fear, and uncertainty in the hearts of the common Afghan citizens.

At this point, cryptocurrencies will not be helpful in order to purchase anything right away, but it is a fact that crypto will help them to keep their money completely safe even in times of such turmoil.

Afghanistan has recently observed a booming sensation with regards to cryptocurrencies, but even then, the country has quickly adapted to the entire crypto ecosystem of digital currencies and assets as well. According to the reports from Chainalysis, according to the standards and level of crypto adoption in the world in 2021, Afghanistan has been ranked as number 20 in the global adoption rates of crypto. During the previous year, the country has not even been reported or listed even within the 154 countries that were surveyed for crypto adoption rates. As a result, experts around the world are considering this to be a huge development for Afghanistan in regards to the crypto adaptability and interests among the public.

Afghanistan in the middle of economic crisis According to the data released by Google Trends, during the month of July, the most searched keywords in Afghanistan were ‘Crypto’ and ‘Bitcoin’. This took place just a week prior to the horrific incident of the Taliban taking control of Kabul. However, since the tool from Google does not have the feature to record real-time figures to be precise, there is simply no clue of finding out exactly how many times those words appear on the search results. It is true that the investments in crypto have increased a lot since last year, but then again, it is rather unclear as to how many Afghan nationals have exactly invested in cryptocurrencies.

Financial protections through the use of cryptocurrencies

Farhan Hotak, who is a 22-year-old individual from Afghanistan reportedly declared that he has been in control of his portfolio on Binance ever since the situation in the country regarding the Taliban takeover has exploded. Binance is one of the most famous platforms in the world for exchanging cryptocurrencies.

However, the purchasing of various cryptocurrencies such as Ethereum, Bitcoin and the others is somehow pretty much limited in the country of Afghanistan. Another individual named Musa Ramin, who is only 27 years old, has invested some of his financial savings in cryptocurrencies ever since he found out that the Afghan currency has started devaluing. He made his investments just a few days before the attacks took place.

Back in the year 2020, he was trapped in the country of Iran for almost six months because of the global lockdowns due to the covid-19 pandemic started taking place. At that moment he had to convert his financial savings into Lira, which is also the national currency of Iran. It was back then when he first invented the use of Bitcoin and gradually started taking interest in it. Based on tutorials on Twitter and YouTube, he had learned how to manage the crypto savings on online platforms. He firmly believes in the fact that in times of distress and economic volatility, cryptocurrencies are the best haven one can resort to and the best place to invest and keep the money safe.

Learning Blockchain, Bitcoin and other cryptocurrencies are easy now, all thanks to reputed online courses and training sessions. Blockchain Council is one such organization that offers online training and certification programs to aspiring trainees to render them desired competencies so that they have a successful career in the Blockchain space. Keeping the rising demands of blockchain professionals in mind, Blockchain Council certifications are diversified to meet each aspirant’s discrete needs. They have a host of training and courses on Bitcoin that provide world-class knowledge and support.