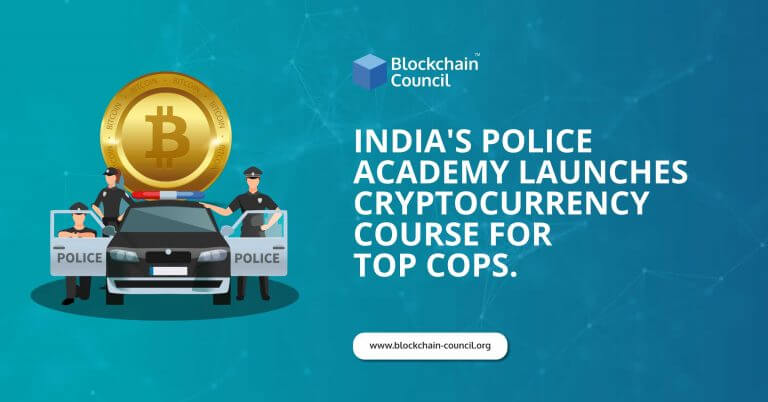 For a while now, there has been a rise in scams in India related to cryptocurrencies and in the past twelve months, umpteen number of cases have been reported. To fight this rising online crime, the Indian Government has decided to train its police officers. As per the notification on the website of Sardar Vallabhbhai Patel National Police Academy, they plan to conduct a two-day course titled “Investigation of cases involving cryptocurrencies.”

The National Police Academy trains candidates who are selected through the All India Civil Services Examination for the Indian Police Service. The trained officers will receive the rank of Assistant Superintendent of Police in their respective states and under them, the other sub-ranks of the police force will be working. The recruitment of these sub-ranks is done by the respective State Director Generals of Police. The Home Ministry of the Indian Government controls the IPS cadre and an officer of this service can be appointed or removed only if an order is issued by the President of India.

The academy has started accepting nominations for this course and self-nominations will not be accepted. In February this year, India’s Home Minister Rajnath Singh inaugurated a National Cyber Forensics Lab. This lab included a Crypto Forensics Lab and it was named the ‘Cyber Protection Awareness and Detection Center (Cypad)’ by the cybercrime unit of the Delhi police. In the words of Amulya Patnaik, Delhi Police Commissioner, “It is the first cybercrime awareness and detection center opened in the country. We are now equipped with technology to recover data from damaged hard disks, cryptocurrency analysis, malware forensic and data can be retrieved from 33,000 kinds of mobile models available in the market.”

Though cryptocurrencies remain officially illegal in India as directed by the Reserve Bank of India, many scams have been unearthed and many crypto-related schemes were busted. The Indian Government has regularly uncovered scams related to digital coins. Some of the crypto-related cases are:

The Indian Government is moving towards deliberating on a proposed regulatory framework for cryptocurrency which is drafted by the Interministerial committee headed by Subhash Chandra Garg, the Finance Secretary and Secretary of Economic Affairs. This cryptocurrency course for police officials aims to make them more adept at investigating and solving cryptocurrency scams.