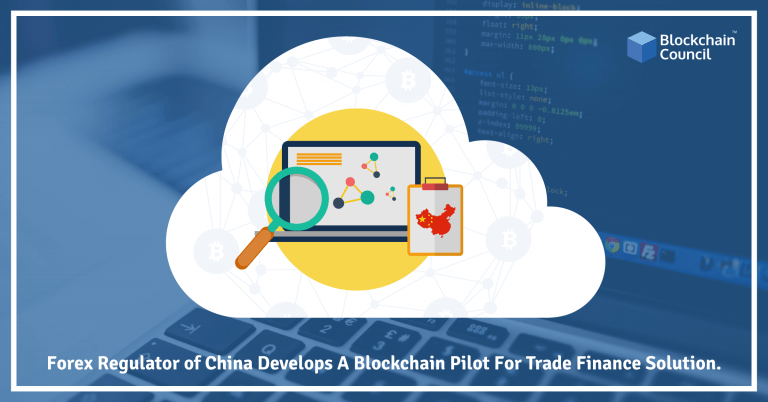 State Administration of Foreign Exchange (SAFE), the regulator of foreign exchange reserves, is now preparing itself for setting up its cross-border blockchain for trade finance. News on the development was provided by CNStock, a local financial news agency, on 24 April 2019. It has been built in collaboration with the Hangzhou Blockchain Technology Research Institute. It uses multi-signature technology to ensure the privacy of the content of transactions and to also make sure that the information is made available only to firms that are involved and the regulators. It designs and implements the statistical system for the balance of payments. It also offers foreign exchange reserves management services. This type of system is certainly a big step for China.

SAFE is the Bureau of the People’s Republic of China. SAFE is an important player in international forex and financial markets. It is a regulatory agency vested with the primary responsibilities of drafting foreign exchange policies and regulations, managing China’s foreign currency assets, gold reserves, and Forex, and inspecting and supervising forex transactions.

The Hangzhou Blockchain Technology Research Institute is a subsidiary of the China Banknote Printing and Minting Corporation. It is one of the earliest teams in China which have been conducting research on cloud computing, cryptography, big data, and distributed ledger technologies. It actively promotes innovative ways of applying blockchain technology across various industries. It is also known as the China Banknote Blockchain Technology Research Institute.

The import and export financing system of China is primarily based on paper-based manual processing and it is very often plagued by incomplete data sharing and low operational efficiency. The complex logistics of trade financing can be tackled through recording data on a network which is cryptographically secured over a distributed network. This will allow for data sharing in a transparent and real-time environment.

The blockchain platform of SAFE will focus on funds owed to companies from foreign buyers after export, export receivables, audits, loans, and repayments and will also help in managing the entire process. The news report also stated that “The core document “Export Customs Declaration” in export trade financing is checked through the blockchain system to verify the authenticity of the document, and the financing balance of the corresponding customs declaration can be automatically calculated to prevent both double financing and excess financing.”

The project has now been fully developed and SAFE plans to pilot the project in the three major trading provinces of Fujian, Zhejiang, and Jiangsu and in the two cities of Shanghai and Chongqing for six months. It is reported that many banks are involved in the pilot project. Following the completion of the pilot duration, it plans to promote the platform nationwide and gain participation from many major banks including the Bank of China. The platform will provide comprehensive regulatory management.

In September 2018, a trade finance blockchain platform supported by the People’s Bank of China (PBoC) was piloted for cross-border trading across Macau Bay Area, Guangdong, and Hong Kong.