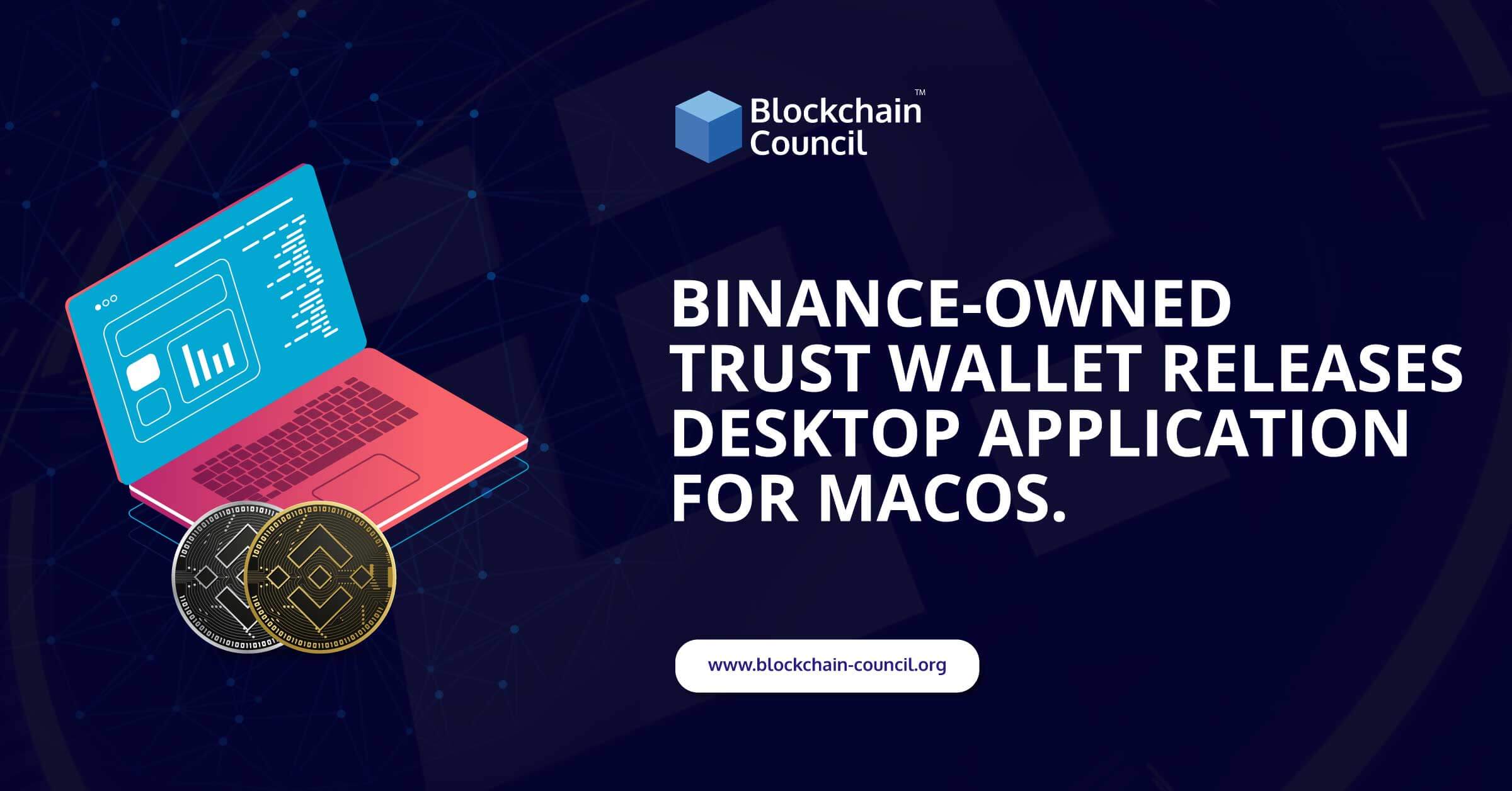 Trust Wallet, Binance’s digital currency wallet, has released a desktop application for macOS. This development was announced on 12 August by the Trust Wallet team through a tweet which revealed that the wallet would soon be available in the Mac App Store.

Binance is a global cryptocurrency exchange offering a platform for trading more than a hundred cryptocurrencies. Binance is regarded as the biggest cryptocurrency exchange across the globe with respect to trading volume. Binance acquired Trust Wallet in 2018 with the aim of enhancing the safety of its users and providing a better service. Trust Wallet is a secure and open-source intuitive mobile wallet. Being a renowned technology-driven company, Trust Wallet is Binance’s first public acquisition which reveals the significance of secure wallet technology for the future development of cryptocurrency. Trust Wallet is a decentralized, anonymous Ethereum wallet application which supports Ethereum and more than 20,000 Ethereum-based tokens such as ERC721, ERC223, and ERC20.

Trust Wallet will initially start with supporting the Mac OS and will then move on to supporting Linux and Windows also. Victor Radchenko, the founder of Trust Wallet, disclosed through a series of tweets that the support for Linux would be launched by next week. Radchenko further stated that the main challenge that the team faces now is the task of porting Trust Wallet to the Windows operating system, which has apparently not yet been done by them. As noted by Radchenko, almost 75% of desktop crypto users use the Windows operating system. As per an official announcement on 24 July, Binance has added support to multiple decentralized exchanges (DEX) by integrating the Kyber Network protocol to its Trust Wallet. Kyber Network protocol is a platform which is dedicated to cross-token trading solutions. At the time of acquiring Trust Wallet in 2018, Binance claimed that it would work on administration and marketing development while Trust Wallet will remain autonomous in most of its operations.

When Binance acquired Trust Wallet in July, the Founder of Trust Wallet, Victor Radchenko commented, “This is an incredible opportunity for Trust Wallet to work with the biggest and the most respected exchange in the world, but we also feel as though we are aligning with a partner that shares a similar approach towards security and user management.”

Apart from serving only like a wallet, Trust Wallet will help users access decentralized applications which can be reached through the mobile or desktop version of the wallet. The WalletConnect open protocol will offer desktop support. Wallet Connect open protocol was integrated in May this year with the Trust Wallet and Binance DEX. It connects DApps to mobile wallets with the help of end-to-end encryption.

Binance released Trust Wallet on Binance DEX in June. The integrated wallet will apparently aid in supporting Binance DEX users who wish to maintain full control and custody over their funds, thereby helping them benefit from fast trading services.

Hashgraph : All You Need To Know
Scroll to top