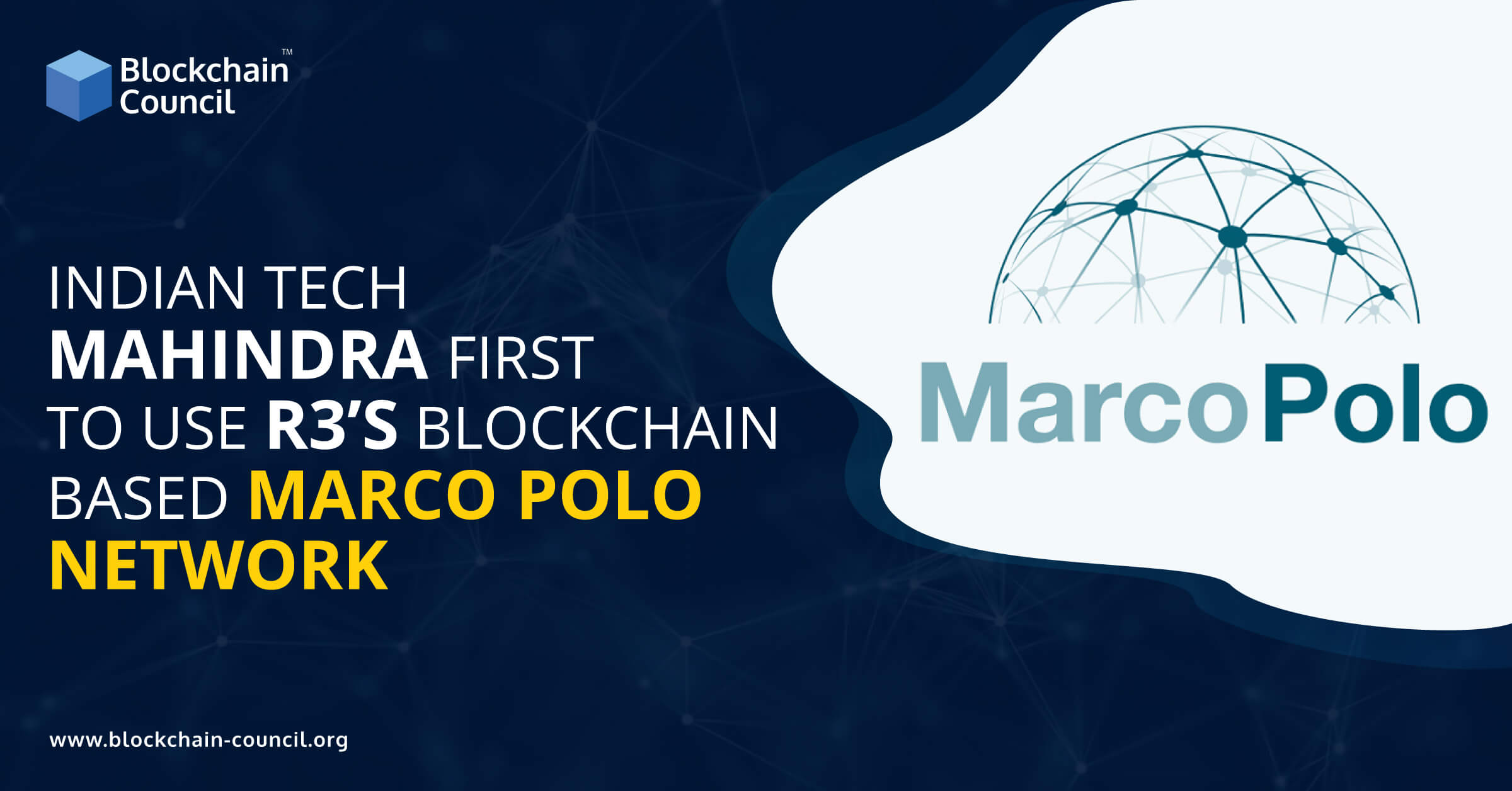 The Marco Polo Network is working with Financial Institutions and Technology & Service Providers to remove the barriers preventing them from operating at their best.

With the use of R3’s blockchain-based Marco Polo Network, it said the platform had resulted in faster reconciliation and ambiguity resolution, with the significant reduction of paperwork and time required for the entire transaction cycle.

It is a consortium of major global financial and banking institutions that aims to streamline the international finance system. The network is built on R3’s open-source blockchain platform Corda.

Marco Polo is the largest and fastest-growing trade finance network based on a distributed architecture that allows members to offer and access a complete suite of trade and working capital solutions in a collaborative trade ecosystem.

“Tech Mahindra will collaborate with DBS to move its Receivables Financing operations on the Marco Polo network. This move is in line with the general shift towards Open Accounts Trade and, by extension, to integrated Supply Chain Finance solutions. The move will help Tech Mahindra to achieve process optimization for this activity as a result of reduced handling of physical documents, reduced reconciliation, and resultant dispute reduction.

According to Sriram Muthukrishnan, group head of trade product management at DBS Bank, “Technology plays a monumental role in breaking down barriers in cross-border trade and will remain key in facilitating the continued growth of international trade and businesses. This joint initiative with Marco Polo and Tech Mahindra complements DBS’ efforts to help our clients unlock greater efficiencies through the digitalization of often manual and complex trade finance processes.”

He remarked that the ultimate aim is to offer an uninterrupted start-to-finish trading experience to the stakeholders involved. The joint efforts by both the companies are aligned explicitly with DBS’ original vision – which is to assist our clients in achieving highest-level efficiencies and utilize digitization to reduce dependence on cumbersome and error-prone paperwork, Muthukrishnan added.

Tech Mahindra is not new to blockchain technology and has its own specialized blockchain unit. In February last month, Tech Mahindra collaborated with the Indian state of Telangana to initiate a blockchain program that provides financial support and mentoring to blockchain startups demonstrating promising blockchain use cases and to boost industry growth overall.

Then, in September, it also partnered with Adjoint, an American tech company focussing on distributed ledger technology (DLT) to bring blockchain in finance and insurance.

Tech Mahindra’s Global Head of Blockchain, Rajesh Dhuddu, further illustrated in the announcement that the firm’s association with DBS and Marco Polo Network would emphasize not only process and working capital optimization but also eliminate resulting disputes that usually arise due to incorrect handling of documents or data reconciliation.

How Blockchain Can Solve Major challenges of COVID-19 Faced by Healthcare S...
Scroll to top