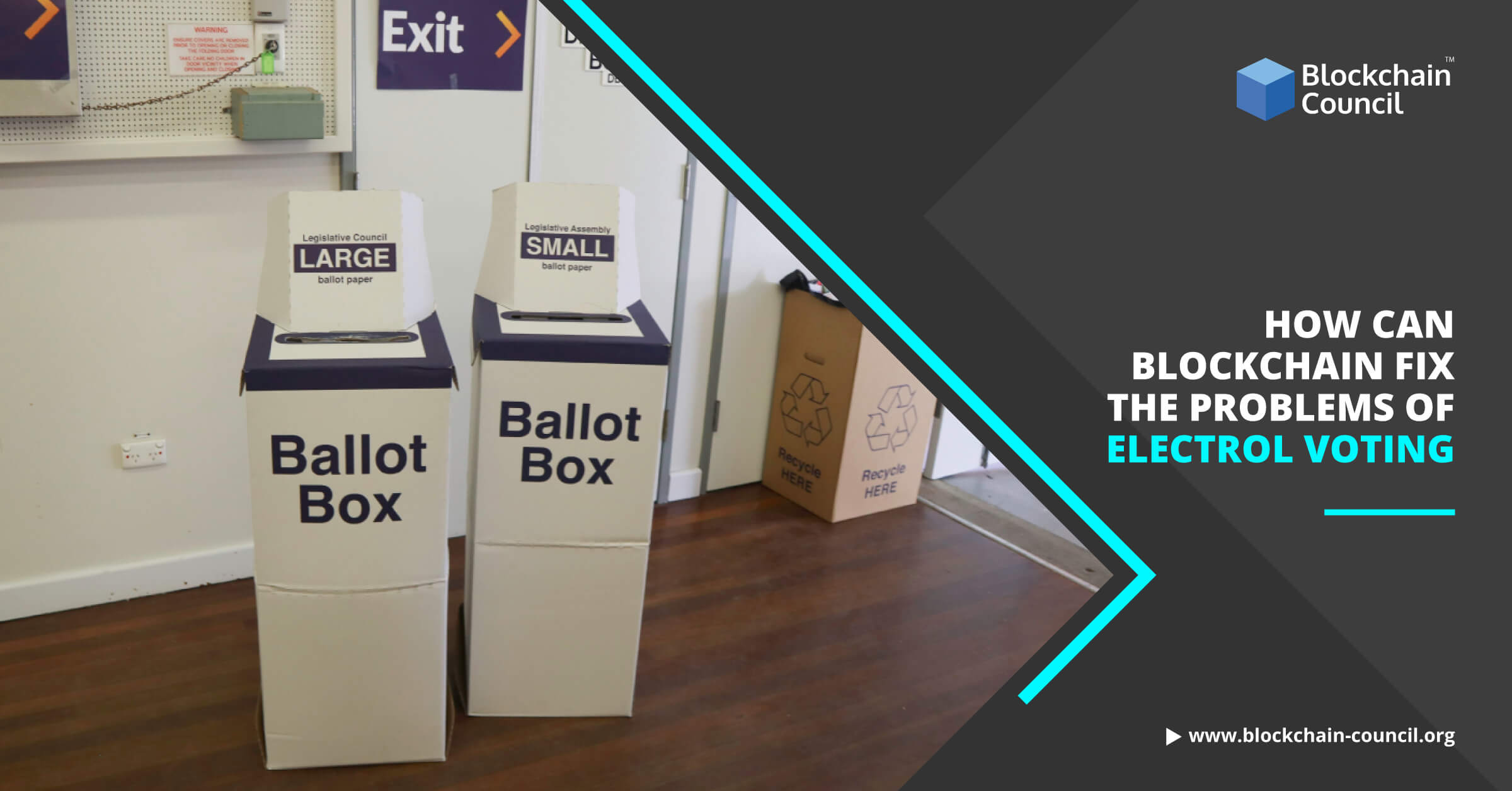 Wondering how blockchain can impact electoral voting? You have landed on the right page. This article explains the concept of voting mechanism, explaining blockchain and its current use cases, and focussing on how it impacts the voting system.
So let’s get started.

Concept of Voting Mechanism- An Overview

As we all know, democratic voting is a serious event across the globe. Still, in many parts of the world, paper-based voting is used to cast their votes. But with the evolving time, the introduction of digital voting is quite common. But the question is, is digital voting (e-voting) a secured method? Without denying, voter fraud has been causing uncontrollable damage worldwide, which affects efficiency as the voting process may be marred with malpractices, which hinders transparency. Moreover, the security of digital voting is one of the significant issues, along with many others. With the help of blockchain technologies, a new method of voting can be introduced, which is secured and will allow more people to perform their basic civic duty.

Want to have an in-depth understanding of Blockchain technology? Become a Certified Blockchain Expert and learn how this technology can be implemented across various domains by getting enrolled in the Blockchain Council.

Blockchain Technology and its Current Use Cases

Before understanding the role of blockchain in voting, let’s quickly define this technology and explore what its current use cases are?

Blockchain is a peer-to-peer (P2P), decentralized, distributed ledger technology that operates without involving any third-party/ centralized authority. It can also be described as a permanent cryptographic record that is stored across a distributed network. Due to its transparency, security, immutability, and privacy, blockchain is widely accepted by top giants and governments to revolutionize the way they operate. Be it the finance industry, supply chain management, digital identity management, or any other industry, blockchain has its use cases in almost all sectors of the economy. When it comes to voting via blockchain, ‘followmyvote’ is one such online voting platform that will allow for greater election transparency. Similarly, ‘Polys’ is a blockchain-based electronic voting system that makes voting mechanism secured and immutable.

Are you a beginner in blockchain space?  Check out the best blockchain certification courses and give your career a head start.

Now let’s get a clear understanding of issues related to current voting systems that lead to loss of confidence in our election process.

Role of Blockchain in Voting

Now, without any delay, lets deep delve into the impact of blockchain in the voting system.

Blockchain identity management can be used to eradicate traditional identity issues such as inaccessibility, data insecurity, and fraudulent identities. When it comes to the voting mechanism, blockchain makes sure that someone’s identity isn’t being misused for voting purposes. Blockchain, which is a distributed ledger technology, can provide a secure, transparent, and tamper-free electronic record while reducing the risks of incorrect vote polls.

With the advancements in technologies, hackers have become more ambitious and clever to the extent that they can even alter voter registration databases to support a particular party. But with the blockchain-enabled voting system, hacking cannot gain access to the data stored on the blockchain networks, thus preventing voter fraud. Blockchain’s immutability, accountability, and transparency help in making electronic voting fairer and smoother.

The majority of the citizens never want to expose their political preferences, and this is something they want to keep private. Blockchain offers anonymous voting to the citizens as crucial information stored in a blockchain network is completely decentralized and encrypted via cryptographic algorithms, which makes it ideal for electoral voting systems.

In May 2020, it was announced that the U.S. Congress is considering developing a voting solution with Blockchain technology’s help to allow remote Senate voting amid the coronavirus pandemic. It was reported that blockchain could transmit a vote securely as well as verify the correct vote.

From the above discussion, it is clear that, due to its potential, blockchain has a significant role in maintaining democracy by offering anonymous voting and eradicating hacked voting. Unlike traditional methods where servers are managed by the government, with the help of blockchain, it is easy to detect and verify if a record is tampered or altered from its original submission. This is possible because all other nodes in the blockchain network maintain a copy of the original record.

To end up the discussion, we can say that, yes, blockchain has the power to revolutionize the electoral voting system to a great extent.