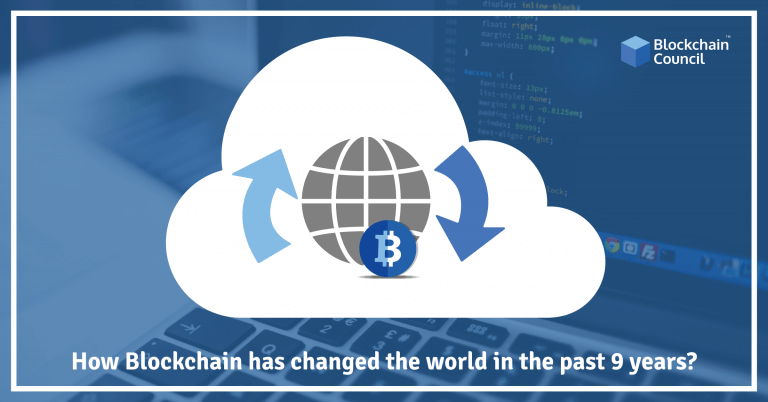 Blockchain, a revolutionary technology that has changed the world and the way business are done. One technology which started off as a heart of cryptocurrency exchange has now broken the glass ceiling being just a podium for a financial transaction to become a multi-functional platform that could trigger innovations in various businesses. Yes, Blockchain to the current industrial era is similar to what steam engine was for the industrial revolution in the 90’s. The change is fast and is disrupting all the business verticals positively. There are various features of this technology which makes it so useful for business operations. From immutability to transparency to decentralisation, Blockchain has everything that makes it a panacea for the industry.

It won’t be wrong to claim that Blockchain has triggered a new era of industrial revolution where everything will work in a virtual world. Cryptocurrency exchange still holds a big part of this, but Blockchain is more than just a technology supporting digital currency transactions. It has recently changed the world in past nine years, and the technology itself has undergone a considerable transformation.

It is a distributed digital ledger where all the financial transactions are stored and time-stamped. All these pieces of information are stored in chronological order so that they can be easily traced. An important point to note about Blockchain is that it is a distributed network which means the information is not vested at a centralised location; instead, it is spread in the network called as nodes.  These nodes do the validation and verification thus approving the transaction.

The crux of the matter is that Blockchain is a growing technology which is engulfing every industry in it. One of the essential features of Blockchain is that it allows peer-to-peer transactions which mean that one party can directly interact with the other party without waiting for an intermediary approval. You want to trade with someone, and you can do it directly on Blockchain platform. No need to wait for banks to process the payment, approve the request. To sum up, it is saving your time, money and energy. Furthermore, it enables global interaction which means that one can do business and trading anywhere across the globe.

Another critical feature that is being tapped by agencies like Wallmart and IBM is tracking. Blockchain makes it very easy for anyone in work to trach the source of the product and the channels through which it passed. In the current scenario we do have systems in place but unfortunately, these work at slower pace, with Blockchain we expect things to happen at a faster pace.

How Blockchain has influenced various industries-

As already mentioned that Blockchain comes with some features that prove beneficial to the industry, here is how it has not only changed the way business runs but at the same time it has influenced our lives :

Although Blockchain is at a nascent stage right now and will undergo many changes in times to come. There is the possibility of many changes and innovations in the same. We still have to wait and see how it will transform the industry further. Although we have mostly seen the good side of it, there are certain drawbacks need redressal like, easy of entry in the public Blockchain, lack of regulation control by the government. If we have to prepare ourselves for a future based on this technology we need to improvise on the Blockchain, make it even better so that it can result in a more efficient system.

Top 10 Companies That Have Already Adopted Blockchain
Scroll to top