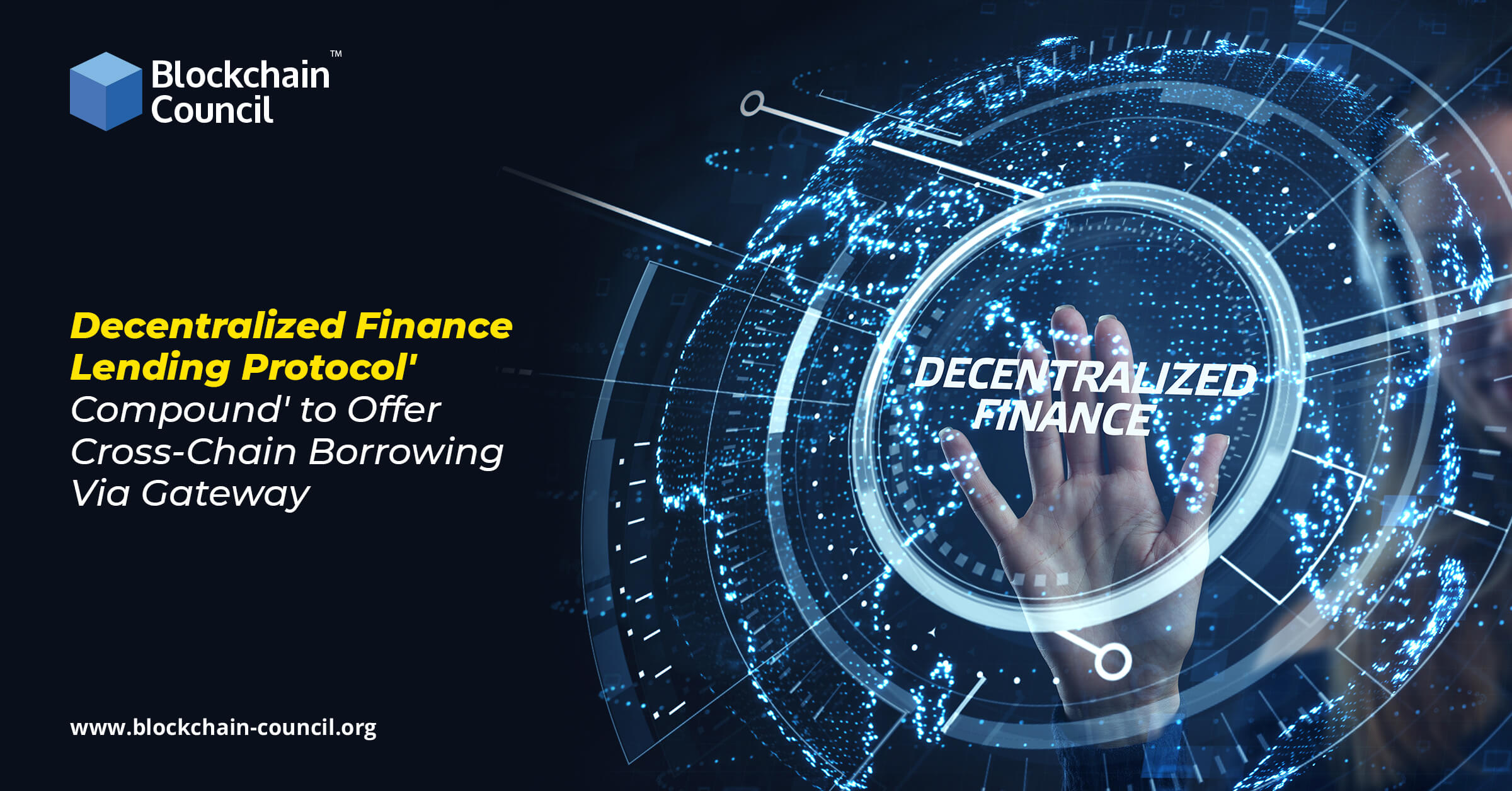 According to the latest announcement, the well-known decentralized finance lending protocol ‘Compound’ will offer cross-chain borrowing through a protocol named Gateway.

The report describes the new Gateway chain as a cross-chain interest rate market that allows users to borrow assets native to one chain with collateral from another chain.

DeFi space is gaining a lot of public attention over the past year. This is because DeFi products and platforms offer a wide range of financial vehicles and marketplaces that ensure that an individual is the sole custodian of their assets. But there still exists fragmentation in the DeFi industry.

Thus, in order to alleviate current fragmentation, the protocol has chosen advanced Blockchain architecture, ‘Substrate,’ that is administered by COMP token-holders on Ethereum and is fully upgradeable without any downtime. It is a modular framework that enables developers to create purpose-built high-throughput blockchains.

Compound founder Robert Leshner explained why he has chosen this particular platform. According to him, he has chosen Substrate so that his team could focus on building application code instead of inventing consensus mechanisms.

He further added that it is a modern framework built on a modern language, named ‘Rust.’

As Compound has decided to alleviate current fragmentation in the DeFi industry with Gateway, to complement Gateway, it plans to build ‘Starports’ which would function as on and off-ramps, to the new blockchain for users to borrow or deposit an asset as collateral.

The report also mentions that Gateway will also have a native unit of value called CASH which will standardized value across various disparate assets and is used to handle transaction fees.

Talking about Compound, according to Compound’s official website, “It is an algorithmic, autonomous interest rate protocol built for developers, to unlock a universe of open financial applications.”

In other words, it is a decentralized protocol for the frictionless borrowing of Ethereum tokens. It enables suitable money markets to function and offers a safe and positive approach to store digital assets without the flaws of existing approaches.