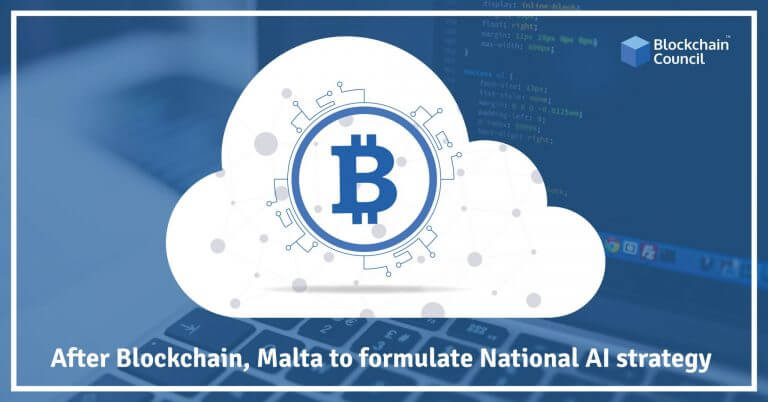 Technology is highly dynamic in nature. What it means is that technology is ever changing. Every day you would notice something new developing in this field. Malta has become a hub for creating a favorable ecosystem of growth of cryptocurrencies, Blockchain, and Artificial Intelligence. Companies like Binance and Bitpay that deals with cryptocurrency have established its base in Malta owing to favorable Blockchain and cryptocurrency policies of the nation.  The country intends to promote innovation and new technological development that will change the future for good.

What initiative did Maltese government take to make Blockchain regularized?

We all know that Blockchain has garnered the attention of the world. Being the newest technology around the corner, it comes with a lot of features but at the same time, it also has certain bottlenecks that need to be resolved. Problems like lack of regulations, anonymity and lack of government involvement make this technology a questionable affair.

But, that doesn’t make Blockchain less deserving. Every new technology whether it was the internet or Blockchain has its own sets of advantages and drawbacks. Since Blockchain is an evolving technology where we can see changes every day. Many developers are working to make it work seamlessly. Recently, the Maltese Parliament passed three laws that will be establishing a regulatory framework for Blockchain and cryptocurrency. After this initiative, Malta has become the World’s Blockchain Island. Because of its openness to new developments and Blockchain technology the country has garnered the attention of many investors to invest in the nation in developing Blockchain technology and promoting it.

Why so much emphasis on Blockchain?

One of the reasons that makes us wonder why there is so much buzz about Blockchain is that it offers myriads of benefits which will help in overcoming the bottlenecks of the conventional technology. It quick, faster and most importantly it is cost-effective. Many of the big names are working in deciphering Blockchain-based applications. Apart from Malta, the Chinese government is also working in regulating this technology and promoting Blockchain startup. It won’t be wrong to say that development in Blockchain is futuristic and this is the reason that countries like Malta and China are working on promoting Blockchain.

What are the three laws passed by Maltese Parliament?

The legislature drafted three bills which are as follows:

It lays emphasis on securing DLT with cryptography. It states that all the Blockchain products will be regulated. This legislation asks the DLT creators to make the ledger audible which will make Blockchain a more reliable technology.

This bill aims at identifying all the Virtual Financial Assets. It identifies VFAs as electronic money. This is done by specifying the characteristics of virtual tokens and digital payments via DLT.

This bill approved the start of the Malta Digital Innovation Authority. This committee will be responsible for overseeing all the VFAs.

The formulation of these three bills came as a success and garnered the attention of all the nations and companies who are willing to start work on Blockchain and its application.

As per the new strategy, the government aims to :

With these strategies coming into the picture, we are expecting, AI to receive a similar success that Blockchain received. Such a pioneering effort by Malta has made it a hub for innovative technologies and application. The country is aiming at creating a positive ecosystem that will help in the growth of the industry and the nation.

Blockchain and Artificial Intelligence is the call of the future, although AI has grown to a lot of extents, Blockchain is still at a budding stage. With such regulations and favorable platform for growth, we will soon see some new changes that will make Blockchain a mainstream technology.

IMAI to build Blockchain Committee in India
Scroll to top