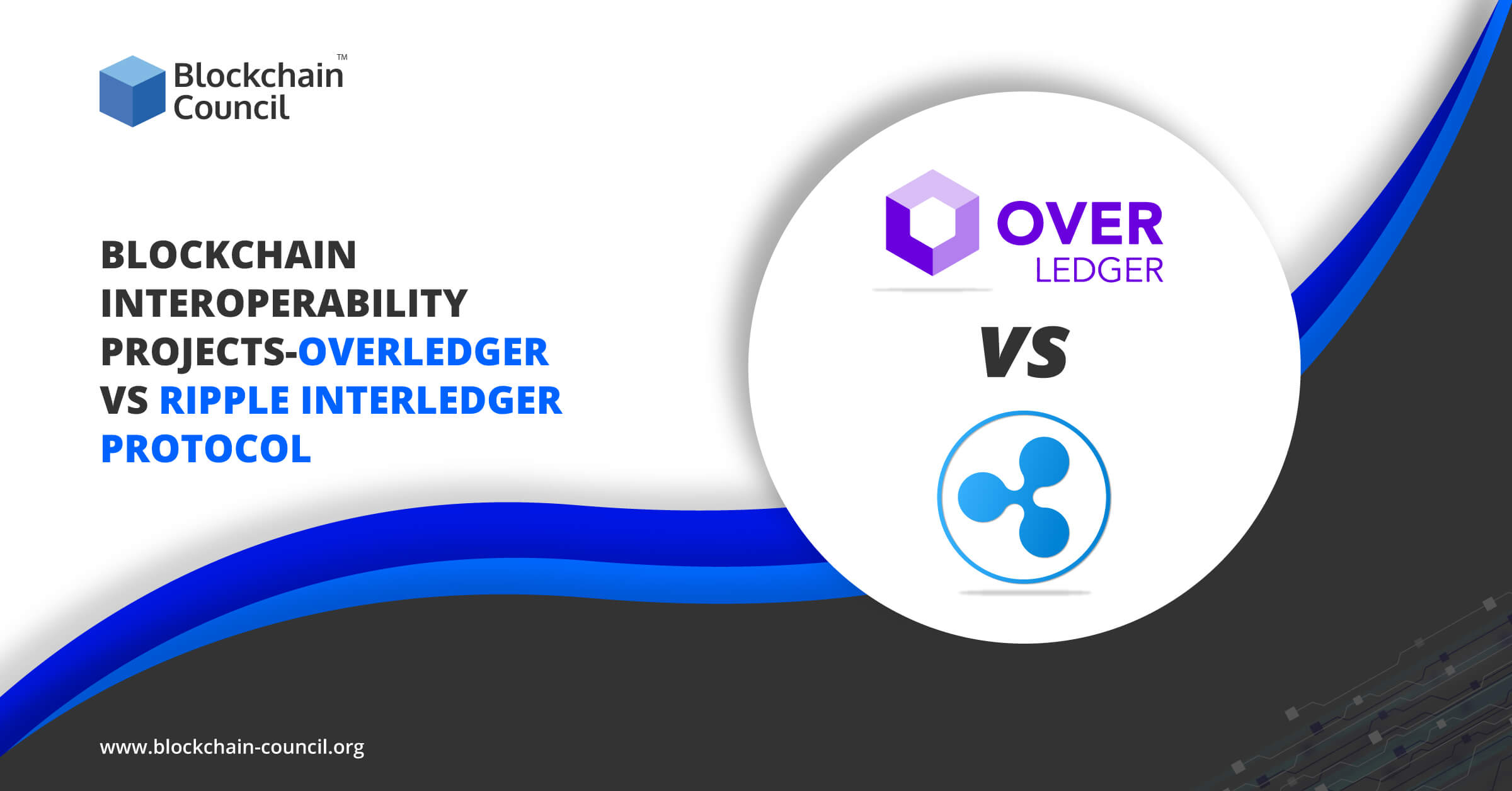 Are you a blockchain enthusiast? Want to learn about the blockchain interoperability projects? This article explains the concept of blockchain, illustrates the two most popular blockchain projects, namely Overledger and Interledger protocol. So let’s get started.

Learning Of the Blog

A Brief Introduction to Blockchain

Blockchain is a decentralized, peer-to-peer distributed ledger technology that is revolutionizing how businesses operate. Due to its potential, the technology has reached mainstream users, and many enterprises, organizations, and even government sectors are looking forward to its mass adoption. Each year, dozens of new projects are emerging, competing with each other in terms of scalability, security, interoperability, and others. When it comes to blockchain interoperability, there are many projects, but here we will discuss the major ones, i.e., Interledger and Overledger.

In simple words, we can define it as the ability to share information across different blockchain networks, without any restrictions. Blockchain interoperability matters because it makes mass adoption possible and let the industry evolve further.

The interledger protocol was introduced by Ripple in 2015 to provide the functions necessary to deliver payment from source to a destination over an interconnected system of ledgers. It facilitates fund movement between different ledgers using the connectors and includes minimal requirements for underlying ledgers. It does not include identity, liquidity management, public key infrastructure, and other services, unlike other payment protocols.

Another vital feature of this blockchain project is that it has no native tokens meaning two ledgers looking for connection have to support Interledger, and only this way, the transfer of digital assets becomes possible.

Overledger from Quant is an operating system that lets you connect and interoperate any legacy network, and almost every current and future blockchains with no overhead. This blockchain project helps governments, organizations, and individuals globally to benefit from the true potential of incredibly powerful technology. It is an enterprise OS for both permissioned and permissionless blockchains. It offers interoperability to public permissionless blockchains such as Bitcoin, EOS, Stellar, Ethereum, etc. and interoperability to permissioned blockchains like Corda, Hyperledger, and others. It is known for bridging the gap between distributed ledger technologies(DLTs) with three lines of code and prove to be a scalable way to implement DLTs for enterprise and developers.

It is the world’s first blockchain OS that not only inter-connects blockchains but also existing networks to blockchain and enables the creation of internet-scale multi-chain applications.

Want to have an in-depth understanding of blockchain-related platforms? Check out the best blockchain certifications here.

Differences between Interledger and Overledger

Now, as we have understood both the blockchain projects, let’s see how do they differ in various aspects. Let’s start with the most crucial point of difference, and that is ‘Interoperability’.

ILP requires a custom connector to bridge two DLTs, whereas, in Overledger, MApps can run across any DLT and can be used easily as a simple plug and play set up. Moreover, it just requires three lines of code.

ILP has no native token whereas, Overledger uses Quant token to pay the transaction and network fees.

Ripple took around five years to partner with 200+ banks, while Quant’s Overledger partnered with SIA that covers the interoperability infrastructure of 570 banks.

Interledger provides secure payments through any connector using ledger-provided escrow. The other most famous project, Overldger, uses digital signatures to secure the transaction.

The idea behind Interledger project is to offer interoperability and enable payers to pay quickly and at little or almost no cost, without the need for both parties to set up accounts on the same global payment service. Talking about Overldger, it aims to interconnect and access multiple blockchains through a single SDK language and API and has wide scope compared to ILP. It is even capable of talking to centralized systems such as  Amazon S3 bucket, unlike Interledger that is limited to atomic swaps where only value can be transferred.