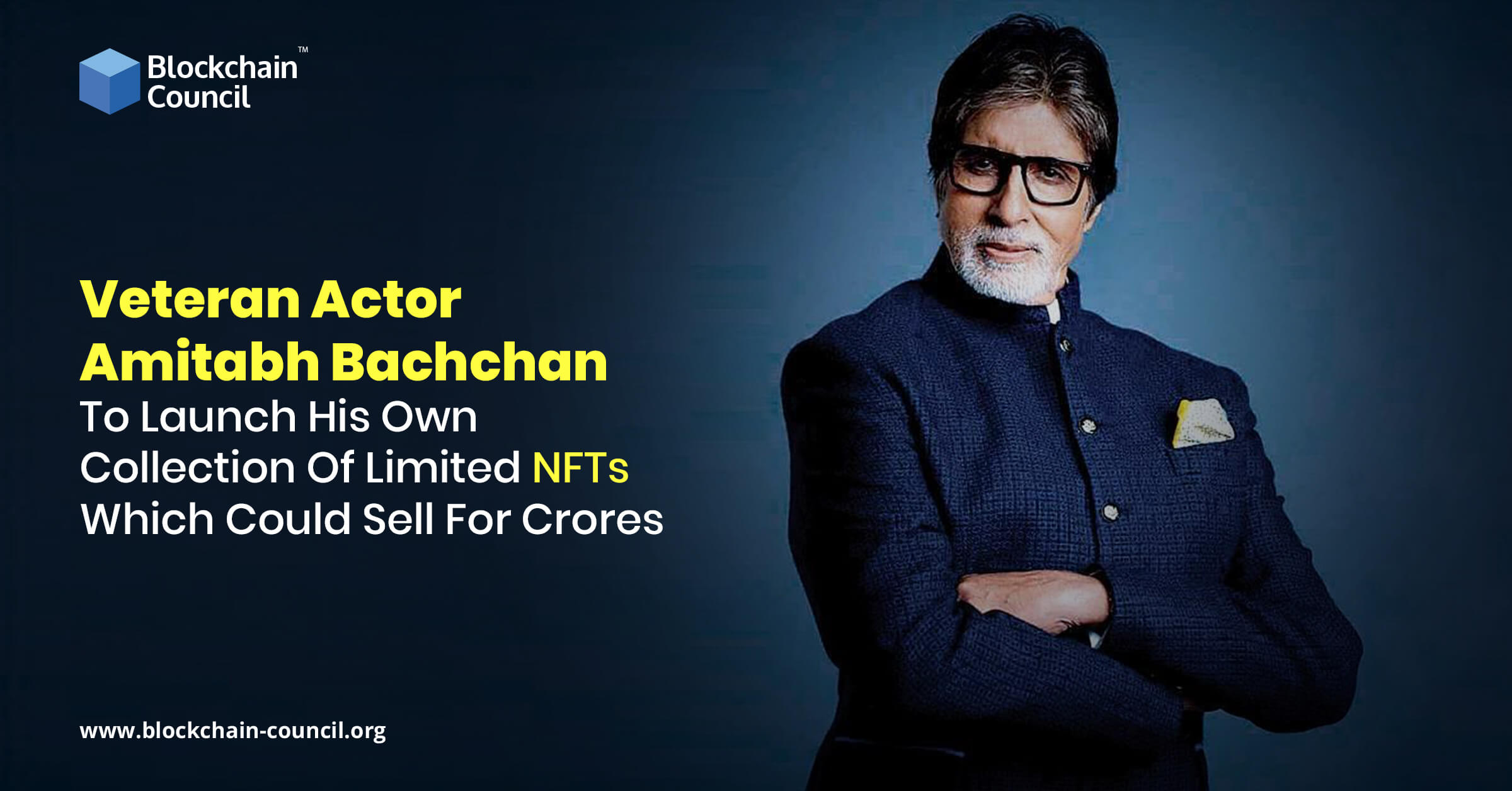 The whole world has been eventually warming up to cryptocurrencies and other digital assets as the adoption rates across the world in various industries are growing at an exponential rate, and India seems to be following in the footsteps as well. Veteran and one of the most iconic actors in India, Amitabh Bachchan has been leading the front when it comes to digital assets and he has done this by introducing a collection of unique non-fungible tokens, popularly known as NFTs. He is the first Indian actor ever to dip his toes in the world of digital assets and collectibles.

The aforementioned non-fungible tokens or NFTs are a collection of a limited edition and one-of-a-kind bunch of artworks that were inspired by the life of the great Indian actor. Rhiti Entertainment will be creating the BeyondLife.club in collaboration with GuardianLink.io and the NFTs will be provided by the BeyondLife.club only.

While growing in Varanasi , We used to watch/admire legend of Century Amitabh Bacchan ji . And Never thought that I will Be Launching His NFT . I will always be great full to legend . Having Keyur Patel as partner who is legendary in Tec world Watch on https://t.co/bED11pakGC pic.twitter.com/Fdchoe7dak

Through this initiative, Amitabh Bachchan has once again made history by being the first-ever Indian actor of this stature to join the entire NFT revolution and ecosystem. Arun Pandey, who is also the Managing Director and Chairman of the Rhiti Group, expressed his sincere gratification and respect for Amitabh Bachchan by posting a photo where he can be seen sharing the screen with none other than Mr. Bachchan himself and he also spoke about how he feels about the launch of the NFTs.

He posted in a tweet stating that while he was growing up in Varanasi, he along with everyone around him were huge fans of Amitabh Bachchan, whom he calls the Legend of the Century.  He exclaimed that it was beyond his wildest imagination that he would be the one to launch non-fungible tokens for this iconic personality of Indian Cinema. He expressed his gratitude by saying that he will always be grateful to the living legend for giving him this opportunity. He also thanked Keyur Patel, who is an expert in the world of technology and has helped him along this journey and the NFT initiative.

Among the collection of NFTs which are up for sale, one of them is a recital of poems by Amitabh Bachchan from a book named Madhushala, which is basically a collection of poems written by his late father, Harivansh Rai Bachchan. Amitabh Bachchan stated that he will also be offering tales along with the rectal of the poems. The NFT collection also includes famous posters which are autographed by Amitabh Bachchan himself and they signify some of the turning points in the iconic actor’s career. Apart from that, there will be a host of presents which have not yet been disclosed.

The website declared that if someone wishes so, they can actually post on the website regarding the kind of proposal they have in mind in regards to the NFTs. These proposals will then be personally sent to Amitabh Bachchan and he may consider them if he likes the ideas. This will create more of a personalized experience with an NFT. The BEyondLife.club website simply asked individuals to be creative and go really wild on their ideas. They can be anything ranging from an audio clip, a meet and greet offer, or even a signed poster.

The NFTs are stored on a blockchain where these digital assets will be provided with a unique identity. As a result, these NFTs will become non-interchangeable because of the individual unique identities they will receive. An NFT can easily be created from an asset from the real world, for instance, a painting, music album, a game, a meme, or even a sports car. To learn more, one can look into the wide section of Blockchain and NFT courses and certifications provided by Blockchain Council, which is one of the foremost authorities in this domain, in the world.

BeyondLife.club has given out a statement mentioning that the iconic megastar Amitabh Bachchan is the first actor in Bollywood to put out his own collection of NFTs and has made history once again. According to them, these souvenirs will most definitely honor and pay tribute to his illustrious career as one of the most successful actors in Bollywood to have ever lived. Also, this initiative will commemorate the launch of the very first platform for NFTs in India such as this one.

According to Pandey, the main purpose behind conducting this initiative is to help empower artists, athletes, and celebrities on an international level and also making sure that the users can gain access to the purest version of the content.