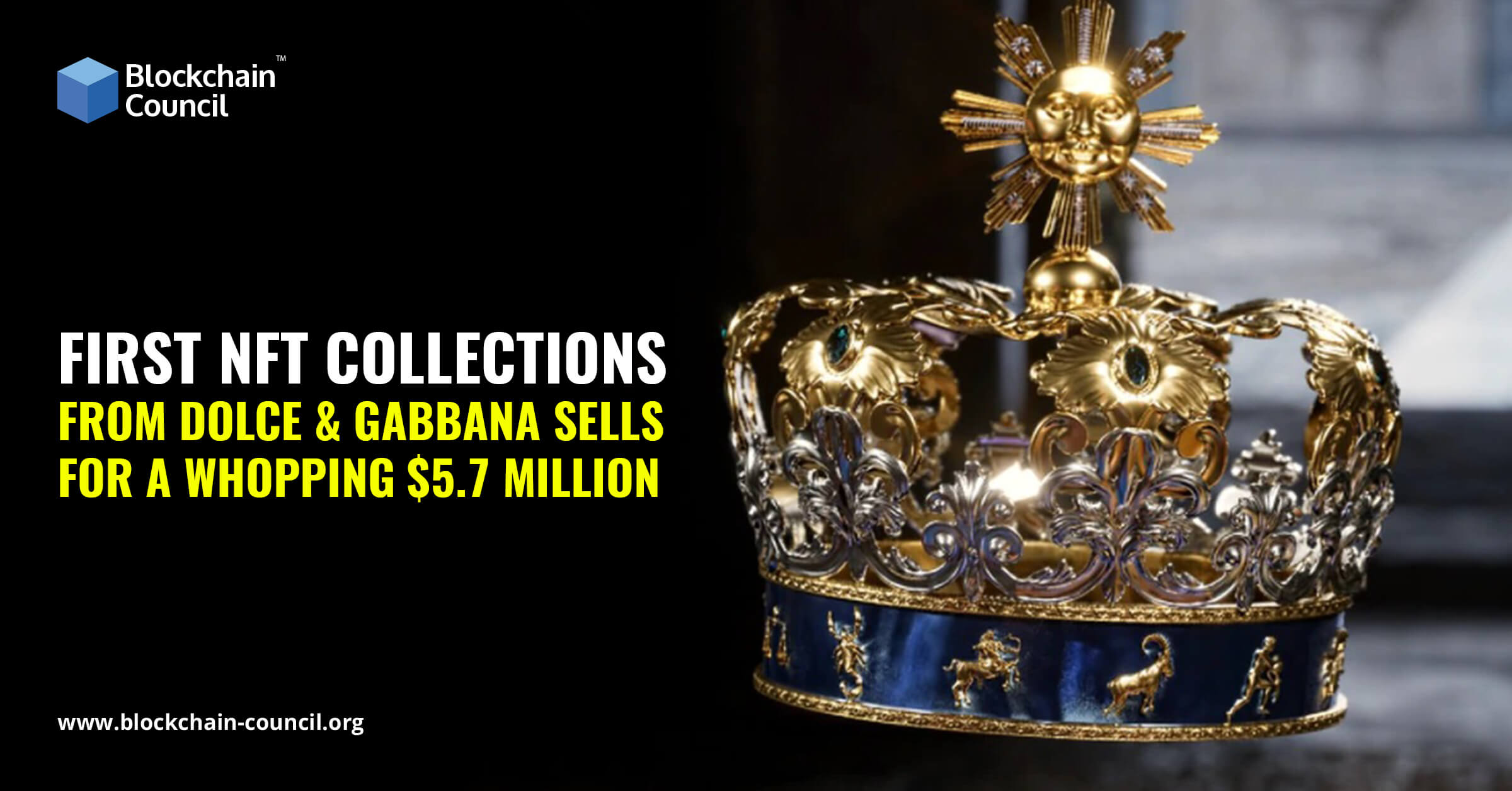 The Metaverse is already witnessing the introduction of luxury fashion, and there is already a new digital fashion DAO which is super connected and is called the Red Dao, and as of now, this is the one that has been dominating the space, literally.

The globally popular Italian luxury fashion brand Dolce & Gabbana have completed their very first auction of NFT collectibles on the UNXD marketplace, which was named Collezione Genesi. The offering has been successfully able to attract a solid 1885 ETH, which, if translated in normal currency value, amounts to a hefty $5.7 million at the time of reporting.

The first NFT collection auctioned by Dolce & Gabbana was not entirely a digital event. According to reports, the high bidders who took part in the auction could actually afford to receive a physical piece of jewelry or apparel that was handed over to them in addition to the digital version. An NFT is basically used as a receipt for a digital item that is super rare, and it is verified by a blockchain platform which in this case is that of the popular Ethereum.

Rise of a DAO

The huge sale accompanied by two others has been handed over to the Red DAO, which is an upgraded form of Decentralized Autonomous Organization (DAO) that is completely geared toward collecting valuable apparel but of a digital nature. The collective was recently launched by the popular Flamingo DAO, which in itself is a highly capitalized DAO, and it is also famous for being one of the major investors in the world of NFT collectibles. According to the information on their website, there is already a collection worth $7.5 million in the hands of Red as of now.

Megan Kaspar, who is a prominent member of the Red DAO, stated that digital apparel are becoming extremely popular and is a massively surfacing area of opportunity in the NFT ecosystem at this point.

Kaspar also confirmed that the collective also did win the coveted Doge Crown, which is basically a jeweled crown that also carries a physical version that is included in the package. Which was sold for 423.5 ETH, and if translated, that amounts to $1.27 million.

In Conclusion: Are you interested in learning more about NFTs?

Becoming an expert on Non Fungible Tokens is easy now, owing to a host of amazing courses from Blockchain Council, which is a premier organization offering superb online training and certification programs to aspiring individuals who want to have a successful career in the Blockchain space.