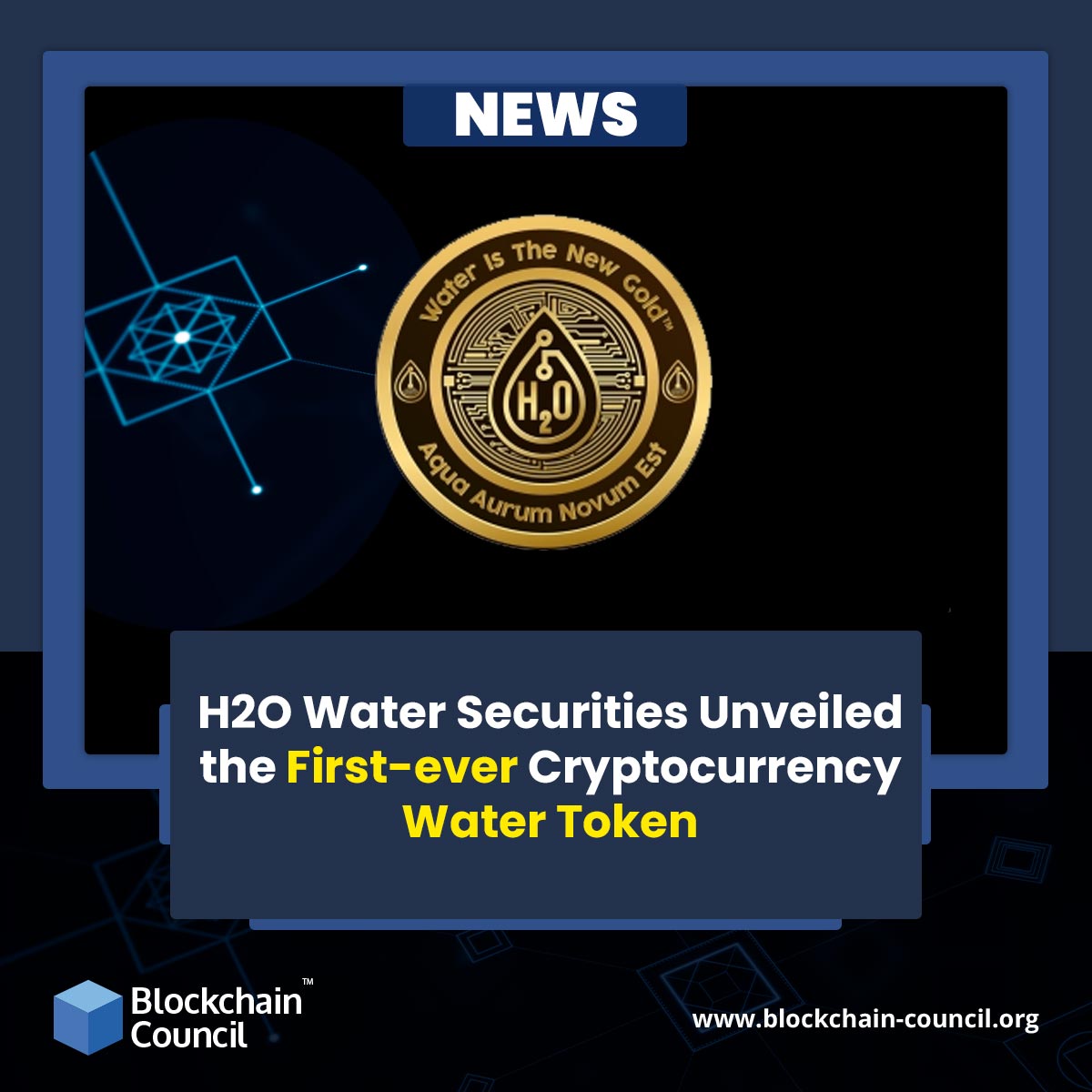 H2O Water Securities, a South African company that combines funding, infrastructure, and expertise in the construction and operation of water facilities, has unveiled a crypto water coin that is the first of its kind in the world.

The cryptocurrency token H2ON (Water Network) serves exclusively as a means of generating funds for global water project funding. A $150 million investment has already been made in H2ON by the Bahamas-based digital asset investment company GEM Digital. The utility tokens that GEM Digital invests in are traded on more than 30 controlled and decentralized exchanges worldwide.

The company estimates that more than two billion people worldwide—nearly 30% of the population—live in water-scarce circumstances, and that number is expected to increase to 50% by 2030.

“The focus with the H2ON token is largely on the finance of water projects overseas and not so much on the technical engineering and constructing of such projects,” says Julius Steyn, CEO, and founder of H2O Holdings.

According to Steyn “We received evidence of widespread interest in the idea of a digital H2O Securities token from our inaugural decentralized listing. With a listing price of around $0.75 and a trading volume of $100,000 at first, it quickly rose to $5.00 and then topped $11.00 in less than 24 hours. It was the fastest-growing token in the world during the early phases of listing and reached a 24-hour trading volume high of over $450,000. Coin Market Cap (CMC) was used to track the original listing, and it will continue to do so for the debut Centralized Exchange listing.”

The Blockchain Council provides a number of comprehensive certifications for cryptocurrency enthusiasts who want to work as specialists in the field of cryptocurrencies and blockchain technology. Candidates acquire a broad grasp of a variety of theoretical and applied difficulties throughout the courses. These reasonably priced services also provide you direct access to the rapidly expanding blockchain and cryptocurrency industries.