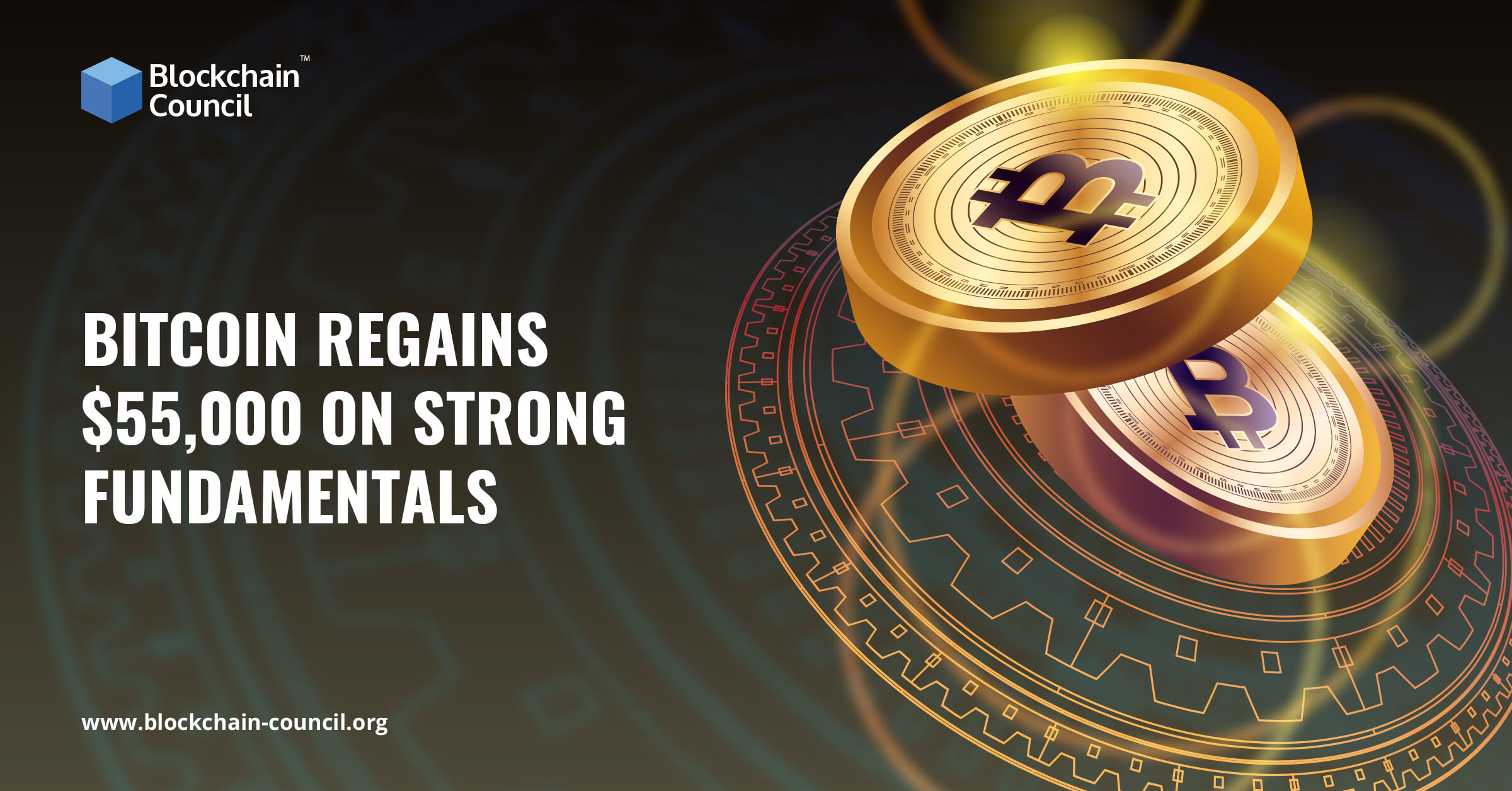 The bulls of Bitcoin have again taken Bitcoin to another astonishing level. For the first time in 5 months, the valuation of Bitcoin has reached the mark of $55,000. The month of September had been a dull phase for the cryptocurrencies. However, Bitcoin has returned with a jolt during the first week of this month with a solid $55K.

Bitcoin, the most popular cryptocurrency in the world, is now only a mere $10,000 shy from reaching the all-time record position. In April, 2021, Bitcoin surpassed $64,000 breaking all previous records.

The price of Bitcoin recently surged to $55,077.67 after witnessing a steady 6.82 percent increase in the last 24 hours. It is also important to mention that Bitcoin had already touched the $55,000 mark on Wednesday, even though it was a brief affair.

According to the expert analysts, it is difficult to point to a certain factor that might have caused the surge or dip in the prices of Bitcoin. Being the first cryptocurrency, Bitcoin’s trading history is intensely complex. There are multiple factors at play that cause rising or plunging in the price.

Furthermore, the increasing popularity of Bitcoin on prominent social media platforms could be the contributing factors behind the surge in the prices of Bitcoin. Both of these factors indicate that Bitcoin is resistant to volatile situations in the traditional market or ‘cryptocurrency never goes down.

The experts are of the opinion that there is also another reason which can be a potential contributor to this sudden surge in Bitcoin prices. Speculatively, the Securities and Exchange Commission of the United States (SEC), might approve Bitcoin ETF or exchange-traded products in the coming few weeks.

The research team at CoinDCX pointed out, Gary Gensler, Chairman of the SEC, once said that as soon as Bitcoin hits $55,000 within a span of 5 months, it’ll qualify for ETF approval. He has reaffirmed the entire global crypto community that the United States does not stand in favor of banning cryptocurrencies.

On the contrary, Gensler urged the crypto exchanges to register themselves with the SEC and also to regulate the stablecoins.

So are you interested to learn more about Bitcoin and other cryptocurrencies and make huge profits like the others through cryptocurrency trading?