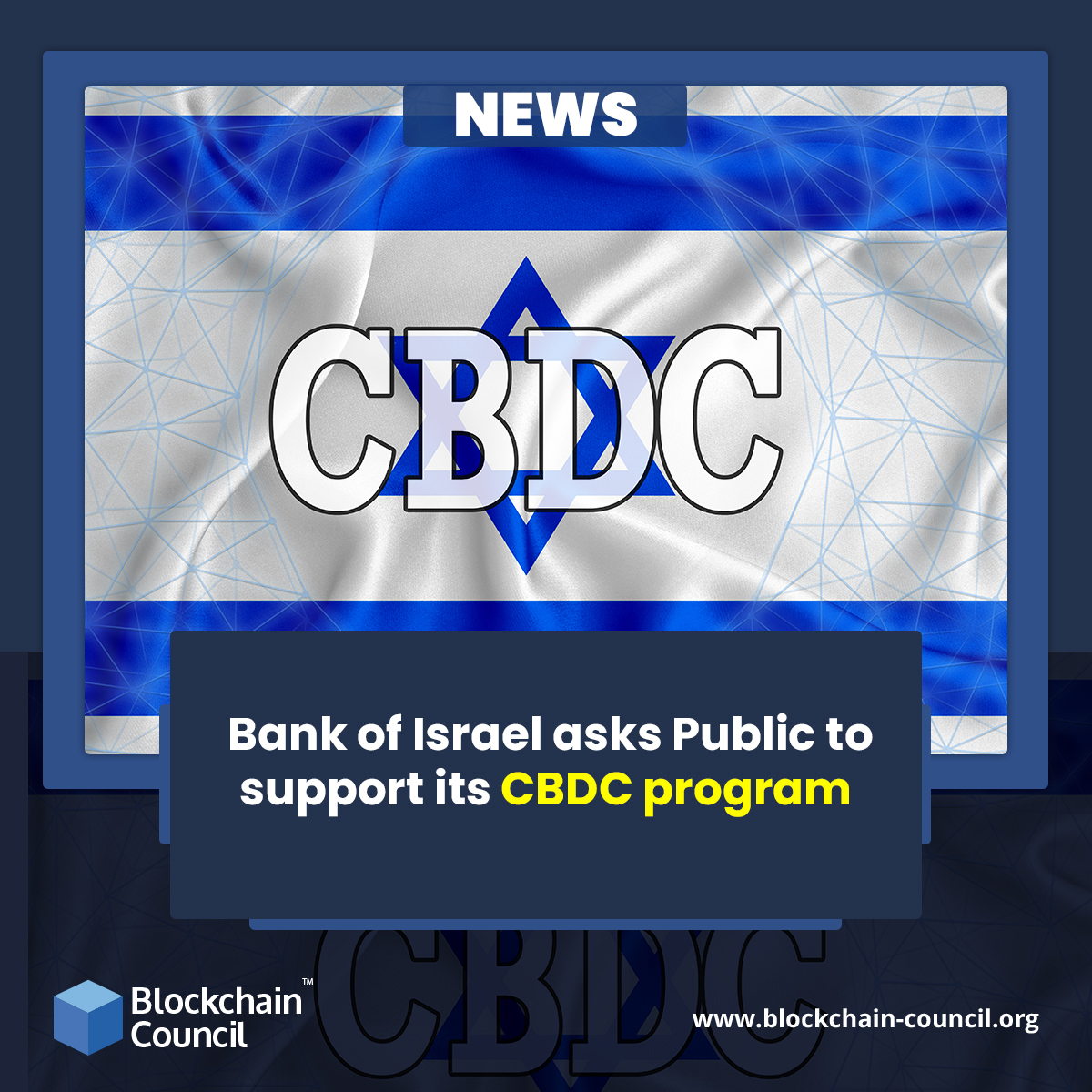 Stakeholders agree that the digital shekel would increase competitiveness, but their opinion remains divided concerning privacy.

The public reaction regarding “digital shekel’s” implementation has been overwhelmingly supportive; however, the Central Bank of Israel has yet to declare the final decision.

According to a popular tabloid, the Bank of Israel summarised the outcomes of a public consultation on its central bank digital currency (CBDC) plans on Monday. It received 33 responses from diverse industries, half of which came from outside the nation and 17 from within the fintech community in the United States. However, it noted while emphasizing that a final decision on the project’s fate had yet to be made:

“Every response to the public consultation demonstrates that people want to learn more about the many implications for the payments system, financial and monetary stability, legal and technological problems, and more.”

While the general public feels that the digital shekel would increase competition in the payments industry, the privacy issue has emerged as a source of debate. Some opponents want complete anonymity for the future currency, while others argue that anonymity is impossible to achieve in the battle against money laundering and the illicit economy.

The Bank of Israel intends to keep researching and maintaining a productive engagement with all key stakeholders at all levels of research and development.

Elad Mor, the CEO of worldwide blockchain PR agency MarketAcross, which is based in Israel, discussed about the Israeli crypto community’s opinions regarding the digital shekel:

“Most advocates of the digital shekel CBDC appear to be painting the subject in broad brushstrokes. In other words, even if it doesn’t conform to crypto’s essential characteristics like decentralization and anti-institutionalism, any crypto acceptance is still adoption.”

According to Mor, every member of Israel’s digital financial sector does not envision the same goal. Nonetheless, he feels that “bringing crypto to the public must begin with some institutional and governmental participation.”

The central bank examined the CBDC initiative for the first time in late 2017. Although the study committee recommended that the program be placed on hold for the time being, the Bank of Israel relaunched it in May 2021. In November 2021, it stated that it will accelerate research. In March 2022, the Bank of Israel stated that the ultimate implementation of the digital shekel will not pose a threat to the national financial system.

CBDCs, or Central Bank Digital Currency, are digital tokens that the central bank issues. These digital tokens are identical to cryptocurrency and are linked to the fiat currency value of the respective country.

While some nations have become early adopters of CBDC, still there are many nations that are in the process of developing CBDCs. Because so many countries are looking at ways to transition to digital currencies, understanding what they are and the benefits they may give is crucial.

If you want to learn everything there is to know about cryptocurrencies and blockchain technology, the Blockchain Council’s extensive certifications are for you. Through the courses, students get subjective and practical information in an easy-to-understand manner. They’re pocket-friendly and provide you immediate access to a quickly growing market.

A Detailed Guide: What is Dai and How Does It Work?
Scroll to top