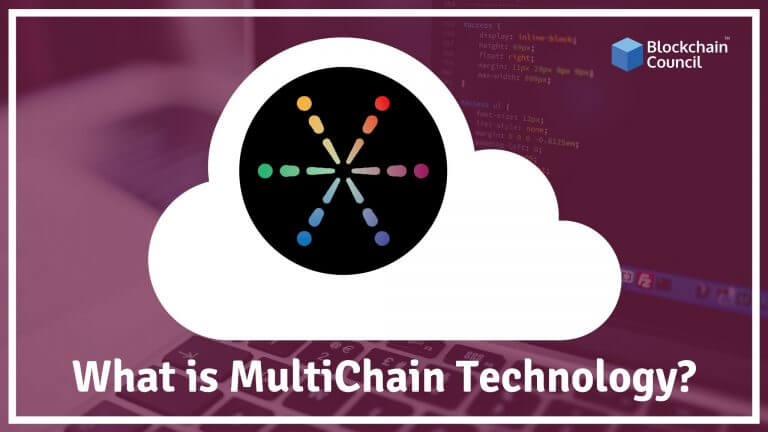 The MultiChain technology is a platform that helps users to establish a certain private Blockchains that can be used by the organizations for financial transactions. A simple API and a command-line interface are what MultiChain provides us. This helps to preserve and set up the chain.

What is MultiChain Technology? from Blockchain Council

The objectives of MultiChain:

The Blockchain‘s visibility should always be actively kept within the chosen participants to avoid confusions so as to ensure stability and control over which transaction exist. The process of mining can be done more safely with the help from proof of work as well as the cost associated with it. This Blockchain model whereas only transacts the accounts validated to the participants of this chain.

The process of hand-shaking in MultiChain occurs when the nodes in a blockchain connect with each other. MultiChain takes place when two Blockchain nodes connect. The identity of each node represents itself with an address with a list of permissions.Therefore the each node which it represents sends a message to the other users. The P2P connection aborts if they do not receive any satisfying results from the process.

The process of mining in MultiChain technology:

The efficacy of block is verifiable by performing the following:

This, in turn, put the round-robin schedule in effect. The miners create blocks in a rotation in this schedule so as to generate an accurate BlockChain. The mining diversity criterion establishes the rigidness of the scheme. The “one” value delineates that the rotation includes every permitted miner. Whereas zero result means no restrictions at all.

In Multichain, the transaction fees and the Block incentive is null by default. However, you can name these value in the params.dat file. This file encloses the whole configuration like: