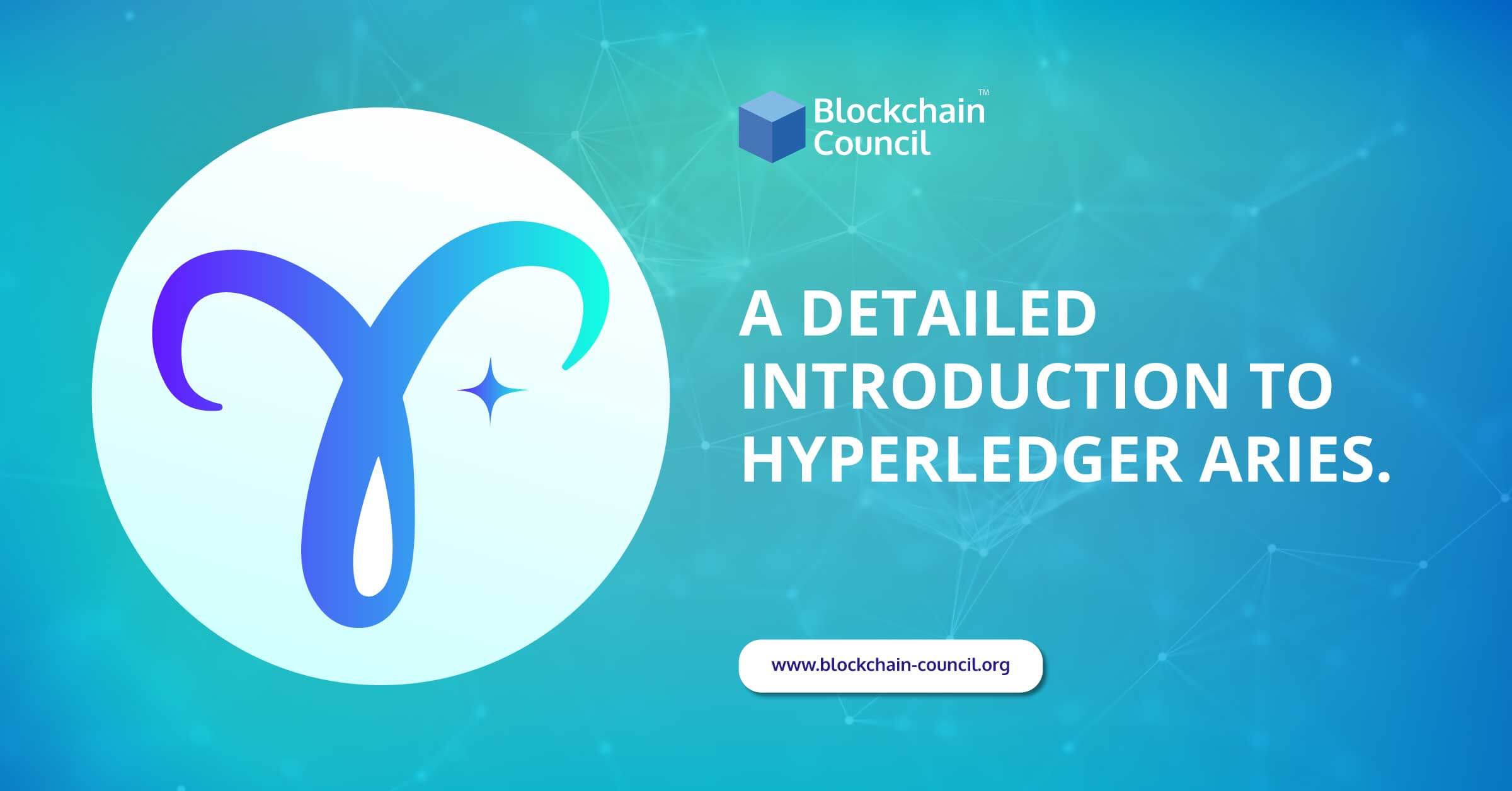 Hyperledger is an open-source, global collaboration hosted by The Linux Foundation. It helps create and develop enterprise-grade, distributed ledger frameworks to support business transactions. Hyperledger was launched in the year 2016 with an organizational and technical governance structure and 30 founding corporate members. It uses a modular approach to build blockchains, and this helps companies develop what works best for them. It has attracted big companies such as J.P.Morgan, IBM, Intel, and Samsung.

Identity is regarded as one of the most promising use cases of distributed ledger technology. Solutions and initiatives focused on creating, storing, and transmitting verifiable digital credentials will benefit from a reusable, shared, interoperable tool kit. One such shared infrastructure of tools launched recently is Hyperledger Aries. It is regarded as the 13th project on the hyperledger framework. Let us delve deeper to understand what Hyperledger Aries is and how it works.

What is Hyperledger Aries?

What Hyperledger Aries Intends to Do?

Who is Involved in the Hyperledger Aries Project?

The Sovrin Foundation is credited with being the primary contributor for this initial initiative along with the team from the Government of British Columbia. Possible contributions and endorsements from various organizations are in flight. Hyperledger has helped attract a variety of contributors and has proven to be an open, collaborative environment for growing the community. Hyperledger Aries has received an enthusiastic response from like-minded members of the community.

Where did Hyperledger Aries Come From?

With the cryptographic code and the main wallet moving to its own project, it only makes sense to move the pieces that are needed for supporting the processes, to avoid cross dependencies between Hyperledger Indy and Hyperledger Aries and support a standards-driven approach.

What Does Hyperledger Aries Include?

Hyperledger Aries will additionally provide the functionality and features outside the scope of the Hyperledger Indy ledger to be fully planned and supported. Thanks to these capabilities, the community can now build core message families to facilitate interoperable interactions using a wide range of use cases that involve blockchain-based identity.

The main goal of Hyperledger Aries is to provide a dynamic set of capabilities for storing and exchanging data related to blockchain-based identity. These capabilities will range from the secret, secured storage of data such as private keys, until the capability of globally accessible data that can be accessed or viewed by anyone. A typical example of such support is creating a secured storage solution similar to the wallet that is available today in Hyperledger Indy.

Another functionality of Aries that may be in scope for a 1.0 project release would be a Decentralized Key Management Solution (DKMS) that would add wallet backup, key recovery, social recovery, and restore functionality. With DKMS, clients will require a way to interact peer-to-peer with one another. This is currently in development within Hyperledger Indy. A majority of this work will be based on the DKMS documents that are outlined in the Indy-HIPE dkms design folder. This will help store private keys, verifiable credential data, relationship state data, and functionality that could perform operations with this data without the need for extracting this data.

The contributors of Hyperledger Aries and the Hyperledger framework eventually hope to provide a scalable, searchable storage layer that has the capability of storing other data that is necessary for identity maintenance. Some examples of this are health records, pictures, or other personal information.

To know more about Hyperledger and get instant updates about hyperledger certifications, check out Blockchain Council.