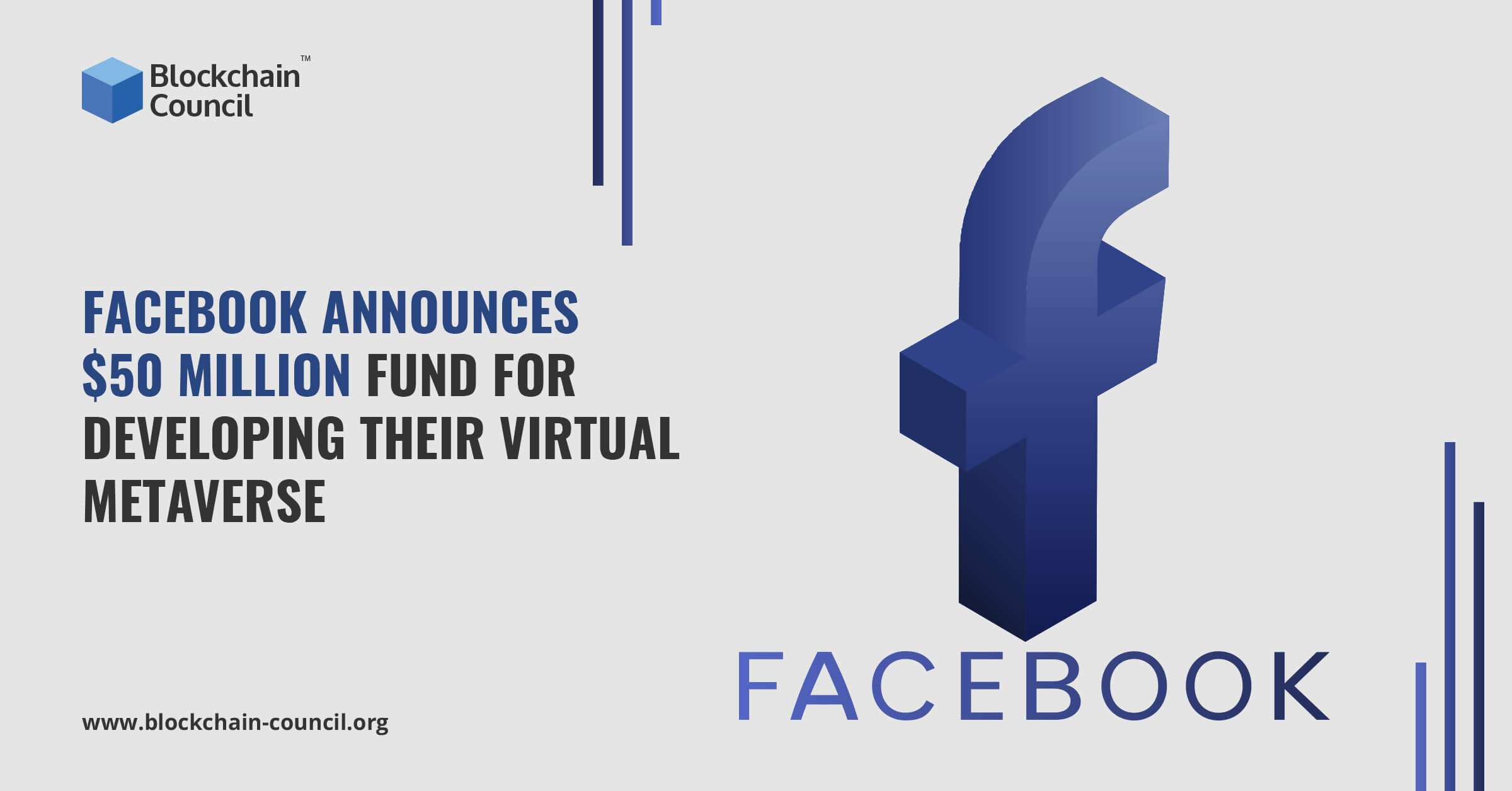 The global social media giant, Facebook, has recently announced their plan to allocate a solid sum of $50 million to a fund for a couple of years that will be tasked entirely with initiating work on realizing the firm’s long-cherished vision for developing a fully operational virtual metaverse.

The announcement made on September 27th itself clearly articulates the company’s vision for building its metaverse, with details of the funding, which is slated to support the entire array of global research and the program partners who are aiming to build the platform in addition to conducting internal research.

The announcement clearly emphasized that it is not a simple task to create a completely functioning metaverse almost overnight. In order for this vision to be real, they need to collaborate and partner with several experts, policymakers, and industry partners as well.

The proposed metaverse will enable the users to interact with each other, the digital assets, and the objects around them through the help of personalized avatars in a digital environment. The funding necessary for the project will eventually be disbursed through the XR Programs of Facebook and the Research Fund.

The rumors surrounding Facebook’s plan to build an entire metaverse started circulating in the month of June this year, and during the following month, the firm declared that they had started forming an executive team who would be overseeing the concerned project.

In their latest announcement, Facebook mentioned clearly that their aim of building this metaverse does not necessarily mean that they want people to spend more time online, but in reality, their aim is to make sure that the time people are spending online can actually be spent in a more meaningful way.

Even though they have huge funding of $50 million, the social media giant believes that it will take more than even a decade to roll out a comprehensive version of this metaverse where they can launch a wide array of products and services for the users.

Facebook has also partnered with multiple non-profit organizations that represent groups of minorities as well as universities including the National University of Singapore, The University of Hong Kong, groups such as Women in Immersive Tech Africa No Filter. The reason for collaborating with these groups and institutions is to make sure that the metaverse should be deployed in such a manner so that it is entirely inclusive and ethical in its operations and features.

As Facebook rolls out its plan to mobilize capital in efforts to build the metaverse, there are several crypto developers who have already started building their own versions of the metaverses.

For instance, Decentraland is one such metaverse that is built on the Ethereum blockchain and comprises its own virtual community that owns the virtual world. The users are able to build their own 3D environments and create their personal avatars while also being able to showcase a range of products and services that can easily be monetized.

Finishing thoughts: Are you interested in developing your own NFT based virtual projects?

Learning Blockchain, and NFTs are a lot easier now, owing to amazing online courses and training sessions brought to you by the Blockchain Council. It is one such organization that offers specialised online training and certification programs to aspiring trainees and enthusiasts who want to develop a career in the world of blockchain and digital assets space. Keeping the rising demands of blockchain professionals in mind, Blockchain Council certifications are diversified to meet each aspirant’s discrete needs. They have a host of training and courses on NFTs that provide world-class knowledge and support on how to function in the world of digital assets.