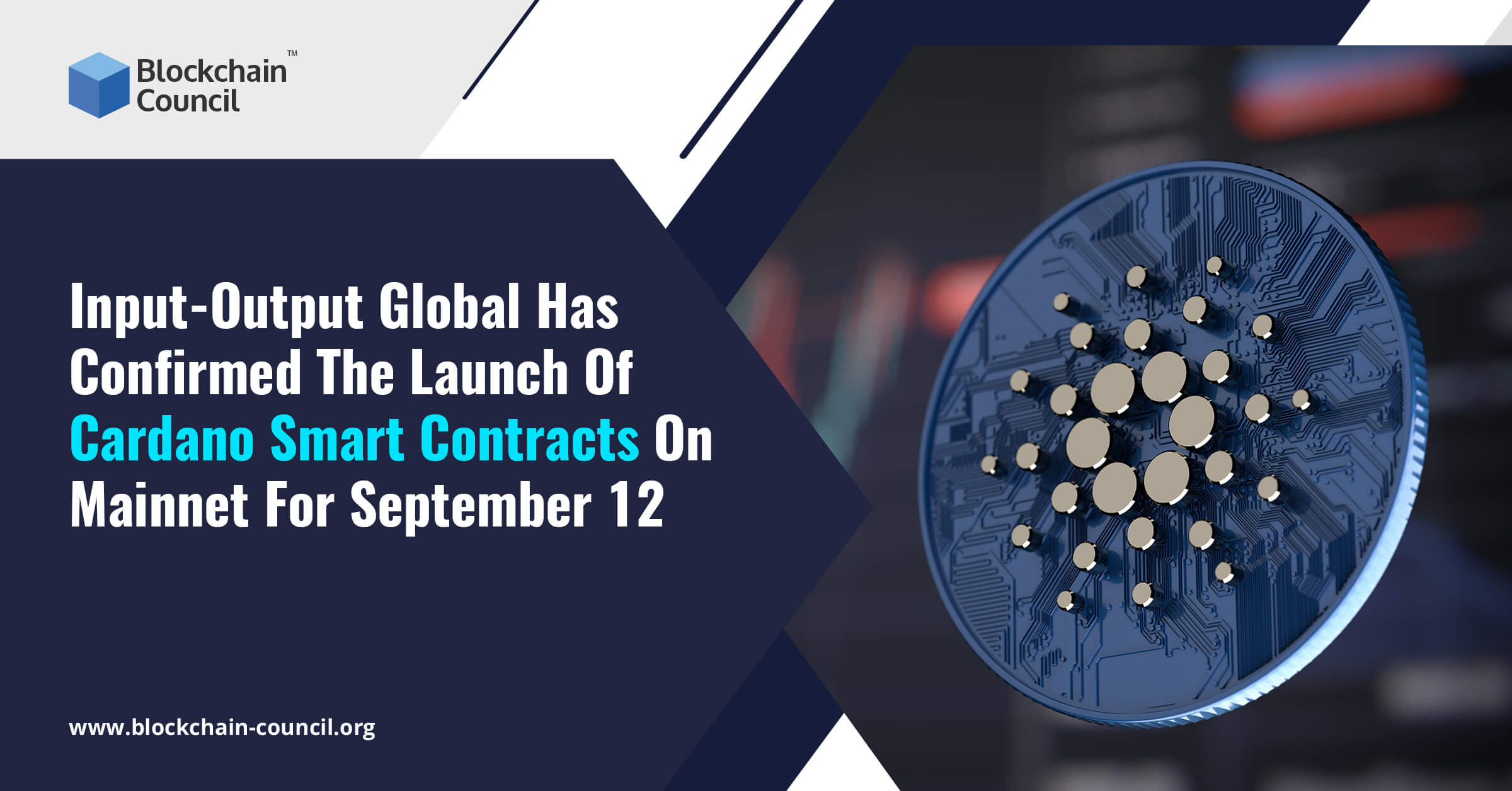 The famous Input-Output Global or the IOG has recently confirmed on its Twitter handle that the much-awaited launch of the smart contract platform of the Cardano Blockchain on mainnet, which goes by the name Plutus, is scheduled to launch this month, on the upcoming Sunday, i.e., September 12th, 2021.

As per the announcement on Twitter, an updated proposal has been submitted by the company precisely around 17:26 UTC. It is now an inevitable outcome that this updated proposal will now eventually trigger and lead to the third and the final Hard Fork Combinator (HFC) event for the increasingly popular Cardano blockchain, and this one event will finally enable Cardano to implement capabilities concerning smart contracts on a full scale.

HFC Update Proposal Triggered. Smart Contracts are in flight to land on September 12th. Congratulations everyone. The Alonzo Era is on its way. https://t.co/vLEJ2qMFRc

IOG has revealed that the Alonzo Hard Fork Combinator event will lead to being the most significant and notable of the updates that have taken place from Cardano, and this will eventually create the foundation for a new and exciting era of smart contracts in the future. In addition to this, the company also stated that Plutus would also be deploying the really interesting and unique technology of the HFC in order to integrate with the Cardano blockchain.

The company largely expressed their gratitude towards their partners and all the supporters who have been there with them since the beginning, as they are about to conclude the final phase of testing for Plutus. The company further added that as they announced that this might be the end of a long and beautiful journey, but this is also the inception of an incredibly exciting new phase of the company’s development as a network of smart contracts. They even mentioned that they would have a lot of information and news to share over the upcoming months as their entire ecosystem continues to expand and unfold.

In order to celebrate this immense achievement, the developer of Cardano will be hosting a Livestream on the coming Sunday where the team who has been working behind this platform will be sharing a lot more informative insights on the much-coveted Plutus and the tremendous potential it upholds, as the company gears up for the Summit.

Cardano dealing with rumors about its Smart Contracts

Over the course of the previous weekend, there have been a series of rumors that surfaced about the Plutus. Many users who are active on social media platforms such as Reddit and Twitter expressed their assumptions that it was not possible for Cardano to generate the necessary volume of transactions so as to be able to sustain their smart contracts initiative.

IOG was quick to provide a response to these rumors by highlighting the significance of their UTxO model of Blockchain, which basically stands for the Unspent Transactions Output blockchain model. In order to address the concerns surrounding the transactions, the company stated that it is the role of the developers to create the dApps with “more parallelism” and multiple UTxOs.

Charles Hoskinson, who is the founder of the Cardano network, also responded against the rumors surrounding Plutus, stating that a massive storm of FUD is on its way, which is similar to what happened with Shelley the previous year and that it is a commonplace affair. He added that this is what happens, and people have an intention of burning down and desecrating what they do not fully understand or cannot comprehend.

According to him, September 12th is one memorable and big day on the journey they have started together.

Finishing thoughts: Are you interested in developing your own Blockchain-based applications and changing the world?